The Catholic World Report just published my summary of Best Books of 2012. I am one of 34 contributors to CWR’s three part best books extravaganza. (See part 1, part 2, and part 3

As an academic whose interests overlap so many fields, I often find myself overwhelmed by the number of important books that I ought to be reading. 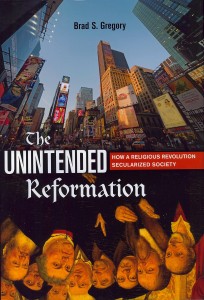 So, given the impossibility of completing that task, I try to select those books that I believe will help my intellectual development and spiritual formation, and that includes books with which I may, on occasion or nearly always, find myself in disagreement.

In 2012, there are several books I read that stood out as exceptional. I’ll begin with the one I think is the most important: Brad S. Gregory’s The Unintended Reformation: How a Religious Revolution Secularized Society (Harvard University Press, 2012). The product of a profoundly learned mind, it is elegantly written. Gregory, a Professor of Early Modern European History at the University of Notre Dame, traces the ascendancy of secularism to the influence of certain strains of thought that have their roots in the metaphysics of John Dun Scotus 1266-1308). According to Gregory, Scotus’ univocal conception of being led to the eventual domestication of God’s transcendence once it was radicalized by late medieval nominalists such as William of Occam (1285-1348). This is why in today’s world, for example, on issues concerning science and theology, both theists and atheists tend to think of God as a being whose presence is needed in order to account for natural phenomena that science cannot explain. But on the classical understanding of God—St. Thomas Aquinas being its most articulate expositor—God and science are not explanations in competition with each other. This is because God is the ground of being—the First Cause of all contingent reality—and not one cause among many.

How does Gregory move from Scotus’ univocity through the Reformation to modern secularism? Read the book. It’s a fascinating and illuminating 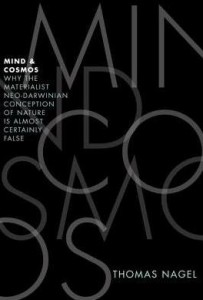 Speaking of the relationship of science and theology, Catholics and other Christians often find it difficult to think clearly about this issue, largely because we have inherited a cultural understanding of this relationship from a caricatured account of the history of the interaction between theology and science as well as the cultural and legal debates over Creationism, Intelligent Design, and Neo-Darwinism. (This, by the way, is another reason you should read Gregory’s book: he explains why these debates are often the result of mistaken metaphysics, and have virtually nothing to do with science or theology, properly understood.)

What is often missing in these debates are clear and careful philosophical distinctions. Fortunately, two of America’s finest analytic philosophers, Alvin Plantinga (a Reformed Protestant and Professor Emeritus at Notre Dame) and Thomas Nagel (an Atheist and Professor at New York University), have published outstanding books that offer just the sort of clarity and rigor that this topic requires. In December 2011, Plantinga published Where The Conflict Really Lies: Science, Religion, and Naturalism (Oxford University Press). And in Fall 2012, Nagel released Mind and Cosmos: Why the Materialist Neo-Darwinian Conception of Nature is Almost Certainly False (Oxford University Press)

>>>continue reading (You’ll have scroll down a bit).

January 4, 2013
Roe at Forty, part 1: The Court’s Failure to Address the Question of the Unborn’s Moral Status
Next Post

Catholic
Alvin Plantinga and Nicholas Wolterstorff On the Conduct...
Return to Rome

Catholic
Alvin Plantinga: "Science and Religion - Where the...
Return to Rome 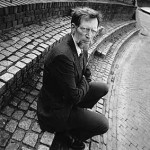