Stanley Hauerwas in one of America’s truly great public intellectuals, and perhaps the most influential theologian alive today. The Gilbert T. Rowe Professor of Theological Studies at Duke Divinity School, Hauerwas is a Protestant.  On Reformation Sunday 1995, he delivered a sermon that began in the following way:

I must begin by telling you that I do not like to preach on Reformation Sunday. Actually I have to put it more strongly than that. I do not 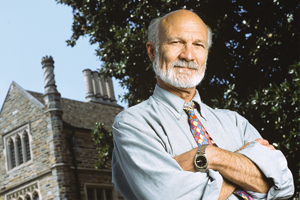 Reformation names the disunity in which we currently stand. We who remain in the Protestant tradition want to say that Reformation was a success. But when we make Reformation a success, it only ends up killing us. After all, the very name ‘Protestantism’ is meant to denote a reform movement of protest within the Church Catholic. When Protestantism becomes an end in itself, which it certainly has through the mainstream denominations in America, it becomes anathema. If we no longer have broken hearts at the church’s division, then we cannot help but unfaithfully celebrate Reformation Sunday.

For example, note what the Reformation has done for our reading texts like that which we hear from Luke this morning. We Protestants automatically assume that the Pharisees are the Catholics. They are the self-righteous people who have made Christianity a form of legalistic religion, thereby destroying the free grace of the Gospel. We Protestants are the tax collectors, knowing that we are sinners and that our lives depend upon God’s free grace. And therefore we are better than the Catholics because we know they are sinners. What an odd irony that the Reformation made such readings possible. As Protestants we now take pride in the acknowledgment of our sinfulness in order to distinguish ourselves from Catholics who allegedly believe in works-righteousness.

Unfortunately, the Catholics are right. Christian salvation consists in works. To be saved is to be made holy. To be saved requires our being made part of a people separated from the world so that we can be united in spite of — or perhaps better, because of — the world’s fragmentation and divisions. Unity, after all, is what God has given us through Christ’s death and resurrection. For in that death and resurrection we have been made part of God’s salvation for the world so that the world may know it has been freed from the powers that would compel us to kill one another in the name of false loyalties. All that is about the works necessary to save us.

October 28, 2013
Essays on the relationship between Evangelicals and Catholics
Next Post

Fasting Friday: Thinking about Hell
Catholic and Enjoying It!
Related posts from Return to Rome 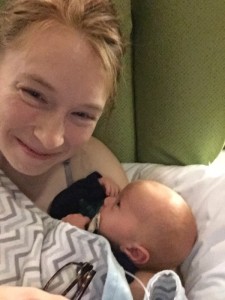