Racial and Sacred Imagery in Abraham Lincoln, Vampire Hunter and Other Works by Seth Grahame-Smith 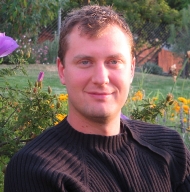 The novels of Seth Grahame-Smith are drawing a lot of attention these days. His books don’t sell as well as Dan Brown’s and Abraham Lincoln, Vampire Hunter didn’t do as well as producers would have liked, but with that novel in theaters, Pride and Prejudice and Zombies a smash-hit from 2009, and now Unholy Night released in April, he has quite a trilogy of tales. What has gone unnoticed, however, is how consistently his works are permeated with white supremacy. It is a disturbing trend that is only now being realized.

The assumption of white superiority is subtle in Grahame-Smith’s goofy historical fictions. But it is there. For instance, in the promotional video for his most recent novel, Unholy Night, which explores the early years of Jesus and presents the Three Wise Men as bad-ass protectors, Grahame-Smith links Jesus to the white race. Before the “Wise Men” bludgeon and bloody the evil Roman soldiers around them, Mary and Joseph hold their precious baby Jesus. When the little son of God opens his eyes on this “not-so-silent” night, he stares up with beaming blue eyes. What Grahame-Smith doesn’t realize is that representing Jesus with blue eyes has been one of the most racially contested ways to represent Jesus in American history. To cite the most famous example, Malcolm X routinely attacked the notion that Jesus was white. Boxer Muhammad Ali even told his father (who had painted white Christ images to make extra money), he would no longer be “prayin’ to no blond-haired blue-eyed Jesus.”

Grahame-Smith’s assumed white supremacy goes beyond simple eye color, though. In the novel version of Abraham Lincoln, Vampire Hunter, there is not one African American character with depth or identity. When slaves show up, they do simply as slaves. They rarely have names and they merely follow the lead of whites like Abraham Lincoln and William Seward to achieve their freedom. Grahame-Smith even has the nerve to take a political cartoon from the 1830s used to represent Nat Turner’s slave insurrection (where Turner and a band of black slaves tried to free themselves in Virginia with force) as an image from after the Emancipation Proclamation of 1863. The caption reads: “Abe’s Hopes Were Realized When Slaves Began Revolting Against Their Vampire Captors in the Wake of the Emancipation Proclamation.” (figure 11.2, page 303) The film version included Harriet Tubman as a key figure, but cast actress Jacqueline Fleming who looks little like Tubman (and whose mother is European). This casting has caused some media ripples, but nothing like reactions to The Hunger Games’s Rue being black.

Grahame-Smith is not just having fun with history. He’s bastardizing the past in such a way that represents white men as leaders and black men as followers, where white men win freedom for others, and where vampires pushed slaveholders into Civil War. Put simply: northern white Republicans are good; southern whites are dupes; and black Americans are either prey or pawns. I guess Abraham Lincoln’s emigration hopes that perhaps all African Americans would leave the United States wouldn’t help Grahame-Smith sell books.

In an historical moment when America’s first black president is fighting not only his political life and his main achievement, the subtle racial politics of Grahame-Smith’s works should not be excused because it is “historical fiction.” The problem is not that he bends facts; the problem is that when Grahame-Smith does it, he tends to do so in ways that privilege whiteness and denigrates blackness – and he stretches it from the Age of Christ to the Age of Lincoln. Perhaps in this Age of Obama, we can move forward.

Edward J. Blum and Paul Harvey are scholars of race and religion in American history. They are the co-authors of the forthcoming book The Color of Christ: The Son of God and the Saga of Race in America (University of North Carolina Press).

July 12, 2012
Fred Luter: Head of the Southern Baptist Church: A Reader
Next Post

A spy in the house of...
slacktivist
Related posts from Rhetoric Race and Religion