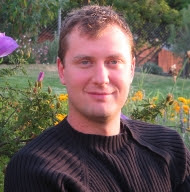 Edward J. Blum (University of Kentucky, 2003) is a historian of race and religion in the United States. He is the author (with Paul Harvey) of The Color of Christ: The Son of God and the Saga of Race in America (2012), W. E. B. Du Bois, American Prophet (2007), and Reforging the White Republic: Race, Religion, and American Nationalism, 1865-1898 (2005). He is also the co-editor (with Paul Harvey) of The Columbia Guide to Religion in American History (2012), (with Jason R. Young) The Souls of W. E. B. Du Bois: New Essays and Reflections (2009), and (with W. Scott Poole) Vale of Tears: New Essays on Religion and Reconstruction (2005). Blum has been awarded the Gustave O. Arlt Award in the Humanities by the Council of Graduate Schools for the best first book by a historian published between 2002 and 2009 (2009), the Peter Seaborg Award for the best book in Civil War Studies (2006), and the C. Vann Woodward Dissertation Prize for the best dissertation in southern history (2004). Twice he has been recognized by the Gustavus Myers Center for the Study of Bigotry and Human Rights and in 2007 was named by the History News Network a “top young historian.” He has been a fellow with the W. E. B. Du Bois Institute at Harvard University and with the National Endowment for the Humanities. In the classroom, Blum engages the past in a variety of ways, whether through music and images or debates and historical simulations. His courses include Antebellum America, the Civil War and Reconstruction, American religious history, and history through biography. He is a co-editor of the teaching blog and with Elizabeth Cobbs Hoffman and Jon Gjerde of Major Problems in American History.

Was Jesus Lily-White? Author Edward Blum Discusses Race and the Mormon Religion
Racial and Sacred Imagery in Abraham Lincoln, Vampire Hunter and Other Works by Seth Grahame-Smith
What’s at Stake? Race and Evangelical Naming
Faces and Places of Christ: An Introduction
Christ in Alabama (and Tennessee and Georgia)
The Image of Christ
Mitt’s Jesus, Barack’s Jesus, and Why Christ’s Color Matters
Race, Place, and Jesus in American History
Obama and Jeremiah Wright: Why a Pull Ad Does Not Mean a Dead Issue

To Those Christians Who Say, "God...
The Official Blog of Benjamin L. Corey
Related posts from Rhetoric Race and Religion