Did you see where NBA commissioner Adam Silver said the expansion of the league was “inevitable” and mentioned Mexico City as a possibility? With the Toronto Raptors already playing in Canada, the league would then have a foothold on the entire continent of North America.

What if sports was the real American religion? What if the NBA and NFL have replaced American Christianity as the culture spreading, revenue generating institutional arm of manifest destiny? Nah, couldn’t be. Because if that were true, there’d be overt connections between sports and national identity….like the singing of the anthem and saluting the flag before games.  And any who dared to disrupt these sacred moments might find himself barred from participation.  A violator of this type would be severely penalized because he ultimately jeopardizes the “inevitable” realization of continuous expansion.

Such a demonstration might threaten the very foundations of American religion. Threaten a people’s religion, and inevitably, you threaten a people’s cultural and economic centers. Besides, I don’t imagine someone who disrupted a church service by standing up (or kneeling peacefully) in protest (just because a few unarmed black people got killed) would be allowed to remain for the remainder of the service in most churches, let alone hope to find employment there. Hell, this is America. Unarmed black people have been dying here since 1619. We can’t let that pitiable blemish on the record of American freedom get in the way of manifest destiny, can we?

I don’t know. Maybe I should just watch the highlights. 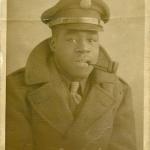 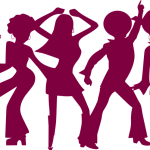