Learning to Read Scripture with the Fathers (and the Father)

Learning to Read Scripture with the Fathers (and the Father) July 7, 2020 Richard Murray 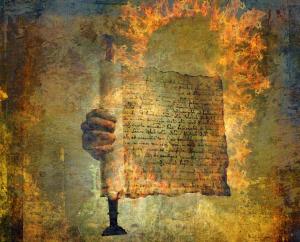 I had the honor of teaching my firstborn how to read. And it bonded us in a special way.

How much more should we then let Abba’s paternal Spirit teach us to better read Scriptures.

And, even on a more common sense level, shouldn’t we also grant the early church fathers a parental role in tutoring us on the reading styles prevalent in Jesus’ day? They knew the colloquial language and reading styles of Jesus’ world much better than we moderns.

The early church fathers were so rich in their understanding of God’s good nature.

They birthed an irrepressible insight about Scriptural interpretation that prompted them to plant their hermeneutical flag deep into the ground. They were willing to stand and contend against ANY dead literal reading of Scripture which maligned and defamed God’s character by attributing to Him any kind of despicable behavior.

The fathers believed that ANY Bible reading was DEAD WRONG if it literally painted God as a child-drowning, infant-burning, throat-slitting, famine bringing, plague-slinging, women-raping, people-smiting killer.

“Saint Ambrose (and Augustine) took Paul’s statement ‘the letter kills but the Spirit gives life’ as a slogan for allegorical interpretation.” A. Berkeley Mickelson, INTERPRETING THE BIBLE, Eerdmans Publishing, 1963, page 34. Ambrose was the Bishop of Milan was one of the four great doctors of the western church.

The great eastern church father Origen, wrote, “Ignorant assertions about God appear to be nothing else but this: that Scripture is not understood in its spiritual sense, but is interpreted according to the bare letter.” (On First Principles 4:2.1-2, 4).

Gregory of Nyssa wrote that “allegory” allowed certain OT Scriptures to be “converted from the raw and indigestible state of their literal meaning into a wholesome and healthy intellectual food.” (Hom., in Cant., prol.).

The great western father Augustine taught that the harmful husk (literal reading) of Scripture had to be removed so that the valuable kernel (allegorical meaning) could be consumed. (On Christian Teaching, 3.12.18). Saint Augustine said, “If a passage seems to endorse wickedness or wrongdoing or to forbid selflessness or kindness, it is figurative and not to be read literally.” He believed that all Scripture must be interpreted through the love of God and neighbor, on which all the law and prophets hang. Matt. 22:37-40. (Source: On Christian Teaching, see 3:10.14; 3:11.17; 3.16.24).

Augustine used the Rule of Divine Character when allegorizing, which essentially holds that the character of God revealed in Jesus cannot EVER be violated by the literal reading of ANY Old Testament Scripture. If the passage “appears on its face” to attribute unworthy motives, brutal behavior, cruel intentions, hypocritical conduct or coercive attributes to God, then it must be read allegorically and NOT literally.

“Wherefore, in the Old Testament there is a veiling of the New, and in the New Testament a revealing of the Old. According to that veiling, carnal men, understanding things in a carnal fashion, have been under the dominion, both then and now, of a penal fear. On the other hand, spiritual men… have a spiritual understanding and have been made free through love which they have been gifted.” Saint Augustine (On Catechizing the Uninstructed 4:8; NPNF 1/3:287).

John Cassian stated the church fathers’ dynamic bottom line against dead letter Bible reading in the following excerpt from Institutes 8.4: “And so, since these things cannot without horrible sacrilege be literally understood of him who is declared by the authority of Holy Scripture to be invisible, ineffable, incomprehensible, simple, and uncomposite, the disturbance of anger (not to mention wrath) cannot be attributed to that immutable nature without monstrous blasphemy.”

The church fathers knew the “light only” nature of Jesus trumps any Old Testament strobe light darkness which often disastrously displayed an internally dualistic image of God as BOTH good and evil, BOTH wrath and love, BOTH healer and afflicter, BOTH forgiver and torturer. Such an image won’t fly and won’t foster any kind of true love or unfeigned devotion, not then and not now. The church fathers knew better, and so should we.

This is why we need the patristic spirit to help us better read and process Scripture. If we will merely hop up into Abba’s spacious and illuminative lap, He will gladly teach us how to read Scriptures in a way that aligns with His love and light nature. And our hearts will burn within us.

February 1, 2020
“The Matrix“ as an Archetype of Christian Cosmology
Next Post

Jesus is/isn't the only way. -...
The Holy Kiss
Related posts from Richard Murray 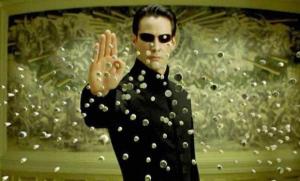