This Sword Has Two Edges 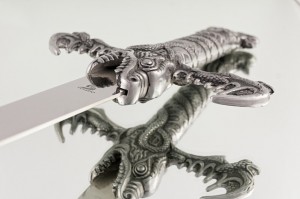 One of the things I enjoy about where I am in life is that I have managed to keep and gain friends in a few different spheres. Even after deconverting, I’ve managed to keep a number of my Christian friends and gain others, and I have additionally gained a large number of secular and atheist friends, including some that predated my deconversion (and, truthfully, who probably helped along that road in their own ways).

With those Christian friends, I have plenty of reasons for maintaining the relationships. One of them is that they frequently have things to say that I know I need to hear.

A few months back, my friend (and author) Mary Walz did just that:

People are often attracted to religion, I think, because it offers certainty, community, and purpose. Religion gives context to life, offers a larger story to be part of and hope of a better world to come. It brings with it a group of people who share the same story, with whom a person can grow. And it helps us see that there is more to life than the mundane tasks we live through each day.

The problem with all this, though, is that if we do religion wrong, each of these things can turn ugly. Certainty becomes arrogance when we assume that we know all there is to know about the larger story and have solved all the mysteries of the divine. Community turns to elitism when we exclude those who tell even a slightly different version of the story than ours, and relentlessly judge and police those in our circles. And purpose becomes fanaticism when, instead of inviting others into our story, we silence theirs, and resort to manipulation, coercion and violence to make sure our story is told the loudest.

When we do religion wrong, some of its strongest points become its weaknesses, and people who might have been drawn to it are instead repelled.

I agree with this statement wholeheartedly, and my own experience with religion seems to bear out how these things “turn ugly.” (I was initially a bit turned off by “do religion wrong,” but I don’t think Mary meant that as a “no true Scotsman” but rather as a statement that these shouldn’t be the ideal or the goals of religious communities – or any community, really – which is a fair point.)

And guess what? All of that is essentially true of any group which constitutes a sort of identity or tribe. Including atheism.

I know that people will disagree on this point. There has been a great deal of vehement insistence among atheists that there is no “atheist community,” that no tribalism exists among atheists, that atheism is merely the lack of belief in gods and thus not something that anyone can rally around.

I don’t think any of these things are true (and you can follow the links and judge for yourself). But regardless of that fact, there are certainly atheist communities, and like religious communities, the point that Mary explicated applies here: Community is a double-edged sword.

I say this not to raise skepticism about the usefulness of communities; I’m a firm believer in what communities can do with the right focus, principles, and leadership. I say this to keep in mind that even for those of us who think that atheist communities are in fact a good thing, especially in societies where religions dominate the public sphere and religious people the political realm, the potential negatives must be considered because that recognition is the only way we can try to mitigate those concerns. (And these concerns already exist for women and people of color.)

It is for this reason that I think community must be as inclusive as possible while also protecting the safety and security of those who need it the most. We should avoid dogmatism even while we endeavor to keep from litigating the same issues over and over again. We should recognize that even people who reach similar conclusions about the universe will come to them from diverse backgrounds in terms of religion, culture or subculture, familial background, and so forth.

In theory, this should be easy for us, but because we’re humans, it isn’t. The impulse to include can in an instant be turned into one to exclude. And that kind of exclusion, if not rooted in reasonable concerns for the safety and security of the community and its members, is often what many of us were harmed by with religion.

So if we really think that we have something more to offer as atheists, non-believers, or non-religious people, then we owe it to our peers to learn this lesson and put it to good use.

October 11, 2015
We Are All Recovering on Different Paths and Points
Next Post

October 15, 2015 If This is Your Best Argument, You Have Nothing to Offer Me
Recent Comments
0 | Leave a Comment
Browse Our Archives
get the latest from
Nonreligious
Sign up for our newsletter
POPULAR AT PATHEOS Nonreligious
1

'Joseph Masturbated In The Corner, Too'...
Laughing in Disbelief
Related posts from Across Rivers Wide 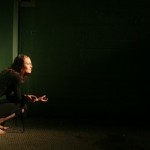