Why Again Were You My Enemy?

Why Again Were You My Enemy? February 10, 2016 Galen Broaddus 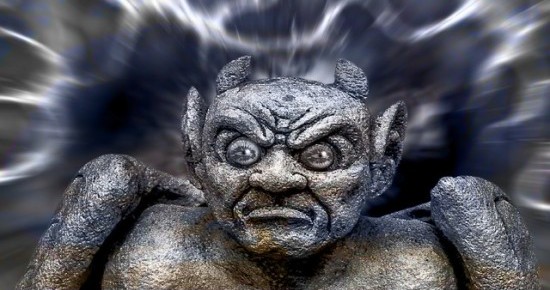 Like many deconverts, one of the processes that I’ve gone through since leaving religion has been to uncover some of the ingrained thought processes and reflexes that I had built up over two decades of being completely immersed in evangelical Christian culture. I had already started to realize many of them early on when I realized that some of my naive trust was misplaced, but some of those things have stuck with me or, even worse, only begun to make themselves known years later. One such mental bias became evident to me recently when I saw a name I hadn’t seen in a while: Hector Avalos.

If you don’t know who Avalos is, a quick recap: Avalos is a professor of religious studies at Iowa State University and an atheist. I first encountered his name (although not really any of his scholarship for reasons that will become obvious) back in 2007 when he came into the crosshairs of the Intelligent Design (ID) movement after he co-authored a faculty statement opposing ID. If you aren’t familiar with that movement, ID had basically peaked by 2005, when the Kitzmiller v. Dover decision came down ruling against ID in no uncertain terms and shifted the movement from its “wedge” strategy to get ID taught in schools instead to one that framed them as the proponents of a paradigm shift being censored by the scientific establishment.

It was around this time that I was engaged in what I might call an ideological flirtation with ID, having become more interested in apologetics in the hopes of bolstering a faith that I had believed more by enculturation than anything else. (It didn’t last too long; I was too curious and actually looked into the science.)

At this point, though, I had immersed myself in reading the movement’s proponents, and when astronomer Guillermo Gonzalez — then Avalos’ colleague at Iowa State — was denied tenure that same year, Avalos was presented as one of the villains in this narrative of persecution. That association stuck for me until long after I rejected ID and was effectively on the same side of the issue as Avalos. My sense of identity had already marked him as Other, and so I had to undergo the cognitive dissonance now of wondering why I had that intuition at all. And of course, I recognize that it’s a false association and no longer think Avalos the devil that he was portrayed to be.

This is by no means the first time this has happened to me. In fact, one of the biggest factors in becoming more open to atheism as an option at all was the realization that the demonization I had been fed about the ungodly was itself completely unfounded. I didn’t find people who lacked a moral compass or any sense of intellectual integrity; I largely found people who did that as well as or sometimes better than the Christians I knew. But some of those negative associations stuck with me in the particulars.

I can unequivocally point the finger at tribalism here, and tribalism is by no means specific to religion — indeed, here it was far more sub-cultural than religious. Tribalism eliminates the middle ground; it destroys nuance; it encourages demonization of the Other and canonization of those who are quintessentially Us. If there’s one lesson I continue to learn and re-learn over time, it’s that we need fewer devils and saints both. Seldom are those appellations ever accurate.

Fighting tribalism, however, is a difficult and ongoing task. We must first retrain ourselves to break those associations that we have already built up, and then we must resist the hold of them anew.

After all, we could use a few less demons in the world. 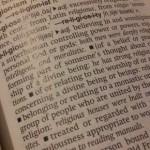 February 8, 2016
Life's Too Short to Misuse Language: How David Dark Frames the Right Issue the Wrong Way
Next Post 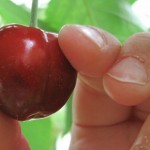 February 12, 2016 Blessed Are the Cherry-Pickers: In Defense of Selective Beliefs
Recent Comments
0 | Leave a Comment
Browse Our Archives
get the latest from
Nonreligious
Sign up for our newsletter
POPULAR AT PATHEOS Nonreligious
1