Don’t Leave a Candle Burning for Me

Don’t Leave a Candle Burning for Me March 24, 2016 Galen Broaddus 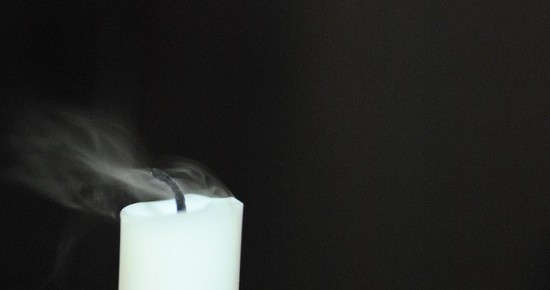 I started playing piano in church when I was in fifth grade, but I’d been performing vocally in churches since I was a young child. I cut my teeth as a vocalist in small, rural Baptist churches singing hymns with my older brother and our mother, who accompanied us on piano.

As I got older, I started performing solo more frequently, sometimes accompanying myself on piano and sometimes using accompaniment tracks, first on cassette (yes, I am that old) and later on CD.

At the church where I was involved in music ministry work, I was asked by another member of the leadership to perform a song called “Leave a Light On” by Greg Ferguson, a worship leader at Willow Creek. Somehow, he managed to put an accompaniment track of the song in my hands, and I learned the song and performed it on more than one occasion.

It’s a song that’s stuck in my head, and as I wrote about being perceived as a religious “seeker” this week, I recalled it again. The first and last verses spell out the perspective the song reflects:

But for me, the essence of the song is in two lines right in the middle:

Is there a candle burning
In the hope of my returning?

And that hits a little close to home now.

Like many ex-Christians (and many other deconverts from other faiths as well), I’ve known ever since I came out to family and friends that I would have a non-trivial number of people praying for me as long as I remained estranged from my childhood religion. I don’t mean just the generic “prayers for the lost” kinds of prayers that often get made — I mean direct, specific prayers by people who know me personally, for the purpose of “winning me back to Christ.”

I’ve gotten reminders of this periodically since deconverting. In only the second conversation I had with my mother after I told her I wasn’t a Christian anymore (before I’d even accepted the label of “atheist”), she told me, “Now, you know I’m not going to stop praying for you about this.” And because things were a bit tearful, what with my mom talking about the possibility of me going to hell, I just replied, “I know.”

And I know this hasn’t stopped in the intervening years. Once when visiting her at her house more recently, I happened to find laying out on her living room couch a book entitled Prayers for Prodigals. I won’t lie; that felt a bit like a gut punch.

I won’t ever tell religious people that they’re not allowed to pray for me — praying in private does me no harm — but my own tolerance for the idea itself is running thin.

So here’s what I would tell people who want to pray for me: Don’t leave a candle burning for me.

I’m not going to say that I would never become religious again because as I’ve said before, I don’t have a particular destination in mind on my journey for the truth. If I followed the evidence to atheism, then presumably it’s conceivable at least in theory that I could find actual evidence to lead me back to Christianity (or to something I’ve never believed before in any way).

But I also don’t find it very likely.

More to the point, what I find likely isn’t that relevant. The idea behind the prayer is hope — the hope that I’ll return to Christianity, that I’ll use my “God-given talents for His glory.”

That isn’t my hope. It’s your hope. Nothing about what I now hope for involves worship of or submission to a deity.

That’s not to say that I don’t have hopes for other people that sometimes contradict their own hopes and desires. I have hopes for people to become less bigoted, for instance. But I also recognize that the people in these situations are autonomous individuals capable of drawing their own conclusions about the world — even (or maybe especially) wrong ones.

And that’s what I want from others: the recognition that I’m making my own determinations about the world.

Right now, I don’t need your “light.” If I need anything, it’s your friendship, your acceptance, your compassion. But if those things are all contingent in some way on coming back to the fold, then what you’re offering me isn’t hope but conditional love.

So put the candle out already. We have much more to offer each than that. 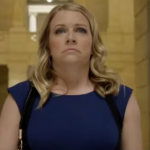 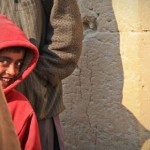 March 28, 2016 An Optimist in Cynics' Clothing
Recent Comments
0 | Leave a Comment
Browse Our Archives
get the latest from
Nonreligious
Sign up for our newsletter
POPULAR AT PATHEOS Nonreligious
1