I Laughed At God’s Not Dead, But I’m Not Laughing At the Sequel

I Laughed At God’s Not Dead, But I’m Not Laughing At the Sequel March 22, 2016 Galen Broaddus 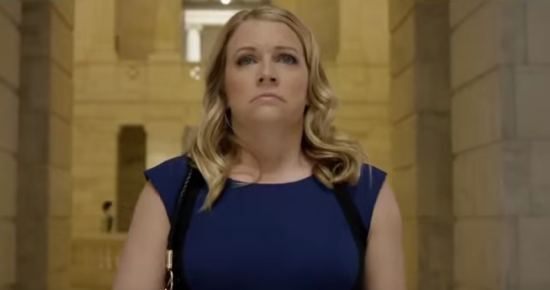 I don’t generally watch movies that I know are bad, even for the entertainment value, but I made an exception almost exactly one year ago for the horrible Christian movie (if you’ll pardon the redundancy there) God’s Not Dead.

Two years ago — one year before I eventually saw the film — the movie was released in theaters, and while I could have seen the movie then (my dear, sweet mother actually offered to buy my ticket), I decided that I didn’t really care to contribute to its box office sales, even at someone else’s expense. So I waited, knowing that if the many reviews and analyses were even remotely accurate, it was going to be really, really bad.

It eventually made its way to Netflix, so I sat down alone (even my long-suffering wife wasn’t willing to watch it with me) and braced myself. It was every bit as bad as I expected, and while there were parts of the movie (e.g. the completely gratuitous overbearing Muslim father subplot) that I genuinely found repulsive, I laughed long and hard at how overwrought the acting was, how unrealistic the scenario was (unless it was supposed to be set in an alternate universe and just never made that clear), and how ham-fisted the execution was in its transparent moralizing and careless stereotyping.

Of course, the movie ended up being a huge commercial success, netting over $9 million in its opening weekend, over $62 million total in worldwide box office sales, and infinitely more annoying text messages.

But when Pure Flix, the production company behind GND, announced its sequel, I wasn’t laughing.

Let’s be honest: Part of why the first movie was so over-the-top ridiculous is that it was essentially a movie-length treatment of an urban legend. No philosophy professor has ever done what the fictional Professor Radisson did in that film. They just needed chalk, a Marine, and ALBERT EINSTEIN to match the E-mail forward that has been circulating in various forms for ages.

There are elements of the sequel that look equally absurd. Pat Boone — yes, that Pat Boone — has a role, as does the late Fred Thompson. The trailer’s courtroom scenes, like much of the first film, are pitifully acted.

The rollout also has some interesting extras. If you like books to accompany your movies, you’re in luck, because the author who penned the book God’s Not Dead has a new book releasing in conjunction with the movie, and you can even read the movie’s novelization before you see the movie:

However, the sequel doesn’t take on higher education. It goes for the K-12 public education system, and that’s something I have a bit of experience with.

So does my friend and colleague Neil Carter, who wrote a piece last year at Godless in Dixie entitled The Sequel to God’s Not Dead Happened in My Classroom, But In Reverse. I can’t claim that exactly for myself (and you should really read Neil’s harrowing tale of the treatment he endured after having been outed by students), but the truth is that I experienced what it’s like to be a closeted teacher, and the very premise of God’s Not Dead 2 is as completely detached from reality as the first movie — perhaps even more egregiously so, in fact.

Neil and I had different experiences in the classroom — he taught math in the Deep South; I taught English in rural Illinois — but one thing we both experienced was an atmosphere where religiosity was expected and the non-religious were largely expected to keep quiet, never to be acknowledged. When I started teaching — as a Christian, mind you — I was the sole teacher in the school whose religious beliefs weren’t essentially an open book. I took a stance of complete neutrality, and that made me stand out like a sore thumb. (In retrospect, it made staying in the closet so much easier because I was able to maintain that stance consistently both before and after my deconversion.)

Religion was everywhere in my five years of teaching at this rural high school. Other staff members would put up religious sentiments in the teachers’ lounge, and once the facile “If we evolved from monkeys, why are there still monkeys?” objection to evolution popped up, which our Catholic biology teacher, who was fierce in her teaching of evolution, and I had a good laugh about.

Once, our school traveled to a nearby school for an anti-drug presentation, and the presenter openly proselytized, putting only a weak disclaimer on his statements (something like “This is just my opinion, and you can disagree, but…”). On another occasion still, I had to endure a vehemently anti-atheist rant by one of my colleagues, predicated merely by the fact that the word “atheist” was used in one of her grandchild’s grade school language exercises as an antonym for a particular definition of “spiritual.” Just the mention of that word itself — no advocacy, just the acknowledgment of the concept — sent her into a veritable screaming fit, and no amount of playing devil’s advocate (or, in this case, pretending to play devil’s advocate) would dissuade her.

And religion was present even in my own classroom. In many cases, it was there because I brought it up; in my junior English course, I taught some basic information about Calvinism in the context of Jonathan Edwards’ “Sinners in the Hands of an Angry God” (which I included mainly for the Great Awakening perspective and the vivid use of metaphor). In my senior-level world lit course, we discussed several world religions, including the Abrahamic religions, Hinduism, and Buddhism. When we talked about Ralph Waldo Emerson and his Unitarian past, I explained the orthodox Christian view of the Trinity and gave a brief history of the Unitarians and their eventual merging with the Universalists.

Do you know how much heat I got for any of this? Absolutely none. I caught more flak for not saying the Pledge of Allegiance than I ever did for mentioning God or religion in any of my classes.

I could have easily been Melissa Joan Hart’s Grace Wesley¹ in one of my classes, responding to a Christian student’s invocation of Jesus in the context of non-violence by acknowledging the relevance of the contribution. It’s very possible, in fact, that I did make a statement very similarly to that in my time teaching literature. But nothing ever happened to me.

You could argue that maybe there was no blowback because I was teaching in a more conservative part of the country where neither students nor fellow teachers would care if religion came up. That’s part of my point: There are large sections of America where religious privilege holds sway, even informally, in public schools. Atheist teachers, not religious ones, are the ones who are more likely to experience pressure not to be open about their own beliefs while religious teachers will talk about their beliefs with no negative repercussions, formal or otherwise.

But that’s not enough for GND2. This can’t just be a cultural issue in some godless liberal wasteland. (According to the Christian Post, the setting of the sequel is the fictional Hope Springs, Arkansas.²) It has to be an all-out war against Christianity, justified by separation of church and state and fought by the forces of evil. You can see even in the trailer where the ACLU, a group that has defended Christians on many occasions, is treated like the attack dog of the evil anti-Christian forces conspiring to ruin Wesley’s career and life.

Like the first film, this is a complete fantasy. The producers insist that the plot is inspired by real-life court cases, but the cases in the first were all essentially false or unrelated to the persecution claims of the movie. I have no doubt that the same will be true of the sequel, complete with another misleading Gish gallop of a list at the end of that movie for my colleagues to debunk.

I’m certain that my colleagues will do just that, too. I know that many people, atheist and Christian alike, will go see this cinematic trainwreck in the theater so they can come back and report to the rest of us just how unbelievably bad it is. That’s just fine. I’ll probably read those posts and maybe even promote them.

But I’m not laughing anymore.

¹And I thought that there couldn’t be a more cliché uber-Christian character name than Josh Wheaton! ^

²Get it? Like “hope springs eternal”? These people are not good at subtlety. ^ 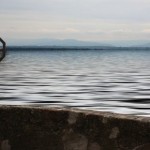 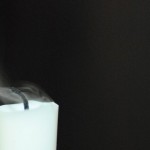 March 24, 2016 Don't Leave a Candle Burning for Me
Recent Comments
0 | Leave a Comment
Browse Our Archives
get the latest from
Nonreligious
Sign up for our newsletter
POPULAR AT PATHEOS Nonreligious
1