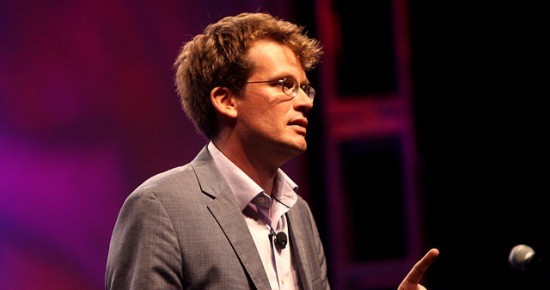 One of my favorite content creators is the YA author/vlogger John Green. He is probably best known for his book The Fault in Our Stars, which was made into a major motion picture starring Shailene Woodley and Ansel Elgort. I first encountered his work through his debut novel, Looking for Alaska, which I read in an adolescent literature course in college and fell in love with. (His other books are also quite good.)

Green is also well-known on the Internet for his work on YouTube, which include the vlogbrothers channel, Mental Floss Video, and the education channel Crash Course. Perhaps less known are his videos where he moonlights as a “semi-professional FIFA player.”

Watching Green play FIFA — the soccer video game (currently FIFA ’16) — is a sort of a nerdy interest of mine, in part because Green doesn’t just play the game: He creates players with their own backstories (two of which share his name), he writes chants that he sings when players in the game score, and he breathes some life into the game so that it’s not just another Let’s Play series on YouTube. The narrative around this team has grown so much that Green found himself making a connection with the real English football club that he plays as in the game — AFC Wimbledon — and has been a sponsor of the team (through YouTube ad revenue from his FIFA videos) since 2014.

Green also often talks over the gameplay, and sometimes his musings on certain topics are as interesting or more so than the game itself.

Yesterday, Green posted a FIFA video where the topic was one selected by a donor to the Project for Awesome charity drive that Green created with his brother/co-vlogger/partner-in-crime Hank Green, and it led to a discussion that I found quite fascinating. (Fair warning: The video contains plenty of silliness in addition to the serious stuff.)

I’m a high school librarian with an undergrad degree in English and religious studies. As such, I’ve come to see the value of religions as primarily being in their stories and how they affect the lives of those who believe in them. But I’m interested in what you think about perceiving the value of all major world religions versus actually believing/having faith in one single belief system, being able to see the history behind all the developments, etc. How do you then choose to see one as being true over the other?

This is an appropriate topic for Green, who also studied both English and religious studies at Kenyon College in Ohio. But I admit, even having watched his past videos on religion, that there were some comments he made in response that took me by surprise.

In addressing the question of why he adheres to his particular religious views (he’s Episcopalian), Green makes some interesting admissions:

Why did I end up with that being my faith instead of Islam? It’s not because I think Christianity’s a better religion than Islam; I don’t think that religions really work that way. I don’t think there are good ones and bad ones; I think that they’re all complicated and diverse and contain multitudes….Basically, I decided that there was some value to me — not for everyone, but for me — in kind of living within and working within the religious tradition that I grew up with.

I knew that Green was a fairly liberal Christian (he’s been vocally supportive of gay marriage and evolution in the past, and I’ve argued before that The Fault in Our Stars espouses a thoroughly humanist ethic), but I was a little surprised to hear his indifference toward the questions of the afterlife or even the existence of God. (In some ways, he seems like he might also be somewhat in the middle.) In fact, the impression I got from this video (and to some degree from his previous videos on religion) is that he is more interested in the questions that religion tries to address and that his Christianity simply provides a lens for looking at those issues.

But it was later in the video that Green expressed something that I sympathize with greatly:

The only other thing I’d say is that, at least in my own opinion, the quality of discourse around religion on the Internet is just terrible, and it’s usually sort of nakedly “God clearly exists” or “God clearly doesn’t,” which I just don’t think–like I said earlier, those are not to me the most interesting questions that are asked by religious traditions…

I wish we could have conversations about what the point of life is and how we’re going to try to go about living it rather than like these very (to me) overly simplistic conversations about “You’re going to hell,” “There is no hell,” which I just think are unfortunate. Now I understand, for some people, that’s an important part of their faith, the idea of hell, and for some people, it’s an important part of their secular humanism, to sort of free people from the bondage of religion, and I get it. I just wish we could have more interesting conversations.

I feel like I’m mostly in this position. There are conversations to be had that are perhaps more relevant to the lives of both religious or secular people, like how we try to reduce suffering or develop more sustainable ways of living with the resources we have.

Of course, we’re not going to easily reach consensus, if at all. And I do think that there are useful ways of exploring questions about the nature of the universe, about theistic claims, etc.

But at a certain point, you’d think that there would be ways for us to have, if not better ones, at least a different kind of conversation. 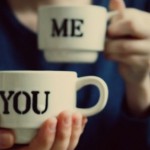 March 30, 2016
Exchanging Scripts: An Exercise in Cross-Perspective Understanding
Next Post 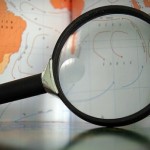 April 1, 2016 Heaven's Not on Google Maps: Religion on the Spectrum
Recent Comments
0 | Leave a Comment
Browse Our Archives
get the latest from
Nonreligious
Sign up for our newsletter
POPULAR AT PATHEOS Nonreligious
1