Left Religion for Emotional Reasons? Not a Problem 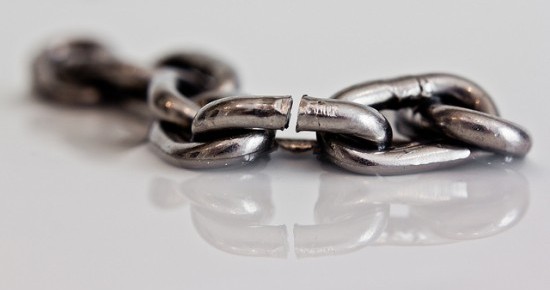 One thing you should know about me is that I’m fascinated by conversion and deconversion stories, particularly the latter since I went through that experience not incredibly long ago. The nature of breaking and forging the bonds of religions is always interesting to me, especially in how varied the reasons for doing so — in either direction — can be.

This interest was sparked recently by a post by Sarahbeth Caplin about her own conversion from Judaism to Christianity — and specifically how it wasn’t the kind of “follow the evidence” conversion that tends to be the focus of Christian apologetics, much to the chagrin of other Christians who wanted her conversion to be a witness for Jews. I found her stated reasons particularly intriguing:

To this day, I’m still not interested in using biblical exegesis to “win” people over. I’m nowhere near knowledgeable enough to say with any degree of certainty or authority what the “proper” interpretations of the prophecies are. I’ve had much better luck explaining the real reasons: my fascination with saints and a personal god meeting us in human form, a radical Jesus who flipped social mores upside down, the promise of redemption from pain and tragedy.

She later explains a bit more about the last point, which is one that I entirely get.

I’ve often thought about my own reasons for leaving religion and — separately — how it ended up happening.

If you asked me why I left Christianity and abandoned theism, I would tell you that I spent a number of years trying to find a rational basis for the beliefs I had been raised with, almost as if I had to reverse engineer the justification because I really hadn’t been given good reasons to start with. I spent a lot of time doing this, both in terms of independent study and direct interaction with atheists online, mostly in forums and blog comments. Over the course of probably 6-7 years, I had changed many of my beliefs until I got to a point where the foundations of my faith had completely eroded.

The reality…is probably a bit different than that.

I don’t mean that any of the above is incorrect. I did undergo several years of academic study of Christian theology and discourse with atheists. I did shift my views on biological origins and soteriology and eventually the doctrine of hell itself (which was probably the last thing). But now I feel a bit like that wasn’t what did it for me.

I’ve mentioned before that my deconversion happened in church, in the middle of a worship service. It is one of the most surreal experiences I have ever had, a moment of sheer disorientation and virtual alienation from my surroundings. In the middle of a song, I found myself pausing from my singing and, unprompted by whatever song was being sung, thinking, I don’t think I believe this anymore. I suddenly felt very aware that I was standing in a crowd of other people whose purpose and intent, while known, now seemed foreign to me.

In the past, I described this as achieving escape velocity, but if there was a pull on me at that moment, it was no longer intellectual but emotional.

Now it may be true that the core of my faith’s erosion was intellectual in nature. I had debated the arguments for and against theism for quite some time; I had investigated the authenticity and accuracy of the Bible; I had even looked into what purported to be scientific reasons to believe in God. But it’s also true that in the last several months of being a Christian, I had all but stopped engaging in defense or investigation of Christianity or theism. If I’m entirely honest with myself, the intellectual battle had already been lost.

Which brings me to a recent post by my dear friend and colleague Kaveh Mousavi at On the Margin of Error where he defends a non-academic approach to rejecting religion:

If you listen to the deconversion stories of many atheists, you will find many who left religion and the concept of God behind without embarking on a rational approach. The Problem of Evil might be a rational argument against an omnibenevolent omnipotent god, but not all kinds of god. Yet many people have had crises of faith and have left religion entirely after witnessing some devil. Many such accounts of leaving religion are emotional, rooted in sorrow, anger, hope, overall, deeply personal or political narratives.

And these are all valid reasons for rejecting religion, even if they do not stand the litmus test of rational and critical debates. They are valid not because either the academic or the anti-theist is right, but because religion is a different entity to the academic and the anti-theist.

Of course, as Kaveh notes, there generally isn’t so bright a line between these two groups. I don’t personally know many people who intellectually believe in the tenets of a religion without considering it a part of their identity, although I’m sure there are some number of dispassionate believers. Consequently, I would take Kaveh’s claim even further regarding deconversion: Leaving religion is seldom a wholly intellectual act. It requires the severing of emotional ties, and how strong those are will vary from person to person. There are no pure academics in deconversion.

In fact, I would say that it’s not rational to expect people to adopt or leave religions based on entirely rational reasons because that’s largely not how our decision-making processes work. In his book The Happiness Hypothesis (and subsequently in later works like The Righteous Mind), psychologist Jonathan Haidt uses a metaphor for the struggle between our conscious (rational) and unconscious (automatic) minds of a rider and elephant: No matter how much the rider thinks they’re in control of the elephant, the reality is that it takes far more effort for the rider to force the elephant to go a certain direction than for the elephant to just do what it pleases.

Or, as David Hume put it, “Reason is and ought only to be the slave of the passions.”

So why does it become so important that people give the “right reasons” for why they converted or deconverted? I sometimes wonder if it’s our insistence on making these conversion and deconversions the testing grounds for how convincing (or not) a religion’s claims are. As such, we put the pressure on people to demonstrate their fidelity to their newfound position by giving us an answer we can buy.

Let’s dispense with that now. People have various reasons for why they make these decisions, some of which we may accept as rational and others not. But individual reasons may tell us more about the personality, temperament, upbringing, or personal growth (among other things) of that individual than they do about the truth of the claims any religion might make.

Maybe in an ideal world, we’d judge religious positions based on the set of beliefs they entail. But we live in a world where religions are part of cultures, subcultures, and individual upbringings; where they constitute more structure than a mere set of beliefs; where they may in fact be driven by needs for things like certainty.

As such, we need to see people’s reasons for accepting or rejecting religions as more than checking off a simple list of agreements with doctrine and dogma if we want to really understand why people convert or deconvert. 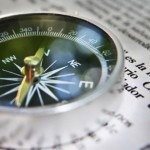 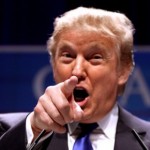 March 14, 2016 Donald Trump Is a Walking System 1 Error, and That's Why He's Winning
Recent Comments
0 | Leave a Comment
Browse Our Archives
get the latest from
Nonreligious
Sign up for our newsletter
POPULAR AT PATHEOS Nonreligious
1

Intentional Ministries: When Congregations Are Pastors'...
Roll to Disbelieve
Related posts from Across Rivers Wide