The Moral Asymptote of the Universe

The Moral Asymptote of the Universe March 2, 2016 Galen Broaddus 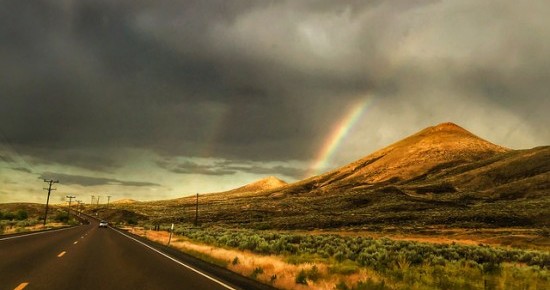 “Man’s the prerogative–knowledge once gained
To ignore–find new knowledge to press for, to swerve
In pursuit of, no, not for a moment: attained,
Why onward through ignorance! Dare and deserve!
As still to its asymptote speedeth the curve…”
– Robert Browning, “Fust and His Friends”¹

Everybody’s looking for a pot of gold.

There’s a problem, though: You can’t reach the end of the rainbow. I don’t just mean that it’s too difficult — it’s simply impossible.

That’s sometimes how I feel about the moral progress of human society.

Okay, maybe I’m not that pessimistic. But I find myself responding to the way people often talk about moral progress in increasingly cynical ways.

Probably the most well-known aphorism about moral progress is the Rev. Martin Luther King Jr.’s paraphrase of Theodore Parker²: “The arc of the moral universe is long, but it bends toward justice.” The quotation has resonated because it is essentially hopeful: The world isn’t right now, but one day it will get better.

The metaphor of the moral arc presupposes one thing principally that must be acknowledged: namely, that there is a defined goal, a terminating point. In other words, an end of the rainbow.

In many ways, though, our moral knowledge is not an arc with a strictly defined endpoint. Like a rainbow, the end never quite comes; it constantly maintains a certain amount of distance with the observer.

If there is a moral arc to the universe, it is probably more like an asymptote.

Over a hundred years ago, Frances Emily White stated the problem plainly when she said that “the bane of moral progress lies in the too common belief that our present knowledge of morals is final.” We know we have progressed because we have a history — we’re past all that enslaving and misogyny and torture, right? — and we know that we have more distance to travel because we can see the current injustice.

But in surveying the scene, we capture a panorama that will inevitably shift because we continue to discover moral truths that materially change the picture.

Still I see evidence that we continue to do this. I remarked recently to friends that I’ve often found it jarring to see older movies state the then-current year as if society had reached its ethical apex. “Come on,” Token Progressive says to Regrettably Regressive Person, “it’s 1981. You can’t say things like that.”

It’s no less jarring to me when I see 2016 used in the same way, held up as the height of moral progress.

Granted, I think we have certainly made progress (although some of it is probably more illusory than it seems at first glance, frankly). But we continue to uncover injustice that sometimes has gone unnoticed — or, in some cases, simply been pushed off to the side while we dealt with other injustices — and then we find ourselves at a different point in the arc. I see this frustrate many people, who want to address the injustice that they knew to exist and end up a little closer to that pot of gold.

But I don’t think this is necessarily reason for despair. As Tim Regan-Porter explains, the focus need not be that elusive endpoint:

Triumph is not real, not in the here-and-now. Our goal shouldn’t be on reaching the promised land, but on scaling the long, slowly bending moral arc of the universe. I think Brother Martin was right; it bends toward justice. But I’m not sure we ever arrive. I think that arc is an asymptote. But the nature of asymptotes is that they get close and they keep getting closer. The climb is messy, exhausting and sometimes lonely. The struggle is not won, but we survive by helping each other. We live for the respites, for knowing we make little bright spots for others and knowing that collectively we inch closer and closer and so will those who follow us.

Maybe justice isn’t a goal to be achieved — it’s a trajectory to aim for. We can envision points along this direction that are worth aiming for, but the important part isn’t where we end up but that we keep moving there.

Increasing our knowledge of moral truths is beneficial. So is fighting injustice. We just have to make sure that those two laudable goals together don’t impair our ability to see moral progress clearly and — together — keep working for it.³

¹I am indebted to Frances Emily White’s essay “Relation of the ethical to the cosmic process”, International Journal of Ethics 6 (1):97-101 (1895), for pointing me to this section of a fairly obscure Browning poem. The formatting here is from the 1889 printing of Browning’s The Poetical Works of Robert Browning, Volume 16. ^

²Parker is a lesser-known figure in American Transcendentalism, but like the more well-known figures of Ralph Waldo Emerson and Henry David Thoreau, he had an impact that far outpaced the significance of the movement itself. ^

³I owe a debt of gratitude to my philosopher friend Kris Rhodes for providing feedback and further insight on this topic. 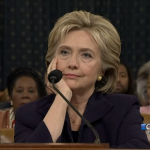 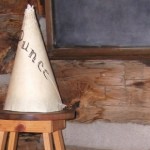 Joe Rogan 'Ivermectin Is The Red...
Laughing in Disbelief
Related posts from Across Rivers Wide