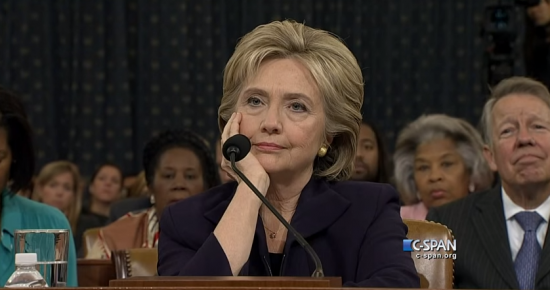 I don’t talk a lot about politics on this blog — in part because it’s not a focus of mine here, despite bringing up politicians on a few occasions — but the truth is that I’m a total politics junkie. Now that the US is in the full swing of our presidential election (as opposed to the half-swing that exists for two years before the pendulum swings back for another two), I’m positively swimming in commentary and discussion about what has proven to be a particularly strange campaign season so far.

I’ve also heard the criticisms of the various major party candidates, and one of them sounded awfully familiar to me.

Before I get back to that, though, I want to pause for a moment to spell out some of my political history.

As I’ve mentioned before, I was born into a religious family; my mother was (and still is) a Southern Baptist from birth, the granddaughter of a Southern Baptist minister, and she met and married my father while he was attending Hannibal-LaGrange University in preparation for the ministry. Neither of my parents talked politics much around me that I can remember, but I always knew them as staunch Republicans.

In any case, this filtered down to me. Once in fifth grade, I gave an answer during an English lesson that wasn’t just explicitly political — it was anti-Democrat. I remember my teacher laughing, and rightfully so. She knew that this was a prejudice I had inherited, not my own thought.

That degree of partisanship didn’t necessarily stay with me, but when I was 18 and a freshman in college, I had the opportunity — by which I mean that I was required by a class — to work with a political campaign. Because our poli sci professor (who I still like, despite all this) needed a way of checking up on our progress to receive credit, we had a stark choice: work with either the county Republican Party or the county Democratic Party. I chose the former.

I won’t detail my experience, but I did the typical things: phone banking, handing out literature, cold-calling people on Election Day to ask them to vote, and so forth. I was absolutely miserable doing it, and it was obvious to everyone there. I didn’t even get the benefit of meeting interesting or famous Republicans in the state; the closest I came was the Republican gubernatorial candidate that year, Jim Ryan, the state’s attorney general who particularly suffered from having a last name that was synonymous with corruption in the governor’s office. (Little did we know what we were getting ourselves into on that front.)

That essentially put me off of politics for eight years. I didn’t vote that election or any subsequent election until the midterm elections of 2010. By then, my political views barely resembled my parents’.

And so it is that I find myself once again identifying with someone wrongly judged for their past: Hillary Rodham Clinton.

I know in saying this what the reaction is likely to be. One need only glance around the articles on the Patheos Atheist channel to see where the political sensibilities of my colleagues lie¹ — and that’s fine. I don’t always agree with the things my colleagues write, but I mostly respect their positions and their enthusiasm. I’m not going to try and #ExtinguishTheBern here, even while I already cast my own ballot early for Clinton in the primary.²

But I admit that I get positively furious when I see this same old criticism — which for Clinton takes the form of “Hillary was a ‘Goldwater Girl’ while Bernie was getting arrested as a civil rights protester” — rearing its ugly head from Sanders supporters because it’s a sign to me that we are not listening to why these arguments are bad.

I’m not going to impugn Bernie Sanders’ civil rights record. That part is completely accurate as far as I can tell. It’s the part about forever judging a woman for views she held when she was 17 years old that grates on me.

I empathize with Hillary Clinton on this matter because like me, she inherited her conservative views (in her case, from her father), started to evaluate the “other side,” and eventually came to views that were quite different from those she held in high school.

It’s hard for me not to note the similarity in these two situations — Johnson and the Black Lives Matter protest of an event Sanders was speaking at, and the perpetual criticism of Clinton for her conservative past (which she has never denied, talking about it publicly even back in 1992). Notably, it’s hard for me not to note that these criticisms both originated from the same camp: Bernie Sanders supporters.

I say this not to simply attack Sanders supporters, many of whom have openly denounced this tactic (which I appreciate deeply), but to underscore one of the most insidious aspects of this criticism: It is rarely applied consistently.

I get angry about this tactic in part because I know that it could easily be aimed at me. I know that atheists who have never been religious — or, as was once suggested to me, “cradle atheists” — could point to my religious past and deride me for having been so “deluded” to have been a “god-botherer.”

It’s never happened to me, though. Why? Because the narrative of the ex-Christian is useful for atheists.

That’s not true in the case of Clinton, though, who is being judged for views that predate her even meeting the man with whom she now shares a life, a last name, and a political legacy. Attacking her for this is ridiculously convenient because it becomes a way of elevating one of Sanders’ big selling points: his consistency. And this is not a point I’ll deny Sanders, either; he has been quite consistent politically.

But we can’t deny the aspect of this which is just an accident of birth. Bernie Sanders was born to Jewish parents in Brooklyn; Hillary Rodham was born to Methodist parents in suburban Chicago. Whatever advantages her birth conveyed to her, that did not involve being as likely to end up a Democrat.

Moreover, this criticism is not by any means applied consistently even among Democrats. I have yet to see a Sanders supporter use the same line against Elizabeth Warren, for instance, who was a registered Republican as late as the ’90s. Why not? Because Sanders supporters see her as an advocate for the same issues they care about. No purity test needed.

In other words, it’s what you believe now that matters — until it doesn’t, and then your past implicates you.

It’s true to some degree that “past is prologue” — what comes before can presage and set the stage for what follows. But don’t confuse the prologue for the actual play, the foreword for the novel. We have to live with the shadows of our pasts, but we don’t have to live them out forever. In fact, to insist that people are static and incapable of growing as individuals is fundamentally anti-progressive, the very opposite of what liberals claim to stand for.

And as I said before, if you insist on judging anyone for who they used to be, I’ll judge you for who you are: an unempathetic hypocrite.

¹After I finished writing this post, Libby Anne of Love, Joy, Feminism posted her own piece about identifying with Clinton. The timing is an amazing coincidence. ^

²By the way, I won’t be defending my vote or support for Clinton here, so save yourself the trouble. ^ 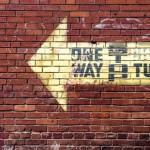 February 26, 2016
No Dialogue with a Brick Wall
Next Post 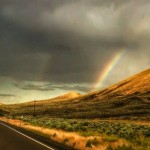 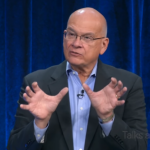