Bridging the Practical Gap of “Interfaith” 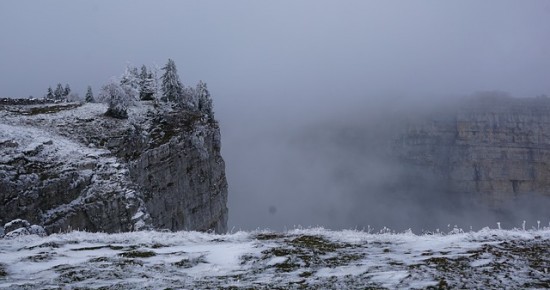 My post on Monday about the interfaith debate has elicited some thought-provoking comments that have made me consider more where our approval gaps are on this issue.

First, let me say that I’m not in the business of dismissing people’s personal experiences, so when people tell me about their experiences with interfaith coalitions and service projects who nonetheless make proselytizing or belief a part of their work (presumably because “interfaith” here just means “interdenominational Christian”) or who reject the participation of secular individuals on principle, I’m inclined to accept those at face value. I have no problem believing them, frankly; I’ve known too many intolerant religious people and heard about too many cases of that happening not to do so.

In the piece I linked to before, Martin Hughes talked about interfaith efforts benefiting religious organizations, and I said explicitly that I want no part of anything like that. The other half of repudiating that kind of interfaith work is recognizing that it does exist — so that’s a weakness of my last post on the subject that I’m happy to admit and resolve.

Here I come back to the cynicism that I often fight against: I know that religious people can be awful and bigoted and intolerant and resistant to bridge-building efforts. It’s not especially surprising, particularly with Christianity, that cross-perspective understanding, dialogue, or philanthropy wouldn’t be especially welcome from groups that are dominant and well-connected enough to eschew coalition work. (Here’s a handy little experiment: Go find an interfaith/multi-faith coalition and count how many minority religions or small sects you find as opposed to larger religions or denominations. You’ll quickly see what I mean.)

So that can leave atheists with something of a dilemma: Why should I listen to people telling me that interfaith work is worth doing when all I can find are religious people who want to engage in questionable practices and/or tell me I’m not welcome?

This is a problem I can appreciate. It’s the practical gap between what people like Wendy Thomas Russell and I are saying about the benefits of interfaith work.

I also can’t minimize the problem. While I can’t profess any special knowledge about how prevalent (or not) the kind of interfaith groups are that would be prime collaborators for atheists and humanists, I suspect that there are more than a few, and probably a significant proportion, who would pose some problem for us.

So it’s easy to say that we should take advantage of opportunities that present themselves for interfaith dialogue and collaboration. It’s harder to know what the best solution is when no such opportunities appear to be available.

I know this in part from personal experience. I live in a moderately large city (the accompanying MSA has a population of just over 100,000), and there is not to my knowledge an active interfaith coalition in the community, despite the presence of quite a few religious organizations that are involved in community service. I’ve volunteered for/with some of these groups in the past, and while I’ve not seen the kind of objectionable practices described above, I also don’t think the issue has ever been pressed enough to see what would happen as a result.

I could just conclude that interfaith dialogue and work is futile in this community, since religious organizations appear to dominate and there is absolutely no discernible secular presence here. But in keeping with my resistance against cynicism, I’m challenging myself here — to reach out, to explore, to press what boundaries might exist to see if there’s actually resistance or just a lack of awareness of atheists and humanists ready to have conversations and do common work together.

That’s where I think we atheists tend to get it wrong. We see people like us not represented or excluded in efforts like this, and our response is to say, “Well, screw them.” But that, as I argued before, only entrenches the tribalism that emerges between religious and secular people; we never get a chance to break stereotypes, and religious people — who all too often control the conversations about us — get to talk about us without our voices being heard. That helps no one.

The path of least resistance is to let religious people have the interfaith movement, but in truth, what “interfaith” represents is too important to concede the ground. We need to try and press for our seat at the table — and to make it known far and wide when religious people refuse to let us sit with them.

And truthfully, it shouldn’t be any big surprise that we might have to do this. This is basically the story of atheist activism for roughly the past hundred years (and certainly in the 21st century), after all. Atheists get excluded — and we fight to be recognized and heard. And eventually, we win that right.

No one is obligated to fight for this, of course, just as no atheist is obligated to be an activist against “In God We Trust” or roadside crosses. But we should at least be able to recognize that it can be a fight that’s worth the effort and that we can ultimately benefit from.

I call that a win-win. 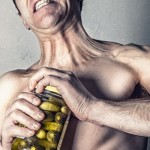 April 13, 2016
Now Is the Time to Talk About Gender Issues
Next Post 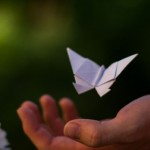