Heaven’s Not on Google Maps: Religion on the Spectrum

Heaven’s Not on Google Maps: Religion on the Spectrum April 1, 2016 Galen Broaddus 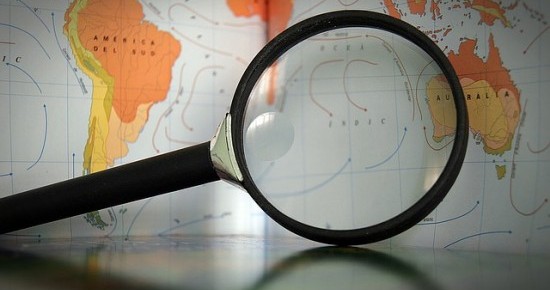 NB: Despite the date, all of the following is entirely true and serious.

Having conversations with my eldest son are, if nothing else, always interesting.

As I mentioned here, I have two sons, Ian and Henry.¹ More than almost anyone (except perhaps my wife), they make sure my life is never dull with their youthful ebullience and rambunctiousness.

Something I don’t often talk about, even to friends, is the fact that they are both autistic.²

My background is in education, and when I was going through my undergrad education program, I had to take a course entitled “The Exceptional Child” — essentially, a special education class. My wife C and I had been married for a few years before I started this program, which was also the year Ian was born (Henry would come a few years later), so I was still in the beginning stages of parenthood while I was in this course.

One of the topics we addressed was autism, and it turned out that, in a very small way, this familiarity with autism and the diagnostic signs would be handy when Ian started missing more and more of his developmental milestones, especially with language. We sought the guidance of developmental and speech therapists, and by about age 3, he had a diagnosis. Henry’s diagnosis would come about a year later.

We mostly took all this in stride, maintaining our normal parenting approach but using this information to help them mediate sensory demands, behaviors, and such. Gradually, our boys have become more verbal, and Ian in particular hit kindergarten and had such a dramatic linguistic growth spurt that it’s practically impossible to keep him from talking now.

In the middle of all this, I deconverted. We had been regular church attenders for all of our boys’ lives, and after my deconversion, that abruptly stopped.

Henry has never shown any sign that this change affected him significantly, probably because he was younger and in general more socially averse (at least to groups). But Ian noticed the sudden absence of church, and he remained interested in it.

For a long time, the arrangement my wife and I had was that she would attend church on Sunday mornings, and the boys and I would stay at home, in part because it was difficult for her to take the boys by herself and she didn’t feel comfortable pressuring me into going for that reason (a gesture which I still appreciate). Ian, though, kept asking, and at a certain point, it became feasible for him to attend occasionally with my wife.

I’ve asked him several times why he likes going to church, mostly because I don’t want there to be any indication to him that church attendance is expected or demanded in our household. When he gives me a straight answer, he tends to talk about the activities of church: being around with other kids (he is an intensely social kid), listening to stories, and playing games.³ If I try to broach religious subjects like who God is or what it means to pray, just to see if he understands these concepts, he is decidedly less engaged.

But he tries to understand. And while we don’t do much talking about these concepts in our house, in part because we’ve agreed to stay pretty neutral about what kind of explicit teaching we do about our respective beliefs, the issue of heaven came up.

This is a bit of a point of contention in our parenting arrangement because C lost her father when Ian was only a year and a half old, and her belief in the afterlife is quite strong, making it one of the few religious topics that is almost too difficult for us to discuss or come to a neutral position about. As a result, she is often completely honest in telling our kids what she believes happened to their “papa” — namely, that he’s in heaven.

At first, Ian wasn’t sure what to make of this idea. He would ask us, “Where’s heaven?” at which point I’d shrug at C as if to say, Hey, you want to tell him this stuff, you get to explain it.

The answers weren’t satisfactory, though. Ian eventually became completely enamored with geography and maps (hyperfocus is common with people on the spectrum), and he would spend long stretches of time using a tablet with Google Maps to look at places all over the world.

So it was perhaps inevitable that he would eventually request of us, “Could you find heaven on Google Maps?”

This is a cute question, but it underscored to me that the way he looks at religious concepts, despite having spent the first several years of his life in church, is quite different than many of us who are “neurotypical” (or allistic) might envision them.

The question of whether autism provides a difficulty in conceptualizing abstractions, as would be necessary for many religious concepts like an omnipresent, immaterial God or a transcendent, supernatural plane of existence like heaven, has been raised before. Indeed, there’s some evidence that some traits of at least so-called “high-functioning autism” might be causally related to a higher correlation between being autistic and being atheist or agnostic.

I don’t know if this research is sound or if it’s been replicated at all (the linked studies above are from 2012 and 2011, respectively), but I’m less interested in the general trends than how it plays out in specific people’s lives.

April is Autism Awareness Month, and while I think that awareness is sort of a nominally good thing, what I’d like to see more of is autism acceptance.

To that end, one of the things that I’m hoping to do over the course of the next few months (or maybe more) is to highlight the stories and experiences of autistic people in reference to religion: how they conceptualize(d) God or heaven or the supernatural, how organized religion or religious practice has impacted them (positively and/or negatively), and what role religion currently plays in their lives.

My goal is to make this a cross-cultural project of sorts, highlighting both theists and non-theists from a variety of backgrounds to see how their view of the world affected the way they engaged (or still engage) with religion. It’s my sincere desire to let these voices stand for what they are, with as little mediation from me as possible, so that more people, especially those of us who are allistic, can not only become more aware but also more accepting of the diversity of voices from different religious traditions and positions.

Be looking for some of these voices in this space in the near future.

If you know/are someone on the spectrum who’d like to talk about your experiences with religion, send me an E-mail at galen@centralillinoiscelebrant.com or a message through Facebook. I’d love to showcase your stories as part of this series.

P.S. If you want to do something for Autism Awareness Month, don’t support organizations like Autism Speaks who propagate harmful ideas about autism being something that needs to be cured. If you feel compelled to “light it up blue” or wear that puzzle piece, I would suggest that you could instead Tone It Down Taupe.

¹These names have been changed. ^

³Including console video games. How unfair is it that some churches these days have video games? In my day, we had to sit on hard pews during long sermons like the good Lord intended. Darn kids. ^ 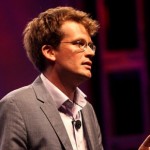 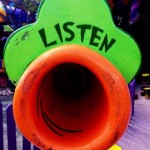 April 4, 2016 Listening Is Better Than Playing Make Believe
Recent Comments
0 | Leave a Comment
Browse Our Archives
get the latest from
Nonreligious
Sign up for our newsletter
POPULAR AT PATHEOS Nonreligious
1