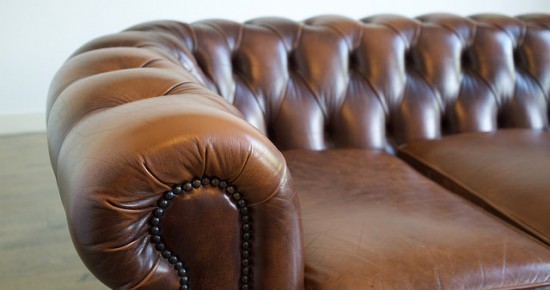 On Wednesday, Gov. Bill Haslam of Tennessee signed a controversial bill into law that essentially grants licensed counselors and therapists in that state the legal right to decline to serve a client if doing so would be a violation of that individual’s “sincerely held principles.”

This has reignited more than one debate but in particular the debate over whether therapists or counselors should in fact get that kind of exemption.

First, a point about the implications before getting to that issue: There is no doubt that this was done as an anti-LGBT and pro-“religious freedom” measure. (The bill’s language originally referred to “sincerely held religious beliefs.” Apparently someone in the legislature thought that might be just a tad too obvious.) That is bad in its own right because, as we’ve seen time and time again, the passage of these laws emboldens those who wish to make life hell for LGBT people, religious minorities, or whatever marginalized group is being targeted.

But of course the bigger question is whether or not therapists and counselors should even have this right at all. And that’s where things get a bit sticky.

I don’t have a background in therapy or counseling, but fortunately I can defer to someone who does: Brute Reason blogger Miri Mogilevsky, who happened to cover this very issue recently.

There’s too much in that piece to quote, but I would highlight a few things:

Although it might seem counterintuitive, competent and ethical therapists occasionally choose not to work with particular clients for all sorts of reasons. They may feel that they lack sufficient knowledge or experience to help a client with a particular niche issue or disorder, and that they can’t make up for it with extra training quickly enough to avoid harming the client. They may be triggered by some aspect of the client–for instance, some therapists cannot work with convicted/admitted rapists, especially if pedophilia is involved. They may realize they’re too closely connected to the client within their community–for instance, the client is the parent of the therapist’s child’s best friend, or the client is dating a close friend of the therapist. (Although in these situations, openly discussing it with the client and setting some boundaries and expectations also goes a long way.)

…if you think about it, the idea that a bad therapist is still better than none at all is rather bizarre. We don’t think that way about any other vital profession or service. […] So while I’d have to see some research to know for sure, right now I’m doubtful that a therapist could be at all effective with a client that they’re actively bigoted against.

There are more arguments and nuances that Mogilevsky brings out; I would recommend reading the whole piece.

I think the arguments speak for themselves, but I also had an experience (which I’ve alluded to before) that inclines me to agree as well.

Despite how well things have been going lately, my wife and I had some problems in the very early days following my deconversion. As I have put it before, we were in our renegotiation period, and the extra tension of that exacerbated some low-level issues we’d dealt with before my deconversion, for which we had previously sought marital counseling. Consequently, we felt like we needed to seek that guidance again.

The search for a new counselor worried me at the time, mostly because we live in a fairly religious area of downstate Illinois and so I expected that we’d only find Christian counselors. It’s not that I didn’t trust any Christian counselor to be objective about the issues related to our mixed-belief marriage, but I also knew that there would be a risk involved.

In our search, however, we made the error of not vetting potential counselors well enough, and it did not turn out particularly well.

We ended up with an appointment with a local psychologist who we found through an Internet search. When we got there and were escorted back by the psychologist, I did what I usually do upon entering a therapist’s office: check the walls for diplomas. I don’t necessarily judge psychologists based on where they attended school (our awesome former counselor had a doctorate from Southern Baptist Theological Seminary, was a former Baptist minister, and was still excellent and relatively impartial), but it does give me an idea of what to expect.

We started talking about what was going on, and a lot of what we were concerned about was how it felt like we were losing common interests and thus some of the cohesiveness of our relationship. We had to deal with the proverbial elephant in the room — my deconversion the year before — and that’s where the therapy train started to derail.

The psychologist turned to me and asked me why I had stopped believing. This could have been innocent enough – perhaps my reasons were germane to our problems – but the request made me pretty uncomfortable. I tried to answer in general terms, but he pressed me on what exactly I had problems with, and when I stumbled a bit because I hadn’t wanted to have an argument about beliefs in front of my wife, he said, “What about evolution?”

I laugh a little at this now because I accepted evolution as a Christian, but I wasn’t amused when he added, “You know, evolution is not an empirical science.”

I was completely taken off guard. My first response was, “Uh, yes, it is,” but when the psychologist reasserted the point, I simply replied, “I am not comfortable with this conversation.” (Meanwhile, I was making glances at my wife with my best Are you hearing this shit? look. She didn’t make much eye contact in response.)

The psychologist tried to pass this off as an effort to get me to feel the way that my wife likely feels about my unbelief, but when he subsequently asked her why she believes in God, he simply accepted her answers. There was no badgering or outright challenge by the doctor at this point. I remember internally shaking with rage. If I hadn’t been so committed to seeing the session through for the sake of our marriage, I would’ve stormed out.

The session moved on to other things, and to his credit, the psychologist did apologize somewhat for the harshness of the approach. The damage was done for me, though. I went in with a bad feeling, and I left with zero trust in his ability to help mediate our marital issues.

We never went back, and frankly, I wouldn’t have been comfortable asking him to refer us to someone who could be more impartial with our mixed-belief relationship.

This was our decision, of course, and any client would have that ability. On the other hand, if he had told us from the beginning that he wasn’t going to be able to be an effective counselor with our differing religious beliefs, he could have simply referred us to someone else and we could have been spared the horror of that session.

Would it have been discrimination for him to do so? Maybe, but it would have been more ethical than allowing us to come in and be subjected to clearly inequitable techniques.

As a religious freedom issue, I think Tennessee’s bill is an attempt for Christian legislators to flex their privilege and put another notch in their belts for the next re-election campaign. As a larger issue with therapy and counseling, though, I think it might be more complicated than a simple discrimination/religious freedom analysis might suggest.

Image by Sebastiaan ter Burg via Foter.com (CC BY 2.0) 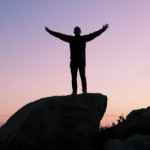 April 27, 2016
Good News! Everything You Want to Believe is True
Next Post 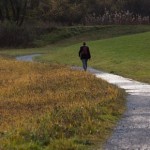 May 2, 2016 I'm Opting Out of the Movement
Recent Comments
0 | Leave a Comment
Browse Our Archives
get the latest from
Nonreligious
Sign up for our newsletter
POPULAR AT PATHEOS Nonreligious
1

John Ortberg: The Scandal That Just...
Roll to Disbelieve
Related posts from Across Rivers Wide