More Than Ever, We Need Secular Weddings — and Celebrants

More Than Ever, We Need Secular Weddings — and Celebrants May 31, 2016 Galen Broaddus 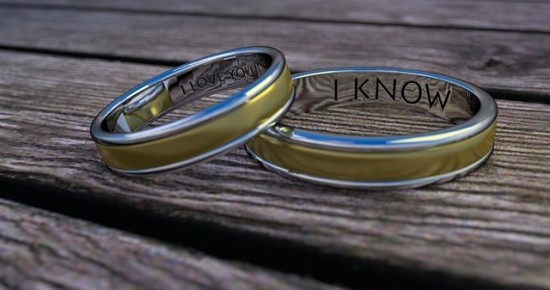 I’ve been thinking about weddings lately.

Part of it is the time of the year; as the weather has gotten warmer (at least where I’m sitting here in the Northern Hemisphere), couples have been celebrating their nuptials, and that’s only going to increase as we move into the summer months.

I’ve seen this with the friends of mine who are celebrants, talking about the unions they’re presiding over. In places all over the United States (and all over the world, truthfully), couples are seeking secular ceremonies — and secular celebrants.

After my deconversion, I started thinking more and more about the idea of becoming a celebrant. As I’ve mentioned before, my father was an active minister for most of my childhood, and I watched him officiate at wedding ceremonies many times (including my own). I had also served in some quasi-ministerial roles as a Christian, and the idea of fulfilling that kind of role — not as clergy, per se, but ministering to secular individuals in the way that clergy might for religious people — appealed to me very strongly.

I mostly put it on hold because I was involved with other things, but in 2014, an opportunity presented itself to attend a celebrant workshop with the Center for Inquiry. I was leading a CFI-affiliated group at the time, and I decided to avail myself of the opportunity, getting certified as a secular celebrant in early 2015.

I don’t often talk about my celebrant work publicly (although it did get a brief mention during my conversation with Ryan Bell), but it’s something that I feel very, very strongly about — not just as a secular celebrant or even as an atheist, but also as a member of a mixed-belief marriage.

Last week, news broke about a complaint made against the owner of an inn in my home state of Illinois by Jonathan Webber and Alexandra Katzman, a couple from Wisconsin who wanted to have a non-religious ceremony at the inn and were denied because the owner only wanted to allow a Christian ceremony.

The kicker? The couple were mixed-belief as well — Katzman is Jewish and Webber a Christian. They wanted a secular ceremony so they could avoid offending anyone with religious baggage that they found objectionable.

It’s easy to think of the inn owner’s actions as just another example of religious privilege, and that’s true. I am confident that he will be found to have discriminated against this couple on the basis of religion, if the story is accurate as described.

But the reality is that the state of Illinois — along with most states around the US — also discriminates on the basis of religion (as of the date of this writing).¹

I know that, for many atheists and secular individuals, this issue isn’t that significant. Why should it matter that the vast majority of US states don’t allow secular celebrants to solemnize — that is, to perform a wedding ceremony in a legally recognized capacity — marriages?

After all, if someone wants a secular ceremony, they can go to a public official such as a judge or (in some states) a justice of the peace. Similarly, they could find an officiant who is certified by a religious organization such as the Universal Life Church but who will also be willing to provide a non-religious ceremony.²

This is true. They could do that. But they shouldn’t have to.

And it’s not just about atheists or secular humanists. Like Webber and Katzman, it might be two religious partners who want a secular ceremony to simplify their special day. Secular ceremonies don’t just benefit secular people — they benefit anyone who wants religion disinvited from their wedding.

To make sure that these ceremonies are available, we need secular celebrants who are able to perform them without restrictions, just as religious celebrants can, even if they are not willing to work under the banner of an ecclesiastical charter.

There has fortunately been some progress on this front in the past few years, and I think it will continue. But it will take us continuing to push back and demand this right — not just for ourselves, but for anyone who needs the neutrality of a secular ceremony.

¹Other organizations that certify non-religious celebrants — including the Humanist Society and the American Ethical Union — get around this restriction because they are chartered as religious organizations. ^
²Funny story: In 2007, I got ordained as a Dudeist priest as a joke — I hadn’t even seen The Big Lebowski when I did so — and that ordination is technically more valid in the eyes of the state of Illinois than my actual certification with CFI, which at least required a training workshop. That’s how ridiculous the state of affairs is here. In their 2014 decision finding in favor of CFI in Indiana, the Seventh Circuit Court of Appeals noted the problem: “A marriage solemnized by a self-declared hypocrite would leave a sour taste in the couple’s mouths; like many others, humanists want a ceremony that celebrates their values, not the ‘values’ of people who will say or do whatever it takes to jump through some statutory hoop.” ^ 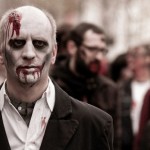 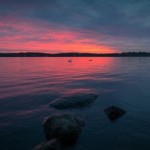 An Evangelical Site Tries Hard to...
Roll to Disbelieve
Related posts from Across Rivers Wide