Yes, This Is About Accountability and Transparency

Yes, This Is About Accountability and Transparency May 6, 2016 Galen Broaddus 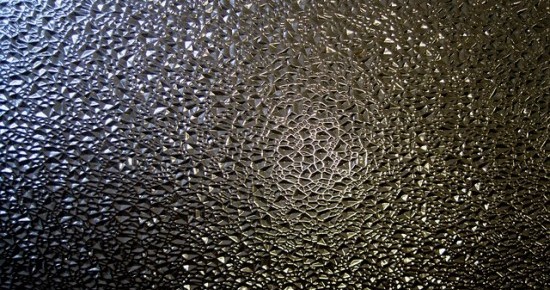 When I wrote my piece disowning the secular movement earlier this week, I had intended that to be the last I’d speak of the movement for a while. I spoke in generalities partially out of necessity and partially because I thought the specifics largely didn’t matter and would just confuse the broader issue.

On Thursday, the non-profit Recovering from Religion released a statement regarding my colleague Neil Carter, who had previously served as the group development director for the organization. (Because that’s the news page and not a separate post, here’s an archive of the page in case it changes at a later date.) Neil has responded at length — and I do mean at length — in his own post.

If you haven’t read those links, go do it. Seriously. Click the links and peruse them. I’ll wait for you.

Back now? Welcome back. Is your head spinning a little bit?

Now you know a little bit of how I’ve felt the last few weeks.

This particular Charlie Foxtrot hits a little closer home to me, though, since Recovering from Religion (hereafter RFR) is an organization for which I volunteered many hours and a significant amount of writing¹ as both a call agent and supervisor for the Hotline Project and a contributor to the now-defunct Ex-Communications blog. As a result, I feel obligated to outline my involvement and corroborate a few details from Neil’s excellent post (which, I should note, stands for itself).

I first got involved with RFR in 2014 after I heard about the proposed hotline. I was two years post-deconversion, and I had five years or so of call center experience, and so my enthusiasm for the project was practically boundless. I got on board early and was in one of the first training classes with Teresa Macbain, who would later become the project’s director.² Not long after the hotline’s launch, Teresa approached me about becoming more involved, and I became part of the supervisor team.

As a contributor, I had access to the RFR Facebook page in order to share the posts I was writing, and I often helped field questions about the organization or direct resources. One day in early October, I got a phone call out of the blue from someone who wanted to start a local group and had followed a trail of breadcrumbs from the RFR blog to my personal phone number. I forwarded the information to Neil, since the group development director seemed like the reasonable person for that, and when I followed up a week later, Neil’s response sounded…frustrated. He didn’t voice this specifically to me or even hint at a reason for it, but it came through in his reply. When he says that he was somewhat frustrated in his initial efforts by RFR board members, I believe him unreservedly. It was evident to me that things were not going well even in mid-October, before any of the other mess became more known to me.

Writing for the blog and juggling supervisor duties for the hotline (in addition to, you know, the rest of my life) eventually took a toll, and after hitting a wall in early October, I notified the other contributors on our private backchannel that I was going to take a hiatus from blogging and sent Teresa an E-mail to the same effect for the hotline.

That was October 25. On October 26, RFR released a statement announcing Sarah Morehead’s resignation as executive director and departure from the organization. The timing was, as you might guess, not great, but it was pure coincidence. My decision to step away from volunteer work was made before any of this ever became known to me.

I figured that would basically be it, aside from an occasional check-in E-mail. Nope, definitely not.

Two weeks later, I was contacted by E-mail in connection to the Secular Therapist Project website, which Darrel Ray (RFR’s founder and board president) wanted to redesign. This puzzled me a great deal, as I had informed Teresa Macbain that I was stepping away for health reasons (essentially, that I was so burned out that it was affecting my physical health), and when I informed Darrel of that so he wouldn’t get his hopes about asking me to help, he insisted that he wasn’t asking me to do any work and just wanted to consult with me since my day job is web development.

This struck me as a bit odd (the initial contact said that they were looking for a web designer, implying that they wanted someone to do the work), but I shrugged it off as perhaps my misreading of the message chain. I didn’t want to do a phone call, so I offered that I’d be at Skepticon since I knew he’d be doing a workshop there. He agreed to meet then.

That meeting never occurred (nor did Darrel follow up with me by E-mail when we never connected at the con — more on that in a sec). What did happen at Skepticon is that a RFR volunteer (who is now a board member) asked to speak with me privately concerning my reasons for stepping away.

I won’t go into the details of that particular conversation except to say that I was extremely uncomfortable about it. The issue wasn’t so much that I’d walked away — again, I had a perfectly good reason — but the timing, namely that it apparently seemed like too much of a coincidence to be left without further questioning.

At this point, I was pretty sure I’d dodged a bullet and that my timing was almost impeccable because this was starting to feel like a pattern.

And it is, to be perfectly clear, a pattern that fits almost a little too well with what Neil describes, one that relies on plausible deniability and insinuations made by surrogates intended to insulate the organization itself from responsibility. Could I say, for instance, that I’d been told anything that might for instance violate an NDA? Not likely, but there was some proverbial winking and nudging, if you catch my drift.

Could I say that I was being checked up on, that an attempt was being made to get me into a conversation based on seemingly innocuous grounds? Not for sure. But when the reason for reaching out — consulting for a website — suddenly doesn’t seem to be of any importance once I’ve been checked up on, that sets off alarms in my head.

I can’t vouch personally for anything that Neil has written about the newest participants in this kerfuffle, Gayle Jordan and Eliott Canter. Gayle did reach out to me in February asking for my “counsel” about blogging, but I didn’t feel any sort of pressure to go beyond an E-mail response. (The timing here is also curious. I sent Teresa Macbain a message that I would not be returning to RFR work on January 20, and Gayle sent her message on February 5. I hadn’t received any personal correspondence from anyone at RFR since November.)

But if I wanted an example of the way that the atheist movement and atheist orgs in particular have become so incestuous and inextricably intertwined with each other, Jordan and Canter’s involvement with RFR might be the one of the best.

This brings me back to the sentiment that Neil and I share in all this: What Recovering from Religion is doing is important. Under any other circumstances, I would be more apprehensive in sharing this information, which isn’t particularly damning in itself but does appear to show the same kind of behavior that the RFR board (and its unofficial agents, including others not mentioned here) has displayed toward Neil, who is one of the most scrupulous and fair-minded people I know in atheist circles (sometimes even frustratingly so).

I would like to see that work continue to be done. I’m not even saying that RFR is entirely irredeemable or that everyone should drop all support for them. In fact, I still have friends who continue to do work with the organization.

But if RFR is going to make statements in the name of accountability and transparency, they had better be prepared to be held to the same standard.

From my experience so far, transparency has not been one of their strong suits.

Image of opaque glass via Pixabay

¹ I also want to note that my blogging at Ex-Communications may in fact have constituted a financial donation as well because of ad revenue. I never received a penny in compensation for my writing. ^
² Macbain, who was once on the board of RFR, is apparently no longer with the organization, although I have no idea why that split happened. ^ 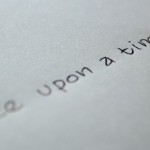 May 5, 2016
Satisfying Narratives and Feynman's First Principle
Next Post 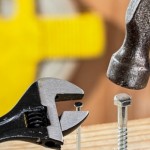 Tim Keller Pushes the Myth of...
Roll to Disbelieve
Related posts from Across Rivers Wide