Leaving Religion Is an Act of Rebellion — and That’s a Good Thing June 17, 2016 Galen Broaddus 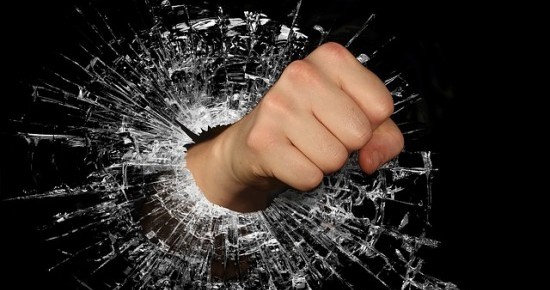 A Note Before Proceeding

For many days since the Orlando attack, I’ve been watching LGBT friends of mine (as well as others who aren’t even acquaintances) struggle with the aftermath — and in many cases how many religious people have responded to this assault on the very safety and well-being of LGBT people with little or no compassion. And it has worn down my sense of diplomacy.

So I’m taking off my diplomat hat for a post and publishing something that I wrote last November, not intending it to be published on this network. Yes, this is a piece that attacks religion, and while I neither think religion is solely (or even primarily) to blame for the attack nor consider all religious people equally culpable of the homophobia that in many ways validates the mindset that causes such violence, it does underscore one point about religion that I think is worth mentioning. And if nothing else, I hope it provides some catharsis for others.

It is an inescapable reality that people – certainly in the U.S. and Europe – are by and large leaving religion (and a growing number of people simply never become a part of it). As a result, those who were able to escape the pull of religion often have to hear the excuses or rationalizations made by the religious about why we really left. Maybe it was just “bad Christians” (exchange “Christian” for any other religious group as needed) or that our expectations were too high.

The one that always gets to me, especially because Christians in particular readily find passages in the Bible to back it up, is the idea that we are “rebelling against God.” (Unfortunately, it is trivially easy to find examples of people making this claims, apparently including philosophers with horrible, long-debunked arguments.)

The first reply to this is the obvious one: It makes no sense. For those of us who reject religion and the idea of deity, we’re rebelling against God in the same way that not putting out cookies at Christmas is an act of rebellion against Santa Claus. You can’t rebel against a being whose existence you doubt or deny. And for those who don’t reject the idea of deity, this claim is often made using religious reasoning to back it up — the very reasoning that the secular person rejects. As such, there’s no reason to accept such circular logic (and indeed, you can even find religious apologists arguing that this “rebellion hypothesis” is completely unfounded).

But I would concede this much: Leaving religion is an act of rebellion – against the false authority of religion itself.

In her excellent book Coming Out Atheist, author Greta Christina spells out one very significant reason for atheists in particular to come out: “Religion perpetuates itself through social consent. And coming out atheist denies it that consent.” I would argue that this is true as well for those secular people who don’t identify as atheist. When you are bold enough to say, “I’m not religious,” or “I don’t go to church,” or “I’m not a believer,” you are making a statement that you do not accept the legitimacy of religion in your own life.

These acts are not insignificant. Religions generally hold a degree of respect that is unwarranted given their frequent inability to provide a reliable moral code, to promote strong communities without also becoming insular and exclusive, and to explicate a view of the world that comports with observed reality. Appealing to religious beliefs is often a way of insulating views from criticism, as though religion is a shield against scrutiny. But that is not only false; it is toxic and anti-intellectual and not conducive to determining what is true in this world.

One of my favorite quotes is by P.C. Hodgell (although it is often misattributed to Carl Sagan):

That which can be destroyed by the truth should be.

All too often than not, religion does not attempt to illuminate the truth in this manner; it asserts that it alone knows the truth (well, except when they argue that you really know it deep down and are just denying it) and that you must accept their word as authoritative. Truth found from outside is insufficient; rather than being destroyed by the truth, religions say, “No, we get to set the benchmark for truth, so make that thing line up with what we’re saying or we’ll call it a lie.”

And to that, I say no. I am an autonomous, conscious, intelligent being, capable of making my own observations and conclusions about reality and my own judgments of how any claim – whether from a religious source or not – lines up with what is observed. I will not outsource my fact-checking to a source which is motivated to dismiss evidence that contradicts its own dogmas. I will not accept an unquestionable set of ethics handed down from on high. I will make up my own mind.

So yes, Religions, I confess: I am in rebellion against you. A glorious rebellion of independence and intellectual liberty. And for that, I feel no shame. 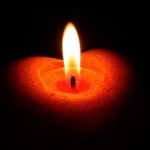 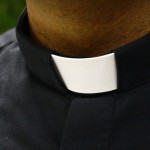 June 22, 2016 In Defense of "Secular Ministry"
Recent Comments
0 | Leave a Comment
Browse Our Archives
get the latest from
Nonreligious
Sign up for our newsletter
POPULAR AT PATHEOS Nonreligious
1