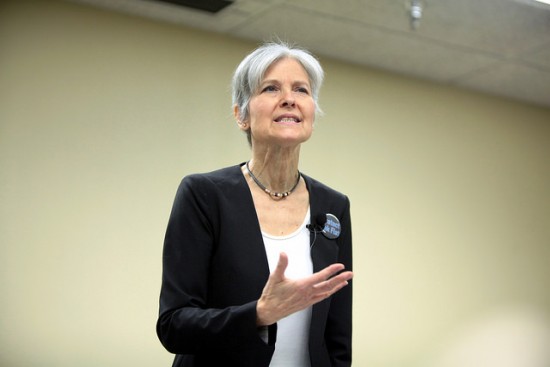 I swear, I will stop talking about politics so much…eventually.

There’s been a bit of a back-and-forth among various bloggers here on the atheist channel regarding Jill Stein, spurred mostly by the fact that Bernie Sanders’ campaign is over in all but the most technical sense (i.e. that he hasn’t suspended his campaign yet). So the support for Bernie among the channel (which I observed when I made my very first post on Hillary Clinton in March) has started to shift different directions, some toward Clinton and some going toward Stein, the presumptive nominee of the Green Party.

The question that is being tossed around is two-fold: Is Stein anti-vaccine and does she promote homeopathy?

Despite Arel’s jab at Clinton supporters, I actually agree with him and Hughes: Stein isn’t anti-vaccine, and she doesn’t promote homeopathy.

But what she does say on those subjects is bad enough — and telling in its own way.

Did You Hear That? Good, You’re With Me

The attention here mostly goes back to a Reddit AMA Stein did where she was asked about her campaign’s stance on vaccines and homeopathy. I’m not going to quote her whole response, but she made these points, among some other direct policy suggestions:

Notice any similarity? Points 2, 4, and 6 are basically the same point, restated for each individual context. (I include them separately to illustrate Stein’s own repetition.)

Point 1 is a strange one — who’s asking for mandatory vaccination without exemptions for individuals with contraindications? — as is point 5, which I quoted directly to avoid misrepresenting it. (Does Stein think that people consider a lack of testing to indicate safety? It’s not exactly an answer that makes sense with the question.)

Stein is an MD, so it’s of course something of a relief to see her make point 3. That basically means she’s not anti-vax, right?

In the strongest sense, that’s right. But what Stein does on all of the points is to blur the line a bit by making statements that sound perfectly innocuous but have a subtext to them. You know, dog whistles.

Here’s the thing about being anti-vaccine: It’s not a popular position. And not only are vaccine deniers and their ilk the minority, but their position is one that many people find flatly risible since it endangers not only the unvaccinated (generally children) but those who cannot be vaccinated and rely on the herd effect for their own protection against vaccine-preventable diseases.

So how do you talk about your position publicly without others castigating you for it? You couch your position in reasonable-sounding words and phrases that will signal to others like you what you’re really getting at. You don’t say that you’re anti-evolution — you’re “teaching the controversy” or “talking about strengths and weaknesses of the theory.”

Similarly, for those who flirt with or full-on embrace vaccine denialism, you don’t — can’t — say that you’re anti-vaccine. Instead, you’re “pro-safe vaccine” or a skeptic about “Big Pharma.” (The latter helpfully allows you to cast doubts on more than vaccines.)

For Stein, this is speaking out of both sides of her mouth. As the de facto leader of the Green Party, she can’t publicly oppose a position that her party has taken (and to some degree still takes) regarding homeopathy or vaccines. As someone trying to reach out to potential Green voters, especially disenfranchised former Bernie Sanders supporters, she needs to express sentiments that are mainstream enough to seem respectable.

The answer? Blame “Big Pharma” and corporate influence in government.

Maybe Stein believes this, but if she does, she should know better. She’s not unintelligent or uneducated; her medical degree is from Harvard. What it looks like she’s doing is conveying existing doubts about government regulation; what she ends up doing is lending the gravitas of her medical training and her political advocacy as a presidential candidate to those doubts themselves. That’s a serious problem.

And her critique cuts both ways. Two high-ranking Republicans, Sen. Orrin Hatch and Rep. Jason Chaffetz (both of Utah), are very connected to — and well-funded by — supplement manufacturers.

Nowhere to be found, naturally. That isn’t a sound her base is going to want to hear.

Part of Stein’s appeal at this point is as a political outsider. She has never won a general election above the local level, having been elected a town meeting representative of Lexington, MA, twice. She is running with a party that has never broken 3% of the popular vote in a presidential election.

But this is a quintessentially political answer from Stein. I suspect that she doesn’t entirely believe what she says, but she says it in a way that is least likely to alienate her base or potential supporters.

It’s just not the sensible or ethical answer.

So no, I don’t think that Jill Stein is anti-vaccine or pro-homeopathy, but as I’ve said elsewhere, I do think that she is perhaps anti-vax-adjacent and homeopathy-sympathetic.¹

But What About Hillary Clinton and the Democrats?

At the end of his piece defending Stein, Hughes mentions two pieces of information that are intended to challenge this criticism. The first is that the California Democratic Party platform includes support for “generally accepted holistic healing practices and alternative medicine.” (Hughes says that this state party “supposedly is somewhat representative of general attitudes of Democrats,” which I think is very much not the case. The CA Green Party platform has a very similar provision, so it is more likely a thing for left-leaning Californians.)

The second is that Hillary Clinton has flirted with alternative medicine as well with her connection to Dr. Mark Hyman, a supporter of so-called “functional medicine.”

I’m not that worried about the first — like I said, it might well be a California thing, and it doesn’t seem to be filtering up to the national party.

But who Hillary Clinton listens to does matter to me, and if Hyman will have her ear, then that is certainly not a good thing.

The problem here is that this criticism of Stein is being treated as a dealbreaker, and if that’s the case, then sure, it probably applies to Clinton as well (and would also have applied to Bernie Sanders). It isn’t that for me, and I would submit that anyone using this as a non-negotiable will be disappointed in the choices. (After all, Donald Trump is a full-blown vaccine denier, and Libertarian Party candidate Gary Johnson has said that he opposes “mandatory vaccines,” which is essentially another dog whistle but intended for a slightly different effect.²)

Still, Clinton’s health care page on her website doesn’t mention anything along the lines of “holistic approaches” or “complementary and alternative medicine” and in fact talks about decreasing the cost of pharmaceuticals. I’m not sold on the idea that this is going to drive her health policy toward woo, especially since there’s no sign that the Democratic platform will include any such language.

I have said in the past that I’m at peace with settling, and that’s what I’m doing when I support Hillary Clinton. Don’t get me wrong, I’m an enthusiastic supporter of Secretary Clinton, but I also realize that there’s not ever going to be a perfect candidate, and the things I like about her generally outweigh the areas of disagreement I have with her. (For crying out loud, she has shown sympathies with UFO believers. You better freaking believe I have a difference of opinion on that.)

Maybe people feel the same way about Jill Stein. If so, then they shouldn’t write her off for this position.

But that, coupled with the Green Party’s support for many different kinds of pseudoscience, is still troubling and worth highlighting.

¹ Sorry, a bit of nerdy humor there. ^
² That is, Johnson is appealing to “individual liberty” rather than just vaccine denialism. ^ 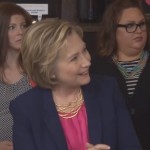 July 13, 2016
Hillary Clinton and the Radical Power of Listening
Next Post 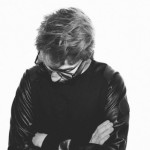