Cutting the Cord: A Crash Course on Quitting Your Church

Cutting the Cord: A Crash Course on Quitting Your Church November 30, 2016 Galen Broaddus 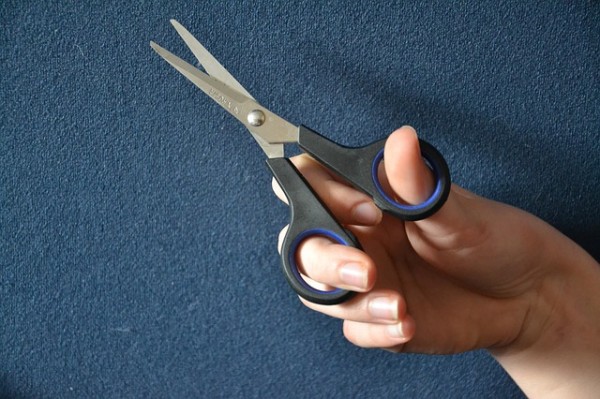 After a long season of fairly political content around here, I’m getting back to a topic I’ve wanted to talk about for quite a while — probably over a year, in fact — so if you’re looking for a simple piece about being an ex-Christian, congratulations, this one’s for you.

In late March of last year, I did something that I had honestly been meaning to do for a few years by then: I formally asked to be removed from the membership of the last church I regularly attended.

This is probably going to seem a bit strange to some people, not just those who have never been religious but to some of those who have left religion after having a deep connection to a community and a faith, but I still think there’s something to be said for cutting ties altogether after leaving religion.

So here’s my explanation of what led me to resign from my former church, why doing so can be a very positive and principled move, when it’s either impossible or inadvisable, and how I would recommend going about it if you decide to do so.

Breaking the Tie That Binds

First, a quick timeline: I began attending the aforementioned church, an evangelical American Baptist church in a small rural town, in roughly 2001, which is when my family collectively moved our memberships from the last church my father (a Baptist minister) had pastored. I was a teenager at the time, and I was active in youth and in music. I would end up staying at the church until the end of 2010, at which point I was the church’s unofficial music minister and its choir director.

The departure was due to a lot of factors, a few of which related to the work I was doing in the church, but ultimately, I wanted to leave because I felt strangled by the church environment. So in 2011, our family started attending a different church, and after about a year of relatively regular attendance there, I had the epiphany that signaled my deconversion.

After about three years, a great deal had changed for me. I was involved in atheist groups; I was blogging about my deconversion and life after faith for the Ex-Communications blog; I was actually using my name publicly to talk about being an apostate. And it occurred to me that, like many former Christians, I still had my name on the membership rolls of a church whose beliefs I could no longer assent to.

So I decided to take action, and I sent a letter in early April of 2015 asking to be removed from the membership.

Why Even Bother Quitting Formally?

Put simply, because allowing your name to sit on the membership of an organization whose goals and principles you disagree with, if not outright oppose, gives them the illusion that you still tacitly consent to those things.

This may not matter much to some people, who may think that there’s no real harm to allow a church to think that they have more support than they actually do, but a church that has no idea that people are rejecting its beliefs and mission — let alone why — cannot reform itself.

Don’t get me wrong: I don’t think that churches are likely to reform themselves because of these resignations. To the degree that they even give any consideration to these requests, they will very probably engage in rationalizations about those who leave the fold. But it is a repudiation, and that does mean something.

Is This Even an Option for Me?

I was a member of an American Baptist church, which is a denomination that allows a relatively high degree of autonomy to individual churches. If you’re ex-Mormon or ex-Catholic, you’re looking at a much higher bar to do anything. (In the case of the former, you might well be inviting more trouble; in the latter, you’re likely to elicit a yawn and a shrug at best.) When in doubt about the process of disassociation, it may be best to seek out someone from your denomination or faith tradition who has gone through that process, if at all possible.

There are also other logistical issues that may present themselves. For instance, if you have family that attend the church who you’re not out to, this is a pretty good way to start uncomfortable conversations. Not all uncomfortable conversations are bad, of course, but you have to weigh whether or not you’re ready and willing to have them, particularly if the end result could be alienation from family, friends, neighbors, and so on. And if the consequences are higher, such as risk to your livelihood, then of course the decision is even weightier.

Of course, you can leave your church without outing yourself as an atheist or non-believer altogether, but by showing that you have had doubts or a change of heart about some things, even if you never say that it’s about the Big Issues, there may be presumptions about your ability to discern rightly, and that may result in attempted intervention. These conversations can be more than simply just uncomfortable: They can be practically coercive. You may get assurances that your doubts are welcome, that the church does not wish to quash dissent, and you will have to judge for yourself whether that is the case. (In my experience, it generally isn’t.)

If a pastor, priest, deacon, elder, or whoever tries to push you into a conversation you’re not willing to have, be firm and decline. How politely you do this is, of course, your prerogative.

So What Do I Say?

Every situation is different, but for reference, here’s the letter I sent:

To Whom It May Concern:

I am writing to request the removal of my name from the membership rolls at [Church].

I became a member of [Church] in 2001 when my family moved our membership from the previous church we had attended. Over the course of several years, I served in a variety of capacities: musician, children’s church teacher, choir director, worship leader. Aside from some periods of frustration and burnout, I was generally happy in the ministry work that I did, and I have many fond memories of my time at [Church].

However, during that time until our departure from [Church] in late 2010, I also had long periods where I felt — and largely still feel — like there was a lack of openness to questions or issues that I had about a variety of matters. Political issues were frequently mentioned from the pulpit and in Sunday school classes, always of a particular partisan bent; speakers dealt with hot-button topics publicly with the accepted positions taken entirely for granted; dissent was nowhere to be found, nor the opportunity for it to be presented. While these are features that I have now come to expect from most churches, they were ones that I seriously grappled with, even expressing my feelings on the matter to church leadership at the time and receiving no real satisfactory answers or solutions.

Still, despite a growing sense of my diverging views from the general membership, I persisted in working for the church as mentioned above. Eventually, our family made the decision to leave [Church] and pursue other worship opportunities. I personally did not find a church that I felt compelled to join as a member, so I had no real reason to move my membership away from [Church]. In the past few years, however, my personal positions have shifted significantly and are now so far away from the church’s core doctrines that I can no longer in good conscience allow my name to remain on the membership as someone who approves the basic teachings that [Church] stands for.

Consequently, as mentioned above, I would like my name to be removed permanently from the membership rolls of [Church]. I do not wish any further contact regarding this matter.

Thank you for your cooperation.

This response boils down to these elements:

Each of these is important to establish that you are serious, that your previous connection was sincere, that you have thought carefully about this decision, that you have a definite remedy, and that you do not wish to have any further dialogue about the decision but wish the church to comply with your request.

It’s possible that the church may not take your request seriously or respect your wish not to be contacted, but if so, that isn’t your responsibility any more. Stand your ground and refuse to be pressured.

If nothing else, they cannot ignore that you made this statement. It might not have a significant impact, but it can be one little way in which you can take a stand and not allow the church to count you as one of their own.

You deserve at least that satisfaction. 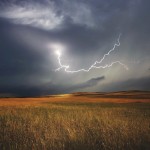 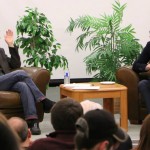