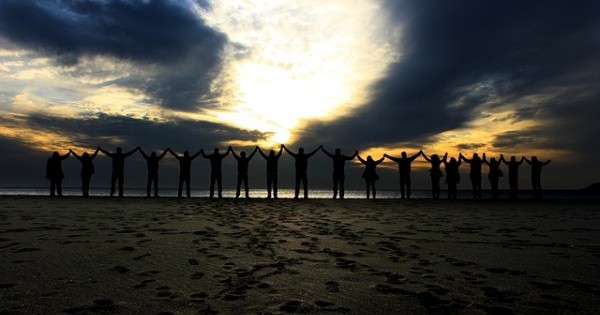 As I might have mentioned a few times here, I’m a big fan of the Center for Inquiry. Obviously, part of that is because I worked with the organization to lobby the state of Illinois to permit secular celebrants to solemnize marriages (which resulted in a lawsuit that we won).

But in truth, I have long admired the organization’s multifaceted approach to foster local communities (my own former local community was CFI-affiliated), promote secularism in government, and fight for human rights around the world. I also have a number of friends who work for the organization in various capacities, from CFI HQ down to local branches, and think very highly of CFI staff in general.

I also follow CFI on various social media, and given the chaos of this weekend, starting with Friday’s executive order in which Trump blocked entry to citizens of seven countries (as I mentioned last week) including legal permanent residents with green cards, CFI’s various accounts were fairly active.

Take for example a few tweets they sent out late in the day on Saturday:

When they use fear, lies, and religious division to tear us apart, reason, compassion, and free expression win the day. Let's keep working.

Make us afraid of each other? Ban one religion and favor another? Choke off science and free expression?

No. We will fight back, together.

These are the kind of statements that should be utterly uncontroversial for CFI to make, as they hit on the major values that the organization stands for: freedom of expression, scientific skepticism and science-based public policy, and secular government. Such statements of solidarity, defiance, and resolve are completely appropriate in this situation.

But in both cases, people pushed back, and the responses reminded me a bit of what I saw on social media in response to my colleague Adam Lee’s excellent piece from December titled Will Atheists Stand in Solidarity With Muslims? — which was to counter that atheists said that we shouldn’t stand in solidarity because Muslims wouldn’t stand in solidarity with us if the situation was reversed. (For those who don’t click through, Adam takes a similar position to CFI in his piece.)

I feel like there are several points to be made here.

First, many Muslims would absolutely stand in solidarity with atheists if we were persecuted. I have the utmost confidence, for instance, that my colleague Hind Makki, who is also one of my collaborators at the interfaith blog Crossing the Streams, would be one of those Muslims beside us. In the US, certainly, I think Muslims understand what it is like to live as a vilified and marginalized class — better than most atheists, honestly — and while experience doesn’t always teach us these lessons like we expect, I would bet that there would be a significant amount of support.

Second, there’s a simple pragmatic reason to stand up even for people who wouldn’t reciprocate that support: Persecution often happens in stages. That’s part of the force of Martin Niemöller’s famous poem, that allowing others to be persecuted weakens our ability to protect ourselves. Remove a strand from the fabric of society, and you shouldn’t be surprised to see it unravel on you. So even if you don’t find a particular reason to protect a marginalized group, it can be argued that such seemingly altruistic efforts on behalf of others can be justified on self-interest alone.

But most importantly, there’s this: We should wish to stamp out all injustice, not merely when it happens to us. Indeed, only being concerned with justice when it affects our own rights is hardly laudable at all. As Martin Luther King, Jr. said in his “Letter from Birmingham Jail”:

Injustice anywhere is a threat to justice everywhere. We are caught in an inescapable network of mutuality, tied in a single garment of destiny. Whatever affects one directly, affects all indirectly. Never again can we afford to live with the narrow, provincial “outside agitator” idea. Anyone who lives inside the United States can never be considered an outsider anywhere within its bounds.

I don’t need anyone’s assurance that they would have my back to vow to defend them from oppression. My desire to see a more just world is enough to motivate me. Reciprocity is nice, but not requisite.

I never would have expected this to be a controversial position, but a lot of unexpected things have happened lately. Nevertheless, I stand by it, and I stand with anyone — no matter whether they are secular or religious — who stands for justice at this crucial moment. I hope you’ll stand up as well.

Addendum: After this post was published, CFI put out a statement calling Trump’s ban “an outrageous act of cruelty,” with Michael De Dora saying that it “has no basis in facts, reason, or human decency.” I wholeheartedly agree.

If you’d like to help support the work I do, consider supporting me through Patreon. 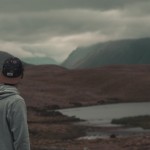 January 25, 2017
These Are the Times That Try My Humanism
Next Post 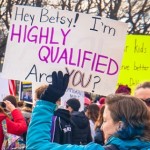 February 6, 2017 Betsy DeVos Is a Danger to Public Education
Recent Comments
0 | Leave a Comment
Browse Our Archives
get the latest from
Nonreligious
Sign up for our newsletter
POPULAR AT PATHEOS Nonreligious
1

How Hell Developed in Early Christian...
Roll to Disbelieve
Related posts from Across Rivers Wide