On Surviving and Rating Our Pain

On Surviving and Rating Our Pain July 19, 2017 Galen Broaddus 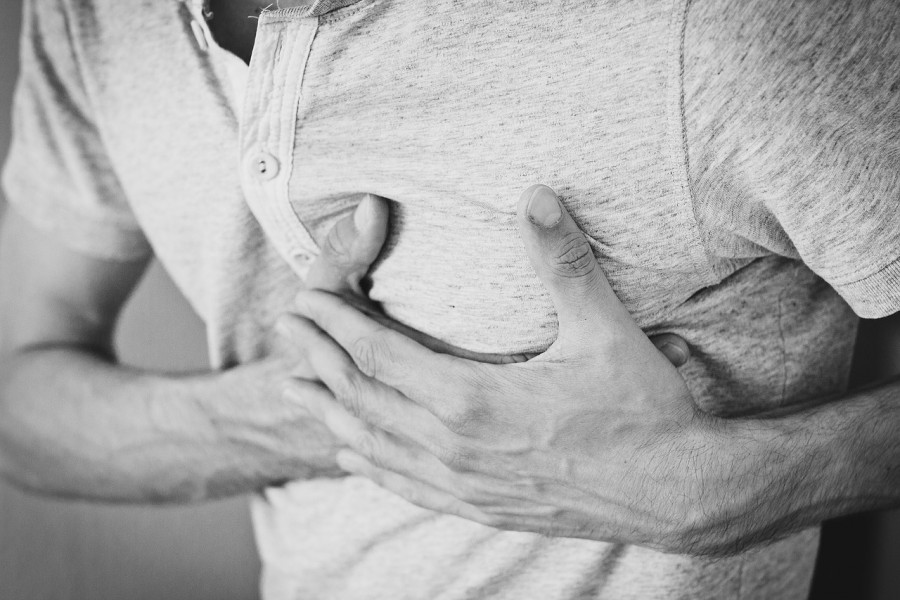 “And how would you rate your pain?”

Like many people who have accessed medical care (at least here in the States), I’ve heard these words more than a few times in my life. I had nurses asking me these questions when I had kidney stones (several times, many of which required emergency room visits) and when I suffered from lower back problems that turned out to be a herniated disk. I even watched someone else get asked this question once when they were suffering from a spinal headache due to anesthesia. (Not a pleasant sensation, as I understand it.)

The question is both absolutely invaluable for medical professionals and absolutely bonkers. Pain is a notably subjective phenomenon and not particularly amenable to quantifiable measure, which means that self-reporting is required for anyone who’s tasked with helping to diagnose a patient’s condition and (hopefully) relieve their pain.

But such a subjective measure can be a bit of a problem. It’s easy to answer the binary “Are you in pain?” but much harder when you need to assign a number whose primary calibrations are “no pain” and “the worst pain you can imagine.” Having seen that spinal headache — that seems like a definite 10. The pain I experienced after having a lithotripsy the last time I had a kidney stone or the pain of sciatica from a pinched spinal nerve are essentially my personal markers for a 10.

Beyond that, though? The difference between “it’s all good” and “HOLY &*^%$ THIS IS EXCRUCIATING” is quite large and thus difficult to grade meaningfully.

In many of these cases, I’ve found myself wavering not just because of uncertainty about the arbitrary numerical benchmarks but because I’m weighing my personal evaluations with their implications. After all, if I’m in the ER with professionals who are doing triage likely with multiple individuals, whose problems I’m not privy to for many good reasons, I don’t want to inflate my problem and take up the time and attention that should rightly go to someone else.

If you just read that and wondered what kind of screwed-up thinking that is for someone who has gone in search of emergency medical treatment, you’re right. But that’s the kind of thought processes that have become ingrained in me over the course of my life. Accept self-denial and self-sacrifice. Don’t be a burden to others. Remember that lots of other people have it worse than you.

It should thus be no surprise that this kind of thinking hasn’t just affected my ability to rate my own physical pain.

Near the beginning of my blogging on this network, I wrote a piece called Those Who Carry the Scars Must Remember. It’s a piece I’m still quite proud of, perhaps my first piece of public writing to really delve into some of the pain that I experienced as a child.

Looking back on it, however, there are a few things that stand out to me. The first is how quickly I pivoted from my own painful experiences to those of others, which is perfectly congruent with the mentality that my focus should be on the pain of others rather than my own.

The second is how much I minimized my scars from my journey out of religion. In truth, I didn’t really even realize that I had baggage from leaving religion until very recently, when attending a religious wedding triggered in me feelings of alienation and discomfort like I hadn’t felt in quite some time.

This was stunning to me because of what the implications were: I had been ignoring a problem that existed but which I was refusing to address directly. Part of this was the fallacy of relative privation that had been inculcated in me and the subsequent dictate to push down my own pain because it wasn’t as bad as people who had experienced profound emotional, mental, or physical abuse from religion.

But part of it was also another habit of mine, developed from years of bullying and abuse, to wall up those feelings so that I wouldn’t have to feel them so much. When you feel helpless to counter a social system, from peers to parents, that demands conformity no matter how much it breaks you, anything you can do to not feel so much — or to feel and express in socially acceptable ways — is not just useful but vital.

Recently, a Facebook friend of mine shared this quote from the novel The Summer We Got Free by Mia McKenzie:

A long time ago, when you were a wee thing, you learned something, some way to cope, something that, if you did it, would help you survive. It wasn’t the healthiest thing, it wasn’t gonna get you free, but it was gonna keep you alive. You learned it, at five or six, and it worked, it did help you survive. You carried it with you all your life, used it whenever you needed it. It got you out–out of your assbackwards town, away from an abuser, out of range of your mother’s un-love. Or whatever. It worked for you. You’re still here now partly because of this thing that you learned. The thing is, though, at some point you stopped needing it. At some point, you got far enough away, surrounded yourself with people who love you. You survived. And because you survived, you now had a shot at more than just staying alive. You had a shot now at getting free. But that thing that you learned when you were five was not then and is not now designed to help you be free. It is designed only to help you survive. And, in fact, it keeps you from being free. You need to figure out what this thing is and work your ass off to un-learn it. Because the things we learn to do to survive at all costs are not the things that will help us get FREE. Getting free is a whole different journey altogether.

Reading this was, without exaggeration, a revelation. I’ve been in therapy for a few months now trying to disentangle some of these issues in my journey through the valley, and getting it through my head that I have so many learned behaviors that were once useful but have now become maladaptive in my attempts to be free has been difficult but also liberating.

One of those learned behaviors is this hesitance to claim my pain, to say that even though it might not be a 10, even though there are worse traumas imaginable, it is nonetheless pain that registers on the scale and deserves to be rated for what it is, not how it compares to others.

And yes, I still find myself resisting, telling myself that I have no right to rate my pain so high, that I’m inventing trauma that never really happened or at least not to the degree I think.

I’m learning now to tell that voice to shut the hell up.

If you’re like me and worry about your pain being pretensions of hurt or making sure that you’re being mindful of the proportionality of your claim, then I want to say this to you just as I have to continually tell myself: You have permission to claim your pain. Don’t let your sincere caution keep you from recognizing what you have truly gone through.

And don’t be afraid to rate it. The people who can help won’t be able to do so until you do.

July 25, 2017 Is Nuance Good? The Answer Is Not That Simple
Browse Our Archives
get the latest from
Nonreligious
Sign up for our newsletter
POPULAR AT PATHEOS Nonreligious
1

An Infidel Reads Sūrah 83
This is the 48th part of this series, reading The Qur’an; A New...
view all Nonreligious blogs
Copyright 2008-2021, Patheos. All rights reserved.