On Kneeling and Blasphemy Against American Civil Religion 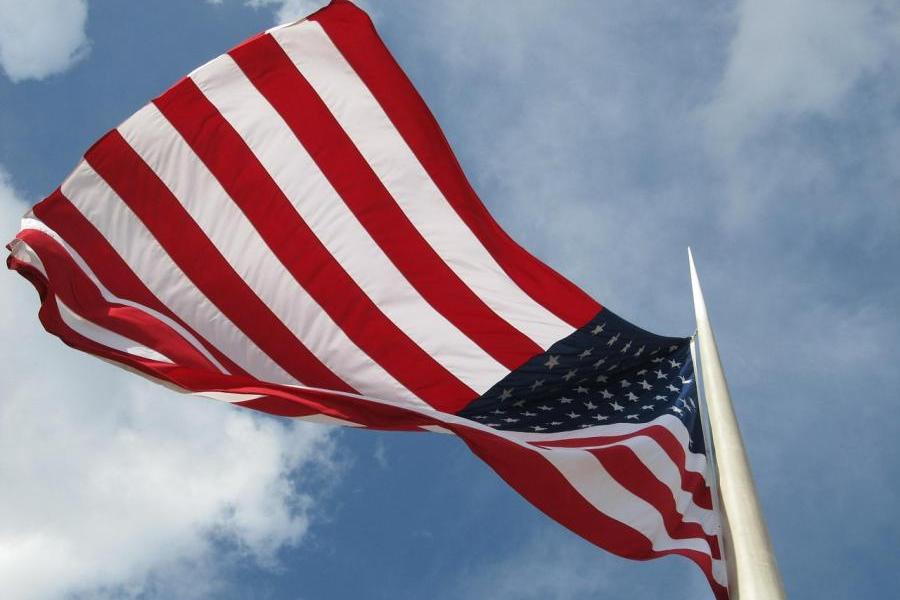 When I talk about my deconversion and my process of doubting, I pretty much always talk about the period from about 2005 to 2012, during which I engaged in a long examination of my beliefs and got outside the conservative, evangelical bubble that I had lived in my entire life.

But the truth is that Christianity was not the first religion I doubted, nor the first I deconverted from.

I was raised in the way that many Americans (particularly white Americans) born into Christian households are, with a dual religious upbringing: Christianity and Americanism.

I cannot remember a time in my life where it wasn’t wholly obvious that this was so. At church, our hymns would always deviate slightly around Veterans Day and the Fourth of July and Memorial Day (after 2001, September 11 would be added to that mix of patriotic holidays), from Fanny Crosby songs to “My Country, ‘Tis of Thee” and “America the Beautiful” and of course the national anthem. My parents so inculcated in me a love for America that in first grade, I decided to enter the school-wide talent show at my elementary school, singing the national anthem in a pre-pubescent soprano, wearing — and I swear I am not making this up — an American flag shirt that my mother sewed herself.

In church and at home, I was taught to believe in a creator God, a messiah Jesus, and the sanctifying power of the Holy Spirit, to whom I owed my existence and my eternity. But I was also taught in the greatness of America, the uprightness of the Founders, and the valor of our military, past and present, to whom I owed my freedom and the right to be an American.

Even our churches had dueling symbols: a Christian flag and an American flag to salute, each with its own pledge. Guess which flag was saluted and which pledge recited first? Always America. The pledge to the Christian flag (and often, one to the Bible as well) always felt like an afterthought.

(Fun fact: The Pledge of Allegiance was first drafted in a form we would recognize in 1892 by Francis Bellamy, five years before the Christian flag was even conceived. It would be another decade still before an actual flag was designed, followed shortly thereafter by a written pledge. I don’t think it’s any accident that these all coincide with a period of increased American imperialism, instigated in part by a rising nationalism.)

I suspect that my experience is not unlike that of many Americans, particularly those who live in red states (or, like me, the crimson bits of blue states). What I got was a commingling of evangelical Christianity and American civil religion, a mix of sacralized beliefs, symbols, and myths about America as a country.

Like conventional religion, civil religion for Americans can often elicit the same sort of knee-jerk reactions when challenged. My own doubting process about my second faith began in my pre-teen years, but by my late teens, I had discovered the Internet and had gotten connected with both information and individuals beyond my US-centric epistemic sphere, including friends and acquaintances in neighboring Canada (many of whom I have remained friends with a decade and a half later). When I started to push back against my own mother’s protestations that America is uniquely free, I would ask her, “Well, what about Canada? Are they not as free as us?”

“No, they aren’t,” she replied, but when I asked her what freedoms they lacked, she had no answer.

I have found this to be very typical. Find someone with great faith in America, and you will find that they have the kind of faith that defies the need for evidence and rebuffs facts contrary to the conclusion.

That wasn’t good enough for me. Perhaps more to the point, I found it difficult to reconcile the Christian teaching of dedicating oneself fully to Christ with the somewhat divided loyalty of this dual religion. During the Clinton years, it was also clear to me that the evangelical subculture was at odds with political government, and while the American faith of my subculture never waned, I couldn’t see how I was supposed to balance devotion to both God and country. Trying to have it both ways felt like serving both God and Mammon.

And when I first heard the Ray Boltz song “I Pledge Allegiance to the Lamb” on the radio, it was crystal clear that the pledge that I was continually pressured to make to my country was in conflict with the commitment I had expressed toward my religious faith.

I’ve thought about this civil religion quite a bit recently as I’ve watched conversations over the NFL protests that started with Colin Kaepernick and Eric Reid (who both played at the time for the San Francisco 49ers) in the summer of 2016 and which have consequently ramped up ever since Donald Trump referred to players who knelt in protest as a “son of a bitch” and called for NFL owners to fire them in a speech in September.

Kaepernick and Reid, who are (not coincidentally) both black, were first moved to make their symbolic protest in recognition of police brutality and the black lives cut short extrajudicially by law enforcement — essentially, the core issue that was the catalyst for the entire Black Lives Matter movement. Since the latest escalation of protests — some of which have not even occurred during the national anthem, as Kaepernick and Reid’s kneeling was — that issue has gotten somewhat lost in a palpable outrage over the symbolic act of kneeling.

Much of the outrage has perplexed me to some extent up to now, especially since the protests have been frequently mischaracterized as being against the flag or the national anthem rather than against police brutality. Likewise, it has been bizarre to watch so many people claim that kneeling is disrespectful to veterans, given that Kaepernick and Reid chose that gesture on the advice of Nate Boyer, an ex-Green Beret who had also played previously for the Seattle Seahawks. In an op-ed in the New York Times, Reid explained the symbolism of the gesture:

We chose to kneel because it’s a respectful gesture. I remember thinking our posture was like a flag flown at half-mast to mark a tragedy.

It baffles me that our protest is still being misconstrued as disrespectful to the country, flag and military personnel. We chose it because it’s exactly the opposite. It has always been my understanding that the brave men and women who fought and died for our country did so to ensure that we could live in a fair and free society, which includes the right to speak out in protest.

But even explaining this fact has seemed not to assuage the outrage. And a substantial part of this is, to be absolutely frank, the need of people (mostly white people) to ignore the protest because it would force them to grapple with the reality of a justice system, from policing methods to mass incarceration, where white supremacy is deeply entrenched.

There is some degree, however, to which this reaction — and especially how impervious it is to calm, logical reasoning — is exactly what you would expect from people devoted to this American civil religion. The flag and the national anthem are sacred symbols, and these protests challenge the holy idea of American greatness. No great nation would allow such injustice to occur, and America is, as an article of faith, a great nation; ergo, the logic dictates that America is not allowing such an injustice to occur, and anyone who says otherwise is a heretic and a blasphemer.

It doesn’t matter how much people like Kaepernick and Reid insist that they are patriots and respect the military (or how much you demonstrate that people like Trump have disrespected veterans and their families). By having the audacity to question if America really is the “shining city on a hill” that Saint Reagan spoke of in the Golden Age of America, they and all those who stand in solidarity with them have indicted themselves.

But here is the bottom line: Any religion that places itself above the well-being of actual people is not holy or sacred. It is refuse to be thrown on the trash heap of history.

People like these NFL protesters — and all those who fight for civil rights for people of color and women and religious minorities and LGBTQ+ people and so many others — are the ones trying to make America great, not the self-professed patriots standing up for a terrible song and a piece of cloth.

It’s too bad that there are so many zealots of Americanism willing to stand in their way.

Addendum: A related issue to American civil religion is the place that the Confederate “lost cause” ideology has for some Americans. Having been born in a Northern state with no familial connection or any other fondness for the South, I can’t speak as much to this, but I think that the affinity of many Americans — including some Americans who neither live in the South nor have any substantive connection to the “rebel cause” — for the Confederacy to be akin to the quasi-religious nature of American nationalism. If American civil religion is Christianity, then Confederate apologism is its Mormonism. 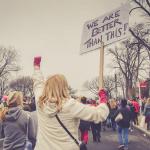 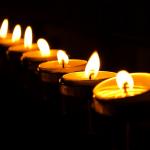 November 8, 2017 Why the Criticism Against "Thoughts and Prayers" Retains Its Force
Browse Our Archives
get the latest from
Nonreligious
Sign up for our newsletter
POPULAR AT PATHEOS Nonreligious
1