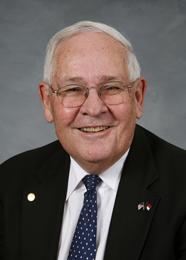 The petition on change.org on our behalf has been yielding some unexpected and interesting results. Some of the politicians at the other end of this petition are actually replying. [See yesterday’s example]

This one came from NC State Representative Efton M. Sager. He served the Air Force honorably for 21 years, and is also on the Homeland Security, Military, and Veterans Affairs Committee. It’s unfortunate that he doesn’t care about the equality promised to all Soldiers, regardless of their faith (or lack of).

He actually refers to her by her street’s name, instead of her actual name. He also makes several grammatical mistakes, in the span of four sentences. I’m not a ‘grammar Nazi’, especially when it comes to the internet. However, correspondence from an elected official of North Carolina should be of a higher caliber.

The E-mail in full:

Ms. Andrews our pledge does say one nation under God, are you also opposed to that. Also I could not find you listed as a registered voter. Do you exercise that privledge? You have your right to disagree, but the constitution keeps us from the state requiring us to belong to a particular faith.

He doesn’t seem to know that the Pledge of Allegiance was changed relatively recently, to include ‘god’. It was a cold war tactic, disparaging the ‘evil atheists of the Soviet Union’.

Her reply to his flippant hand-waiving was worth reading.

First, I do oppose the wording, “under God” in our Pledge of Allegiance. The
original Pledge was written by a Baptist minister, Francis Bellamy, and did not
include the phrase, “under God”. It was not until the Red Scare of 1954 when
Congress added the phrase. It was more about emphasizing our religiousness
versus the secular communism of the USSR. Secondly I am a registered voter in my
home state of New Mexico. You see, I am in North Carolina because my husband is a
member of the US Air Force stationed at Seymour Johnson AFB in Goldsboro. The
email to you was generated when I signed a petition regarding the discriminatory
actions against atheists at Fort Bragg. Rest assured that I will forward it to
my Congressional representatives in my home state.

All this being said I would just like to point out that I resent your tone;
I resent the unprofessional nature of your response. I hope for your
constituents’ sake this was written by a staff member. Do you often respond in
such a blasé tone, without proper punctuation, grammar and spelling? Not to mention the
fact that I resent that you completely miss the issue. The military
provides a “home away from home” atmosphere for its members as they are moved
across the country and around the world. All we atheists are asking for is the
same consideration other people are given. Our beliefs are just as important to
us as every other group and I expect the military to respect and support us. I
do this as my husband is sent year after year to fight for and preserve freedom
around the globe. Can the US not provide the same freedom here at home that he
fights for in the deserts of Iraq and the mountains of Afghanistan?
You are right, we can disagree, but the Constitution grants me
freedom and you must respect that!

The above image was on a billboard on Billy Graham Parkway last year in Charlotte, North Carolina. Charlotte is also the home of the Billy Graham Evangelical Association, the private organization that received special privilege and treatment last year at Fort Bragg with their Rock the Fort membership drive / festival. 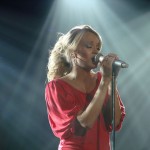 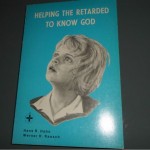