Out of Iraq, Finally.

The A.P. just released a story that claims to know that we are abandoning the concept of troops in Iraq in 2012.

I wish I could comment further, but this is welcome news personally.

BAGHDAD (AP) — The U.S. is abandoning plans to keep U.S. troops in Iraq past a year-end withdrawal deadline, The Associated Press has learned. The decision to pull out fully by January will effectively end more than eight years of U.S. involvement in the Iraq war, despite ongoing concerns about its security forces and the potential for instability.

The decision ends months of hand-wringing by U.S. officials over whether to stick to a Dec. 31 withdrawal deadline that was set in 2008 or negotiate a new security agreement to ensure that gains made and more than 4,400 American military lives lost since March 2003 do not go to waste.

I share Pat Tillman’s views on the Iraq war, and its justification. I’m glad the surge seemed to have worked, and maybe things like the Arab Spring revolutions will coalesce into a less grim view decades from now. But still, this is way overdue.

My family and I will be celebrating. 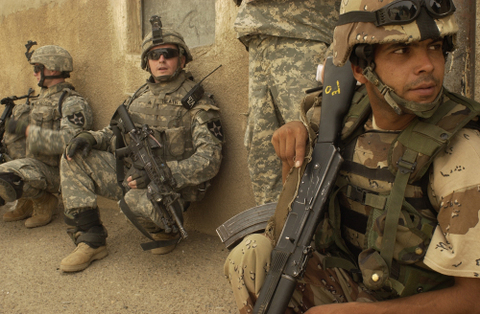 October 15, 2011
Penn Jillette misses the point about Atheists and the Chaplaincy
Next Post