Some would argue that all babies are atheists. Conversely, our 9 month old daughter has been speaking in tongues a lot.

So we decided to just ask her how she feels about God:

Not surprisingly, her thoughts on religion mirror her parents’ views.

Another question I get is:

Are you raising your daughter to be ATHEIST?!?

I change my answer depending on the mood. (please leave suggestions in the comments, if you’ve got any.)

*Sam Harris and others have suggested that the word itself is inappropriately substituted for ‘non-theist’ or ‘non-believer’, for various reasons. But whatever, this video was cute. GTFO with semantics. 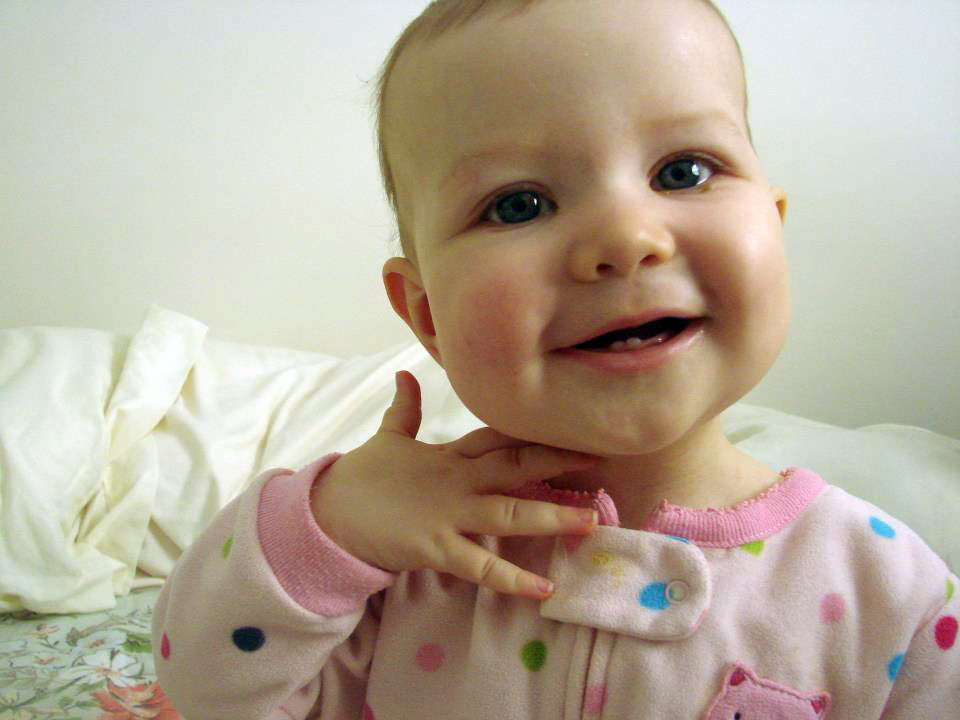 Apparently this needs to be said: I’d love my daughter just as much if she became religious.

Even though the founder of American Atheists, Madalyn Murray O’Hair, famously jested that her son’s religious conversion was “like a post natal abortion”, it wouldn’t happen that way for me.

“I repudiate him entirely and completely for now and all times,” Murray later announced. “One could call this a postnatal abortion on the part of a mother, I guess.” (via)

So the postnatal abortion one-liner seems to be a joke about her own repudiation, and the finality of her tone. A bit of humor aimed at herself, no doubt vying for headlines and attention. Their relationship soured in large part because he made an actual career out of going against his famous mother.

Madalyn Murray O’Hair was a fierce and unapologetic activist. She wasn’t perfect, but I think her life was unfairly vilified by just about everyone.

My daughter’s middle name is Madalyn – in memory of that strong woman who changed the country. My love for her would be unaffected if she ultimately became a religious person.