Never mind, that explains everything about the 72 virgins.

Never mind, that explains everything about the 72 virgins. November 28, 2011 Justin Griffith

I had previously suggested that radicals that do Jihad would ‘run out of virgins’ in a matter of months.

Here is one prominent orthodoxy: 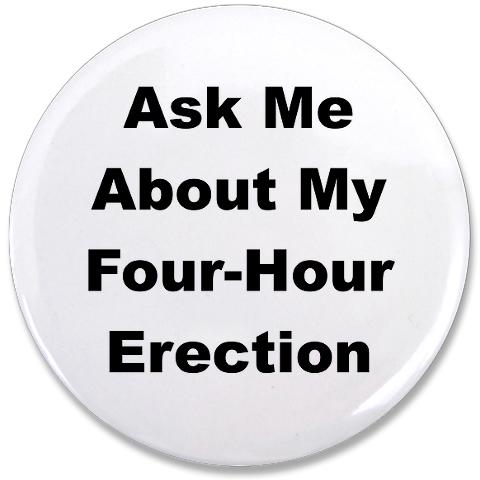 Orthodox Muslim theologians such as al-Ghazali (died 1111 CE) and al-Ash’ari (died 935 CE) have all discussed the sensual pleasures found in paradise, and they are graphically elaborated by Qur’anic commentator and polymath, al-Suyuti (died 1505). He wrote:

Each time we sleep with a Houri we find her virgin. Besides, the penis of the Elected never softens. The erection is eternal; the sensation that you feel each time you make love is utterly delicious and out of this world and were you to experience it in this world you would faint. Each chosen one [i.e. Muslim] will marry seventy [sic] houris, besides the women he married on earth, and all will have appetizing vaginas.

So if you do Jihad, make sure to seek medical attention around 4 hours after death.

This video is even more disturbing. These are Islamic scholars discussing the 72 virgins in great detail. Almost pornographic detail.

November 28, 2011 PZ Myers spotted in Islamic Jihad videos
Recent Comments
38 Comments | Leave a Comment
Browse Our Archives
get the latest from
Nonreligious
Sign up for our newsletter
POPULAR AT PATHEOS Nonreligious
1