They are the Navy SEALS of Christianity

They are the Navy SEALS of Christianity December 29, 2011 Justin Griffith

Rod Parsley is a televangelist. Do I need to explain further? 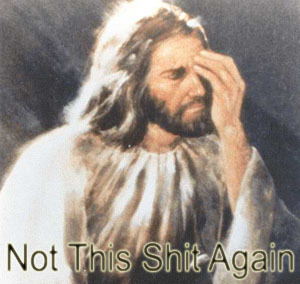 This was right after a Navy SEAL team took out Osama Bin Laden. I understand that preachers often speak topically, so I get the subject coming up. But look at the audience who he describes as ‘elite’ like the Navy SEALS. The people that he gleefully implies could kick the asses of my friends at 101st Airborne… maybe it’s a faith thing.

Look at that guy clapping for himself, and nodding in self-approval at 1:08. Elite.

Rod Parsley is begging for money right now. He says that the 1.2 million dollar deficit he faces is because of Satan. Rod is also literally fighting Satan himself (directly), though he claims this every year when he runs out of money.

Josephus, and the Lies Christians Tell...
Roll to Disbelieve
Related posts from Rock Beyond Belief