I don’t have real words for this. This is why we can’t back down, and we can’t fail. If America needs to have this conversation, so be it. Atheists think about and care about all the same shit you do. We ask all the same questions. We just sometimes have a different answer.

Spc. Jose Ramirez was allegedly murdered by his friend Justin Green because he was an atheist.

A criminal complaint against the group, shows that Green’s sister believes he killed Ramirez “because Ramirez did not believe in God.”

It’s still not clear exactly when Ramirez was killed, but Texas Ranger Marshall W. Thomas claimed in his report that officers detected blood at a rural home in Petrolia, Texas after two individuals with knowledge of the crime came forward. They discovered the soldier’s body buried face down in a shallow grave, with both of his legs sticking out of the ground, covered by a tire and random trash.

I think the foxhole atheists need to turn into this, not away. Tell your friends you are an atheist and that it changes nothing about the mission ahead. Out of the closet. Now. Our silence delays our acceptance. 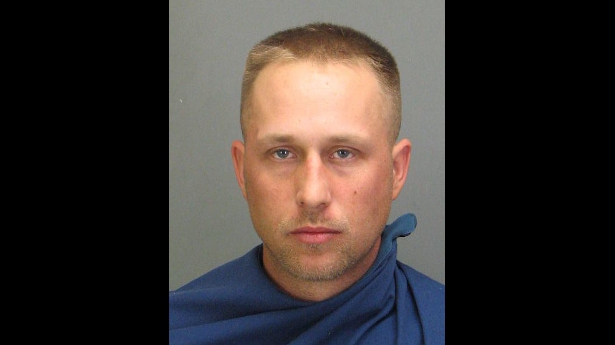 Don’t look away. Green’s family said he’s the one who murdered Spc. Ramirez for being an atheist. These religious extremists don’t even know what atheists are. Staying in the closet perpetuates a climate of hostility and of fear. The closet was built by them. It’s a prison. By retreating, or staying hidden we risk letting the zealotry fester into something terrible.

Jason Torpy posted at Friendly Atheist with an important question about the situation. Why was this not pursued as a hate crime?

Because of the explicit report about Ramirez’s beliefs being a factor, I contacted the District Attorney covering the case and asked about the applicability of the James Byrd Hate Crimes Act of 2001. He said that the Act specifically excludes 1st-degree murder. He said the function of the Act is to “ratchet-up” the potential penalties, but that is irrelevant for 1st degree murder, so applying hate crimes charges would have no practical effect.

I don’t care if it has a practical effect. It’s goddamn true. Do the right thing, District Attorney. Pursue this as the vile hate crime you clearly agree it ‘would be’. Do the extra paperwork. Specialist Jose Ramirez fought for your rights, return the favor.

Maybe some lawyers can weigh in on this… before I start demanding this. My layman’s understanding is not getting past this:

Two of James Byrd’s murderers were sentenced to death, while the third was sentenced to life in prison. These convictions were obtained without the assistance of hate crimes laws, since none was applicable at the time.

James Byrd’s killers were brought to justice. But still the need for the laws clearly existed, and the victim is now the namesake for the law that “has no practical effect”.

Supporters of an expansion of hate crime laws argued that hate crimes are worse than regular crimes without a prejudiced motivation from a psychological perspective. The time it takes to mentally recover from a hate crime is almost twice as long than it is for a regular crime and gay people often feel as if they are being punished for their sexuality which leads to higher incidence of depression, anxiety, and Post Traumatic Stress Disorder. They also cited the response to Shepard’s murder by many homosexuals, especially youth, who reported going ‘back into the closet’, fearing for their safety, experiencing a strong sense of self-loathing, and upset that the same thing could happen to them because of their sexual orientation.

Now tell me again… Why the fuck is this not being handled as a hate crime?

Somebody please tell me about a loop hole. Captain Ryan Jean seems to have found the answer I didn’t want to hear.

Sec. 12.47. PENALTY IF OFFENSE COMMITTED BECAUSE OF BIAS OR PREJUDICE.

(a) If an affirmative finding under Article 42.014, Code of Criminal Procedure, is made in the trial of an offense other than a first degree felony or a Class A misdemeanor, the punishment for the offense is increased to the punishment prescribed for the next highest category of offense.

The 2001 act is about raising the penalty for a crime to that of a higher category. In other words, it makes the sentencing be based on the immediately higher category rather than on the category under which the crime was tried (except that it cannot turn a misdemeanor into a felony unless one is a repeat offender). It does not establish any criminal sanctions of its own. Therefore, while the prosecutor CAN and SHOULD be publicly acknowledging the evidence that this is a hate crime (which increases the chance of success at trial), the prosecutor is correct that the act is technically not applicable to 1st Degree Murder.

At the very least, they should publicly acknowledge it as a hate crime. This is precisely the type of thing that will drive some atheists back into the closet. Stand tall, brothers and sisters. Don’t give in to fear.

March 16, 2012 Richard Dawkins photoshopped into army fatigues = offensive? Fixed!
Recent Comments
22 Comments | Leave a Comment
Browse Our Archives
get the latest from
Nonreligious
Sign up for our newsletter
POPULAR AT PATHEOS Nonreligious
1