Say what you will about PETA – but say it somewhere else. I think we can all rally around this cause. It’s time America gets rid of traveling zoos, circuses with animals, and any other ‘amusement’ where animals are psychologically tortured because of cramped cages. Large animals simply require bigger areas.

Your city almost certainly has an ‘attraction’ featuring caged animals. This one is in my area, and I’m absolutely shocked. This needs to stop.

Shut these awful places down!

After last week’s successful protest against the ‘punch your gay kids’ pastor, Sean Harris, many of us went out for pizza. At one point Pamela started talking about her activism in getting Jambbas Ranch shut down. I’ve long been against this, but was unaware it was happening here in Fayetteville. So I pressed her for more information. It was eye-opening stuff, but as soon as she mentioned PETA as helping, some people sort of ‘shut down’. This is similar to what happens when we say ‘atheist’, isn’t it? I’m not a fan of PETA either, but it’s clear that they are on the right side of this issue.

It’s not like this is even a ‘PETA issue’, 1600 people have added their voices to the Facebook page maintained by the local activists. They got Bob Barker to speak to the city officials, got National Geographic involved, tracked the countless legal citations against Jambbas Ranch Tours. The Shutdown Jambbas group has funding for their pending litigation, and are building a local community of watchdogs.

Jammbas have many more animals that are injured, physically and psychologically. 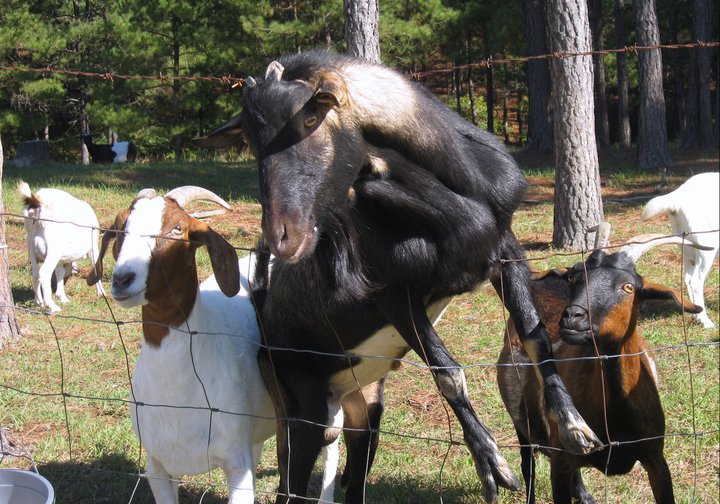 Foxes need more than a few feet of concrete and bizarre random objects. 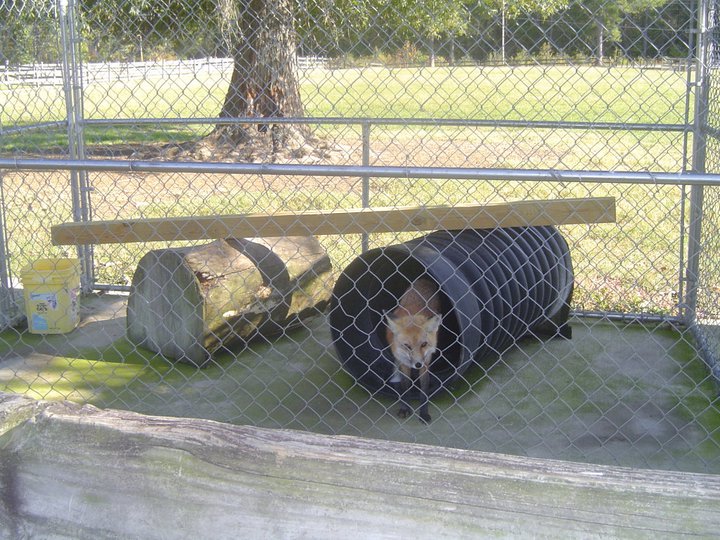 This Bison has several open wounds. 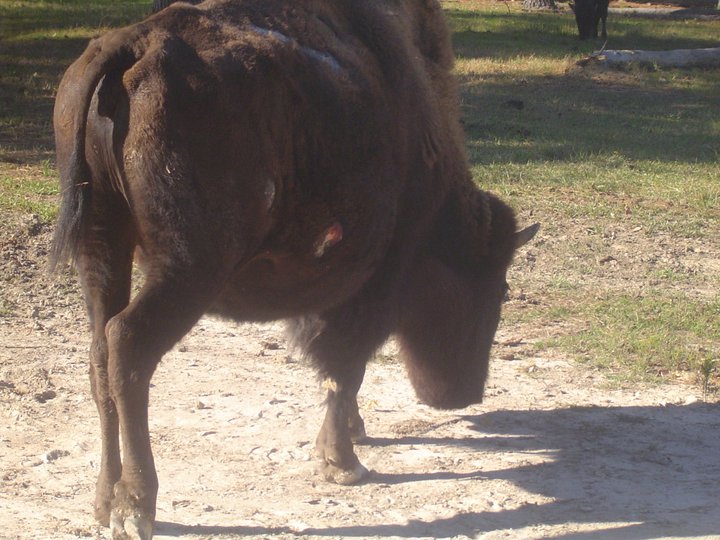 They’re doing a great job, but they need help. They need visibility. Don’t get distracted, don’t look away because it’s unpleasant, do whatever you can to help out. Share their videos on your Facebook page. ‘Like’ their page. Look for similar places in your area – get involved in efforts to stop them. If there is no local effort, begin one.

I started caring about these issues when I read this amazing article in a defunct zine a decade ago. If you’re still unsure, take a look at “Cruelty Under the Big Top” That article will screw you right up.

The circus is no fun for animals. They don’t choose to ride bicycles, jump through fiery hoops, stand on their heads, or prance around on their hind legs in silly costumes. Circus trainers use whips, muzzles, electric prods, and other torturous devices to force them to perform these frightening, dangerous, and demeaning “tricks” that they cannot comprehend.

When animals aren’t performing, they are kept in cages or chains. They are deprived of their basic needs to exercise, roam, socialize, forage, and play. Big cats, bears, and primates are forced to eat, drink, sleep, defecate, and urinate in the same cramped cages. Elephants are chained by the legs for hours at a time. They often suffer crippling injuries from the constant chaining and physically difficult tricks. Veterinarian Sara Winikoff, who has experience with both captive and wild elephants, reports that “chaining their feet, restricting their access to natural exercise patterns and behaviors impedes their health dramatically.”

In large circuses, animals are often forced to perform night after night for 48 to 50 weeks every year. Due to the substandard, stressful conditions, many animals exhibit stereotypic behaviors such as swaying back and forth, head-bobbing, pacing, bar-biting, and self-mutilation.

Smaller and poorer circuses often do not even provide animals with adequate water, food, and veterinary care. Regardless of the size of the circus, the animals inevitably suffer under the big top. Take a look behind the scenes at some of the circuses that use and abuse animals for human amusement.

Look at Jambbas website’s picture for their bear. They’re not even trying to hide the problem, because they’re not aware of one. It’s insane. They’re asking for donations for a bigger cage – but a big enough cage can’t be built there. Sanctuaries exist, but Jambbas is not one and never will be one.

Don’t take your kids to a place like this!

May 8, 2012
Spare the rod, spoil the child - weapon depends on kid's age, weight
Next Post