Evolution is just a theory…

I figured since science is such an integral part of my belief system now it is certainly something I cannot ignore in this forum. I enrolled in two college courses last August. I’m very busy in the Marines so the opportunity to actually get into a class was something that had not been afforded to me prior. I’m an avid lover of history so the first course I jumped on was U.S. History (1865-Present). The other course was something I really didn’t care too much about: Biology. I had never enjoyed or been interested in science in the least until this class.

I had been an out and out atheist for about 2 years prior to this but had never based my conclusions on whether or not there was a god on any scientific inquiries. As stated above I’m a history buff so what I had done was compare historical notes alongside biblical ones and found the inconsistencies in the Bible to be so astounding that I could no longer accept the rubbish within those bindings as anything more than incoherent ramblings from desert-wanderers. I was about to again embark upon another intellectual journey that would become paramount to the structure of my belief system.

Get to the point…

Okay…okay. Sometimes I can be long-winded.

So the first thing I learned was definitions:

hmmm…okay. Maybe he’s got something. Wait a minute!

Evolution has been tested! The first method of dating is Carbon-14 dating which can be utilized to test the age of anything up to around 40,000 years old. I’d say that’s quite a bit older than the 6,000 years that creationists claim we’ve been here.

Another method is Argon dating . With argon dating you can find out how old something is up to about 1.3 billion years ago. There has been debate started by YEC (Young Earth Creationists) scientists who misrepresent data about how accurate that is but I found an honest Christian website that was willing to debunk those lies:

“Rather than checking the accuracy and relevancy of Austin’s quotations from Dalrymple (1969), Snelling and Swenson simply uncritically parroted and perpetuated Austin’s mistakes in their later web essays. This is truly a case of the blind leading the blind!! “

Since that quote was by an atheist scientist the creationists tend to disregard it. Dalrymple showed that sometimes argon dating wasn’t 100% accurate but the percentage for that was minimal. YECs clung to that assertion disregarding other facts.

I’m probably “preaching to the choir” here but I’ll continue on anyways. Every scientific argument I engage in with a theist involves the quote “Evolution is JUST a theory.“ Whenever confronted with this illogical notion that a scientific theory holds no weight I always defer to Inigo Montoya, the greatest swordsman to have ever lived. Let’s see what he had to say about it: 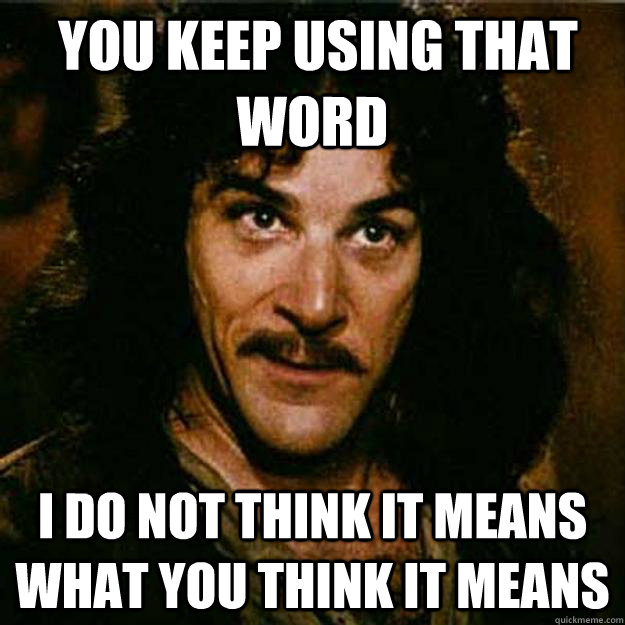 Sorry to disappoint. It is conceivable. If the only argument presented against evolution is that it is JUST a theory then that individual is intentionally misleading you, ignorant, or a little of both.

Really, there’s not much more I can say about it. The link above leading you to www.notjustatheory.com pretty much states it better than I can. I’m no scientist so don’t take my word for it. Research!

May 26, 2012
Christian calls my infant daughter "ugly"
Next Post

May 28, 2012 Dean of Students at Baptist Seminary advises a FAKE chaplain
Recent Comments
38 Comments | Leave a Comment
Browse Our Archives
get the latest from
Nonreligious
Sign up for our newsletter
POPULAR AT PATHEOS Nonreligious
1

The Ongoing Catholic Scandal: What the...
Roll to Disbelieve
Related posts from Rock Beyond Belief