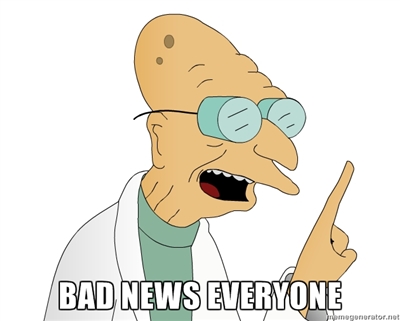 Did you hear the bad news? ‘Merica is being dragged into ‘literal hell’ by Mikey Weinstein, founder and President of the Military Religious Freedom Foundation.

Yesterday my church had a much attended discussion after the service about who in America is dragging our nation into literal hell. Along with Hussein Obama and some other traitors your name came up for being the clever jew leader of an organization dedicated to the Dark One. And to stripping our armed forces of the Power of Christ in order to allow the diseased Muslims and faggits to take control of America and the world. I have a request of Mr. Weinstein. Would you please just drop dead and save us all the trouble?

Not really sure what the hell is going on in that email. I see way too few spelling and grammatical mistakes. They’ve discovered what that red squiggly line means!

It’s hard to know which of these are trolls, and which are dangerous people. Based on my experiences, that last sentence is just vague enough to where the FBI won’t do shit. It definitely implies that if Mikey were to die of natural causes, it would save him the trouble of killing him. But it’s not specific enough of a threat for an official investigation.

It’s really sad that Mikey gets an avalanche of this stuff. His security-related expenditures are necessarily much higher than even most activists. Why? Because he’s a shit-kicker on the front lines of this ugly culture war. The military is many decades behind the civilian world for atheists, and other minority religious preferences. I’m the new kid on the block, but my trickle of similar hate mail is getting bigger with every scandal.

-We’ve still got mandatory prayer, and bible verses on our rifles.

-An atheist widow of an atheist soldier was proselytized by chaplains after he was killed in combat.

-An atheist soldier was murdered for being an atheist.

We’ve got a lot of work to do, and Mikey Weinstein is one of the few doing the heavy lifting.

Donate to MRFF if you’re rich.

October 9, 2012 They laughed at Noah too, and they all died in the flood
Recent Comments
8 Comments | Leave a Comment
Browse Our Archives
Follow Us!