Well, here we are again, on the brink of war, even before we have fully extracted ourselves from our last long national nightmare.  My life-affirming values as atheist/humanist combined with my military experience as a veteran of the conflicts in Iraq and Afghanistan are telling me that it would be wrong to start down this path again. 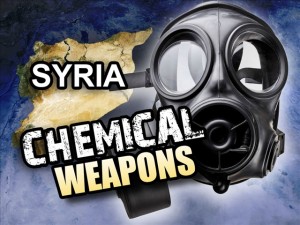 What’s happening in Syria involving the use of chemical weapons is absolutely horrifying and it is natural and logical that compassionate people would want to do just about anything to intervene and keep this from happening to others.   But if the United States government intervenes militarily, it won’t be because the government wants to help people; it will be because the United States government drew a line in the sand and doesn’t like being defied.  Combine this with the fact that war spending makes certain rich people richer and you have a lethal combination of factors that almost certainly will drag us into conflict.

There are wealthy, powerful private interests, industries, and firms who need another protracted conflict to keep the money coming in, now that the long wars in Iraq and Afghanistan are winding down.

There are powerful members of Congress whose districts host these powerful interests, industries, and firms who depend on campaign contributions from these interests and who depend on being able to appear proactive on keeping defense jobs in their districts.

None of these parties actually care about preventing suffering, and certainly none care about the potential future suffering that military intervention will cause.  They do not care that they would spend the lives of members of the US military initiating and fighting this conflict.

There is no way for the US to act militarily in a way that won’t bring along it’s own sort of massive suffering.  Just ask the Pakistani civilians who have lived under years of US drone strikes whether or not they are being harmed.  Just ask the millions of civilians wounded, displaced, or killed because of our actions in Iraq.   Just ask the thousands of families changed forever when their loved ones in the US armed services never made it home from Iraq or Afghanistan or came home damaged in mind and/or body.

I realize I’m engaging in some speculation here, but I find it interesting that while horrible atrocities (which almost always involve bringing war to the doorsteps and bodies of children) occur all over the world, we seem to restrict using the full application of our military forces to Muslim offenders.  For the at least the past decade and a half, our version of seeking justice always seems to involve us, a (nominally) Christian country, attacking, bombing, or otherwise invading the sovereign space of a Muslim country, and I don’t think that is a coincidence.  While I would love to say that our country does not engage in religious wars with other countries, our actions (or lack of them) suggest otherwise.

My heart grieves for the injured and killed in Syria and their families but we cannot help them by harming both us and them.  There just has to be another way…

August 24, 2013
A short history of RBB, A bit of the future, and a toast to selflessness
Next Post

August 28, 2013 the fallacy of martyrdom at Fort Hood Texas..
Recent Comments
8 Comments | Leave a Comment
Browse Our Archives
Follow Us!

A Christian no more. Musician Jonathan...
The Freethinker
Related posts from Rock Beyond Belief