So, here we are on the brink of a partial government shutdown, all because a certain element of Congress doesn’t like the idea of offering affordable, comprehensive medical insurance to poorer Americans, those with pre-existing conditions, uncovered children, those who don’t want to face financial ruin and bankruptcy over medical debt, or those who don’t want to be chained to their current jobs indefinitely because they need their insurance.  Is the Affordable Care Act, nicknamed ObamaCare, flawed?  Of course it is.  Will it cost tax money to implement?  Absolutely.  Has the opposition offered up an alternative plan that comes close to accomplishing the things the Affordable Care Act would?  Absolutely not.  Instead, they spent a huge amount of money to run ads that were designed to convince young people that they don’t need medical insurance or even preventive medical care.  Really?  I guess it never occurred to them that even young adults are just one accident or cancer diagnosis away from a lifetime of financial ruin without insurance.

The element that’s holding our government hostage has tried to claim that ObamaCare shouldn’t be implemented because it’s expensive but they are seemingly unconcerned about the fact that shutting down the government is also tremendously expensive, especially when you factor in the harm to the economy.   Or maybe they have considered that, but it’s far more important to them to completely undermine President Obama’s signature legislation than it is to acknowledge the good that might come out of implementation.  The opposition claims Americans don’t want ObamaCare, but I suggest that instead of getting positive reenforcement from their wealthy social circles, they try listening to the part of America that doesn’t live in a privileged bubble.

So, now we are in a situation where as of 1 October 2013, troops may get paid in IOUs, hundreds of thousands of federal workers will be furloughed, and government services to the neediest elements of our society risk being shuttered, while the members of Congress who created this crisis will continue to get paid.  They truly have no shame. 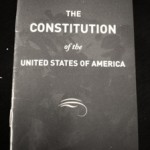 Racism in the Secret Roach Nest
Posting up these screen caps from the private chat room of her...
view all Nonreligious blogs
What Are Your Thoughts?leave a comment
Copyright 2008-2020, Patheos. All rights reserved.