I suppose I really have to go there

Apparently there is a great amount of confusion concerning the difference between atheism and secularism. Well, I’ll help try and provide some education on the two. Recently, a guest blogger (Sarah Jones) on Libby Anne’s “Love, Joy, Feminism” here on Patheos blogged about why she is not a secular activist even though she works for Americans United for the Separation of Church and State. 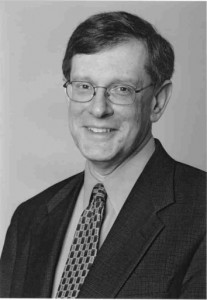 First things first – she is equivocating. It is something that is commonly done when either 1) the person presenting doesn’t know what they’re talking about or 2) the person presenting is intentionally misleading their crowd. I don’t think this was a case of example 2 but it is a mistake to equivocate the terms atheism and secularism. One can be a secularist without being an atheist. It happens all the time. In fact Barry Lynn, the Executive Director of Americans United for the Separation of Church and State, is an ordained minister and believer. He works tirelessly to fight the infiltration of the theocrats from taking over the US Government. But he is a secularist, and a secularist activist. He is not, however, an atheist.

When involved in an argument over science those (creationists) who don’t accept the precepts of science will always state that evolution is “just a theory” which leads me to three conclusions.

If by just they mean something so concrete that it binds the science world together then, yes, it is “JUST a theory – triumphantly so!”

If by theory they think it means anything beside definition 1 as stated above by Merriam-Webster, then they need to take a science class.

When an individual (in this example) equivocates a term in an argument, they make a false representation of the definition of a word and attempt to get that passed to the uninformed in a crowd. It wastes the time of their opponent who has to then explain the equivocation to the crowd before giving their rebuttal….all within their rebuttal time.

Transposing a word with multiple definitions by using it correctly in one sentence and then using the same word but the alternate definition is a clear sign of either ignorance on the word itself….or intentional deception. I get somewhat perturbed when I have to continually explain this again and again to believers when they come to me with questions, but that’s okay because at least they are willing to listen. I get angry when I have to reinforce that within my own ‘community’ because I know that we should all be filling the role of informing the uninformed or ill-informed believer. When we fail to uphold that standard for ourselves then we must correct ourselves and charge on…but it still gives some ammunition to the fundamentalists – but they aren’t going to stop anyways.

All that being said – atheism and secularism are two different things.

Secularism –
An atheist is more than likely a secularist. But let’s not lump the two together. A secularist need not be an atheist. I, myself, am married to a Christian Secularist. My wife is a Christian that believes in the absolute separation of church and state. Before we run around stating we are not “secular activists” let’s ensure that we aren’t doing a disservice to what secularism is. Secularism is solely keeping the church out of the affairs of the state – in keeping with the Constitution and what the Founding Fathers deemed as the only government that could succeed.

I suppose I am an atheist activist. I do work for American Atheists. But the biggest concern I have and what is more important to me is secularism. I am a secularist activist before an atheist activist. I’m more concerned with the separation of church and state than I am with promoting atheism. But while I am in the role of being an atheist that pisses all over the concept of “No atheists in foxholes” I am certainly going to take the opportunity to do all I can to destroy that false stereotype as well.

November 6, 2013
WHAT THE SOCIAL JUSTICE WARRIORS NEED TO UNDERSTAND
Next Post

November 8, 2013 I suppose a pizza recipe is appropriate
Recent Comments
10 Comments | Leave a Comment
Browse Our Archives
get the latest from
Nonreligious
Sign up for our newsletter
POPULAR AT PATHEOS Nonreligious
1