I’m sure many of you are now aware that there was a press conference yesterday. It was filled with lies, half-truths, and sold to the American public as an attempt to sway them into believing that Christians are under attack.

You can read it here.

These are two of the men pushing this legislation: 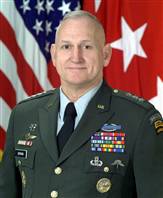 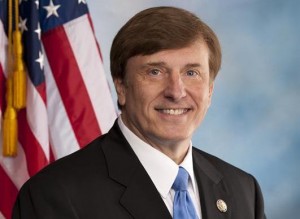 The man on the left is retired Lt. General Boykin. He is well-known for his hatred of Islam (although he continually backpedals when confronted). He is exactly the type of man that people in the general public should fear being in our military. While he was active duty he used to speak in uniform on behalf of the fundamentalist Christians and publicly stated that “Our spiritual enemy will only be defeated if we come against them in the name of Jesus,” when talking about fighting radical Islamists with the US Military. He was a strong adherent to the belief that George W. Bush was not elected by the people but appointed by god and that the US Military was to be utilized to spread the word of Christ…through violence and death.

The man on the right is Congressman John Fleming. He’s a sitting member of the House of Representatives out of Louisiana and appears to be a fan of Donald Trump‘s hairstyle. He is a theocrat and firmly believes that church and state should not be separated. In the past he has fought to ensure that ‘god’ was a part of the Young Marines program, has verbally assaulted my current commander-in-chief for constitutional infractions that he praised Bush for, and he hates gay people. I’m not sure if he’s ever articulated that but it’s glaringly obvious by his actions.

The Fleming Amendment is a proposed amendment to the National Defense Authorization Act. The NDAA is a fiscal policy that is put forward every year to decide where money in the military will be spent. There are also a lot of amendments having nothing to do with the fiscal issues in the military that are added to it. So if the amendments fail then the entire NDAA can fail….which can lead to a fiscal crisis for the US Military. And Congressman Fleming knows that so he is really pushing for this to be a part of the NDAA. Let’s look further:

a) PROTECTION OF RIGHTS OF CONSCIENCE.—

(1) ACCOMMODATION.— the Armed Forces shall accommodate the beliefs, of a member of the armed forces reflecting the conscience, moral principles, or religious beliefs of the member and, in so far as practicable, may not use such beliefs,  as the basis of any adverse personnel action, discrimination, or denial of promotion, schooling, training, or assignment.

(2) DISCIPLINARY OR ADMINISTRATIVE ACTION.—Nothing in paragraph (1) precludes disciplinary or administrative action for conduct that is proscribed by chapter 47 of title 10, United States Code (the Uniform Code of Military Justice), including actions and speech that threaten good order and discipline.

The proposed amendment would have it read like this

a) PROTECTION OF RIGHTS OF CONSCIENCE.—

(1) ACCOMMODATION.—[Except in cases of military necessity,] the Armed Forces shall accommodate the beliefs, [actions, and speech] of a member of the armed forces reflecting the conscience, moral principles, or religious beliefs of the member and, in so far as practicable, may not use such beliefs, [actions, and speech] as the basis of any adverse personnel action, discrimination, or denial of promotion, schooling, training, or assignment.

(2) DISCIPLINARY OR ADMINISTRATIVE ACTION.—Nothing in paragraph (1) precludes disciplinary or administrative action for conduct that is proscribed by chapter 47 of title 10, United States Code (the Uniform Code of Military Justice), including actions and speech that threaten[actually harm] good order and discipline.

The changing of the wording is very vague but I will explain as quickly as I can what that does to our military.

This is all a gross violation of the Uniform Code of Military Justice, the Constitution of the United States, and just common decency.

Do not agree with this! I know they don’t because most of the upstanding Christian men in my unit are not like this at all. Neither is my wife – she’s a Christian, also. (Yeah and I work for American Atheists – if we can make it work anyone can)

General Boykin and Congressman Fleming are lying to the American people and they need to be stopped. The detriment to our nation’s armed forces by this heinous act would be horrible. Here are some of the half-truths being propagandized by these two:

That’s the whole list I could compile. Maybe they should check with the list of over 33,000 infractions committed against service members by those same fundamentalist Christians. I can get you that data (because it actually exists and actually is illegal)

Now to do a quick debunk of these four claims (WOOT!) – I only have knowledge of the last two so bear with me on points one and two…

Well, praying about it won’t help (but if that’s what you do, go ahead – but also!!!). Let’s make sure the Senate knows the ramifications. We need to act. We need to get the press involved. We need to contact the Senate.

This has only made it to the Senate Armed Services Committee. It has not gone forward into the full Senate yet so we still have time…but not much!

Contact your Senator today! I don’t care if it’s through email, phone, or both. But please do this! And pass the word along.

It’s not just the atheists..

Christians are in just as much danger of being subjugated by this legislation as anyone else. Of the 33,000 clients of the Military Religious Freedom Foundation (I’m a client) over 96% of them are Christians. They are just Christians who “aren’t Christian enough” for these fundamentalists. If this amendment passes into the legislation I surely hope that the White House vetoes the entire bill.

December 7, 2013
A Thank You Note From an Elementary School Friend
Next Post

December 9, 2013 The Future of the Chaplaincy
Recent Comments
0 | Leave a Comment
Browse Our Archives
get the latest from
Nonreligious
Sign up for our newsletter
POPULAR AT PATHEOS Nonreligious
1

How (and Why) Evangelicals Blow Their...
Roll to Disbelieve
Related posts from Rock Beyond Belief