This last year SWAT teams from across the nation rallied together for another annual convention where they meet and compete. This year it took place in Oakland, California. It’s like your typical gun show that takes place many days throughout the year across the nation, except on steroids.

A reporter from Mother Jones was there on the ground covering the event in person but his focus was primarily on the militarization of the police force, which is a valid issue to address. At the end of the convention there is an excellent “war game” put together where the different SWAT teams compete against one another for the title of champion. Interestingly, members of the Marines attend this convention in order

To learn different tactics. You have some of the best guys out there, and they give their input and we take that back with us and teach our Marines.

Yes. But we aren’t in a hyper-militarized police state at all… Of little note and brushed to the side in the article was something that came off as startling and wholly offensive to myself and, I’m sure, many others. The culminating event for this was a hostage rescue situation. The scenario had a Christian church taken over by terrorist extremists and it was up to the SWAT team to rescue all the hostages.

Unfortunately, the scenario could not have been left at just that – the scenario specifically read “a militant atheist extremist” group would be the terrorizing organization. Now to place any specific label on a scenario such as this is offensive to any group. Had they chosen Christian extremists, Muslim extremists, or even Buddhist extremists it would have been equally as offensive. The problem, however, also lies in probability and public perception.

There actually ARE Christian extremists in the United States and that would honestly be the most likely scenario that would play out. In fact the vast majority of Christian persecution in this nation comes from other radical Christians – even in the military where nearly 99% of the claims of (real not perceived) persecution against Christians come from other Christians. But let’s look at the likelihood of an atheist extremist group doing this on the auspices of atheism. In my short years on earth I’ve never even heard of an atheist extremist group. The rhetoric from Christians continue to claim that there are atheist extremist groups but the only credible article I could find on the subject was this one, where 29 people died as a result of the attack. That article was satire, though, so I’m again left to wonder where this notion came from. 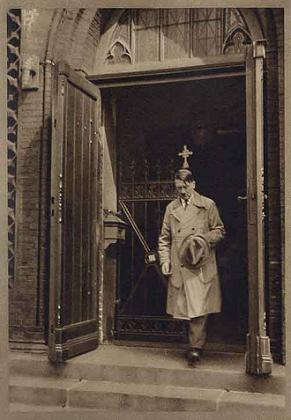 Undoubtedly, there have been horrible atheists throughout history who have committed atrocities, but not a single one of them did it in the name of atheism. If anything they embraced another ideology, instead of their atheism, and acted on that instead – think communism in the Soviet Union. I guess we could always look to Hitler, but he was a devout Catholic. So why, then, would the police forces use a group that has historically not engaged in acts of terror as a potential threat? Public perception. Atheists are one of the least trusted demographics in the United States. When polled the average American trusts atheists less than Muslims (which I feel the bigotry towards them would be obvious by this point) and rapists, which only brings us to the unsupported conclusion that they would assume atheists would be murderers and child molesters as well.

One of the teams taking part in this training was a Marine squad and it is incredibly disheartening to see the final scenario painted as it was. Not only was it categorically wrong, but the framers of the convention failed to even take into account a likely scenario of a real threat. A Christian terrorist organization is far more likely in this country than any other type, despite they hype and hoop-lah the press gives radical Islam. For now they are content to attempt to instill Biblical Law through legitimate means, but the vitriol and rhetoric from the Dominionist camp is growing ever louder.

In the meantime atheists will play the patsy.

February 22, 2015 American Chicken Hawks and Obama Have a Failed ISIS War Plan, Veterans Left Out of Planning Again
Recent Comments
0 | Leave a Comment
Browse Our Archives
get the latest from
Nonreligious
Sign up for our newsletter
POPULAR AT PATHEOS Nonreligious
1