I really don’t have much to say about this. The VA is placing many mentally ill veterans, including this Vietnam Veteran, onto the streets. They held this guy in the mental ward because he refused to have his foot amputated.

When he finally acquiesced, they cut off his foot and tried to kick him back into the streets to be homeless. The ONLY reason he isn’t homeless is because his daughter, an OIF veteran, got to the San Diego Airport in time to stop him from “boarding” a plane. I say “boarding” because he is missing a foot now and was wheelchair-bound without any insulin. He most likely would have died had he boarded the plane due to not having his medication.

He’s now living in a hotel. Is this what we fight for? Is this what we die for? I was going to write a big story about it. I’ve been investigating it for days….but I just can’t. Hopefully these fuckers go to prison.

When are we going to fix the VA? It needs to be expanded, updated, and properly funded. They also need to weed out the assholes who only work there for a paycheck and benefits.

Here is the VA email exchange and the story from the daughter.

April 3, 2015
Why I'm Happy About the RFRA and Other Random Ramblings
Next Post 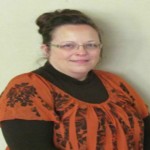 Nonreligious
American Chicken Hawks and Obama Have a Failed...
Rock Beyond Belief