I want to stop and talk a bit about the idea I mentioned in my last post about compartmentalization. Compartmentalization is what every single one of us does to avoid having to come face-to-face with a painful truth. We block that information away into another part of our minds so we can keep believing something. To maintain a cherished belief, we use different ways of approaching the information so nothing gets too jangled. We never ever let ourselves cross the streams.

We all do this. We all use different standards to evaluate different parts of our lives. Sometimes we’re coldly rational, sometimes sentimental. Sometimes we put up with a lot in one place where we just wouldn’t cut as much slack in another. Sometimes we apply critical thinking skills so we can easily recognize fallacies in one subject but just don’t apply those skills elsewhere.

If you’ve ever seen a news article about a person who’s committed some awful, awful crime with absolutely overwhelming evidence for it, and then seen that person’s friend or partner saying “No way–X is such a good person!” then you’re seeing compartmentalization. If you know a doctor or lawyer who is smarter than you or I will ever be but who is for some wacky reason way into homeopathy, you’re seeing it. If you know someone who claims to be a good person but who lies a lot and cheats on his or her romantic partner, you’re seeing it (trufax: I once chatted up a nice H&R Block lady who confessed to me that she hates getting the loud and pushy sort of turn-or-burn Christians in her office because they always, always, always ask her to help them cheat on their taxes and she has to remind them that she’s not going to prison for them; every time, she said, the encounter ends with them inviting her to church and warning her about hell). In my own life, even now, I think of myself as the kind of woman who eschews the rat-race of stereotypical female vanity, but if you looked at my shoe shelf, you’d quickly see that I have my moments (I wish I could say that the fringed purple suede Korean platform boots are an aberration, oh I wish I could; forgive me, for I have sinned).

We all want to believe we apply cold, hard logic to things, and we don’t. Not me. Not you. We get presented with something–especially something threatening or contradictory to our viewpoint–and our emotional brain sees it and reacts to it faster than our analytical brain can even recognize what it’s seeing. And you know, it makes sense to me that our survival might well have once depended upon being able to make instant, knee-jerk assessments of situations so we could flee or prepare to fight if need be. So we see these things and instantly react to them, then later–only later–decide how those reactions are actually perfectly in keeping with our beliefs.

And we all want to believe that we are consistent in our worldview and outlooks, when we aren’t. I would never, ever pretend that I was a perfect Christian–even when I was actually a Christian I couldn’t do that–but I did think that I was an open-minded person when I wasn’t at all, that I was a gentle-hearted person even as I was judging and condemning those who didn’t believe as I did, and that I demanded evidence for claims when really I was content to accept others’ statements and claims about Christianity without assessing them immediately. Was I open-minded, gentle-hearted, and rational in a lot of ways? Yes, I’m sure I was. But was I consistent about it? No, not nearly as consistent as I needed to be.

When I was Christian, I know now that I was guilty of this sort of rationalization. I thought I was happy–but my journal, read years later, told me I was anything but. I thought I was following Jesus out of love–but that same journal told me otherwise. I thought I had rationally accepted Christianity’s truth based on evidence–now I know I got lured in by fear and uncertainty and the “evidence” was laughably thin. I thought I was fighting for babies when I joined the anti-abortion fight–but really I was fighting for my own gender’s re-enslavement. It took a series of absolutely overwhelming events to make me realize what the truth was about all of these things. I have a lot of sympathy for people who are caught in conspiracy theories or other weird ideas, because I know how strongly the mind tricks us all into thinking that we have perfectly logical, rational reasons for behaving like we do–and I know how effectively we draw lines around our behavior to persist in mistaken beliefs about ourselves.

Long ago I loved reading Larson’s Book of Cults, a Bob Larson book written before the popular Christian talk-show radio host and apologist/exorcist lost his mind and became a(n alleged) money-grubbing shill. It was a survey of dozens–maybe hundreds–of world religions and sects that was written from a decidedly non-impartial evangelical mindset. Despite the obvious bias, the book was actually pretty even-handed. Some of the religions he detailed were fairly innocuous, but Larson always ended even his most generous descriptions with at the very least a “Well, but they’re not Christian, so they’re just wrong even if they’re not doing a lot of damage.”

I wondered at the time why these religions were wrong but Christianity was right. Some of these religions’ only sins were denying the Gospel and not being, well, Christ-centric. Why were they the wrong ones, though? Their followers were all positive they were on the best possible path and that Christianity was wrong, at least for them. By what means did Larson know for sure that Christianity was right? Well, Christianity at least ostensibly followed the Bible and accepted Jesus Christ as its savior. That was enough for me then. But now I think about all these religions’ own religious source documents and how they all think those documents are compelling enough to  base a religion around. What made their documents inferior and ours superior? (I would find out later about John Loftus’ brilliant Outsider Test for Faith, but back then we had to invent that wheel independently.)

What, indeed. I already knew that the Bible was filled from top to bottom with errors, inconsistencies, and outright lunacy, things that no outsider would ever find compelling and that insiders only reconciled after considerable mental contortion. How could such a document be trustworthy as God’s chosen word for the world? How could I trust this document to tell me what God wanted from me? In short, I was starting to see religion as a sort of wedding, with each side bound by vows. What promise was God making in return for my promise of allegiance and “love”? And how did those promises match up with the reality I could see all around me?

After having been completely and totally disillusioned with Christianity itself, I was about to embark on a Bible study that was going to make or break my belief in the Biblical God at all. A lot of Christians consider themselves “spiritual but not religious” or fancy that they follow “Jesus” and not “men’s religion” or whatever the trendy way is nowadays for Christians to say so they look more dedicated and hardcore than all the other Christians. Some Christians are even now breaking away from Pauline religion to follow a more apostolic one, meaning they try to follow the Christianity described in the Gospels rather than that described by Paul’s epistles and later weirdness, making a clear distinction between the slightly-less-toxic and way-lots-more-toxic sides respectively of the religion.

But Christians kind of have to do that, don’t they? The Bible’s filled with brutality, bloodlust, abomination, and barbaric depravity–and that’s from its god. Some Christians go with “that’s not in my Bible” as their rationalization. And they are correct. It isn’t in their Bible–the Bible they carry around in their heads, the Bible their Sunday School teachers, pastors, and parents have told them about all this time. They have successfully compartmentalized all of this stuff, when they know about it at all (because considering they’re one branch of “People of the Book,” Christians really, really, really have no idea what’s in there sometimes–most ex-Christians discover that they learn more about the Bible after leaving the religion than they ever knew while in it, and I’m definitely in that number even after all my study prior to deconversion). They know about the Flood though, and the cruel and astonishingly unfair curse God put on Adam and Eve, about the Tower of Babel where God deliberately impeded human progress out of insecurity and jealousy, about the horrific, terrifying slaughter of Sodom and Gomorrah (you try to tell me there were no pregnant women and young children in those cities, just try, and imagine all those people screaming and burning and dying in fear and pain like those poor wretches in Moore, Oklahoma did), and the Plagues that hurt and killed so many innocent people–but Christians somehow manage to put all that stuff in a box and keep it away from their image of a loving, caring “father.”

Not for nothing do I think that most Christians’ god doesn’t resemble in the least the one described in the Bible, and I’m thankful for that actually. Without knowing about the concept of compartmentalizing, we’re left with people who are totally cool with the idea of a god murdering an entire planet’s worth of people to try to fix a mess-up he made in the first place–a mess-up that would only repeat itself as soon as his ant farm began to breed again. His followers fall back on the get-out-of-discomfort-free card, “context,” or try to find explanations that fit, and perhaps are soothed a little until the next time they come face-to-face with the truth again.

I invite you today, on this lovely summer day, to think about where you might be compartmentalizing–where you might be letting some things off the hook in your mind without challenging them, where you might be keeping yourself from seeing something clearly to save some cherished idea from the light of truth, where perhaps you’re boxing up facts to keep them from jangling together too much. Be gentle with yourself. You’re fighting eons of evolution here, and it won’t be easy. But try. A life spent pushing truths into boxes is not nearly as fun as a life spent embracing the truth in all its multi-faceted, nuanced glory.

May 29, 2013
How I Became the Only Pro-Choice Pentecostal I Knew.
Next Post

May 31, 2013 Stopping Thought.
Recent Comments
0 | Leave a Comment
Browse Our Archives
get the latest from
Roll to Disbelieve
Sign up for our newsletter
POPULAR AT PATHEOS Nonreligious
1 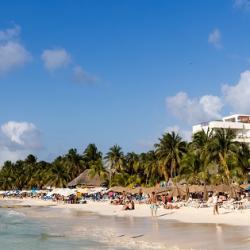 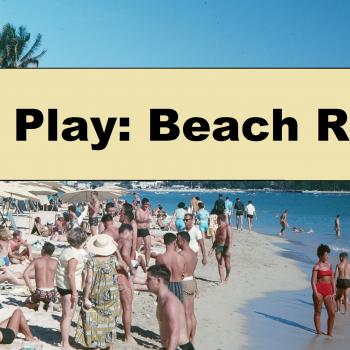