Out of every other crime against humanity that a big swathe of Christianity has committed, and let me be clear here when I say that it’s committed quite a few, I’ve got to say that its war against non-straight people has got to be the one that its adherents will be apologizing for over and over again in the years to come–especially since I don’t think they’re going to have the privilege and influence to be able to spin this one like they did their supposed support for civil rights for minorities decades ago.

It’s shocking to me to see just how bad Christianity has gotten about gay/bi people especially. When I was a Christian, obviously my church didn’t approve of gay people, but we knew so little about it back then. Someone could say things like “it’s a choice” or “it’s just a lifestyle decision” and not get laughed off the world stage. And almost none of us even knew any out gay/bi people to contradict that impression.

I say “almost” because I did know one gay youth, and the memory takes my breath away with its sharp pain even today.

His name was Wayne. He was a lanky young man with thin blond hair, big, earnest blue eyes, the sweetest and most gracious disposition a Christian could hope to have, and a crushing affection for penises.

Wayne was a Southern Baptist and I was a Pentecostal who was in no danger whatsoever of ever stepping foot in a SBC church ever again, so I guess he considered me a safe target for his coming out confession. Now I realize what an honor it was that he trusted me that way. I wish I’d been a better target for his honesty, a better safe harbor for him than I was.

It was very late at night and we were talking on campus when he asked if he could tell me something. I said sure, of course–why couldn’t he? He was one of my most trusted friends and a dear, dear brother in Christ. I don’t remember precisely what he said, but it amounted to “I’m gay and I don’t seem to be able to stop myself from being so.”

Now, please remember in my defense that I’d never actually met someone I knew for sure was gay before that moment, and almost everything I knew about homosexuality came from Chick tracts like this one and the shreds of information unwillingly absorbed while learning about HIV prevention (HIV was still very, very new in the late 80s/early 90s in my neck of the woods). Even so, obviously Wayne didn’t fit any of the stereotypes I recognized. He wasn’t a biker type or a swishy flamboyant queen like the tracts portrayed. He was as clean-cut and as preppie as anybody could wish–and until this moment I’d thought he was one of the most upstanding human beings I knew.

The thing was, even knowing his whispered secret, I still thought he was. Wayne was genuinely tortured about this facet of himself, and if there’d been any way whatsoever he could become straight, he’d already have done it. I could see that in an instant. I didn’t know what to say, in those fleeting moments after he told me his biggest burden. I had no idea how to handle this kind of big stuff. No idea at all. “Just pray a lot” didn’t seem like it’d be adequate, but I didn’t have much else in my toolbox.

“Let’s pray,” I eventually managed to say. I tried to let him know, in my stumbling way, that I still cared about him and would do anything I could to help him change. We prayed, and we both wept and begged and pleaded with our god to please, please, please help Wayne stay away from sin. I guess what little support I could offer was enough, because over the next few years, Wayne and I talked and prayed together off and on about his ongoing struggles. Despite all our begging, our god completely ignored Wayne’s great need and his earnest supplications, even though we used the magic formula: “In Jesus’ name, I command it!”

I didn’t know about Exodus International back then, but since it had been rolling since the 70s, chances are Wayne did. Its concepts–that you could change your orientation, that you could become straight with the Christian god’s assistance–were ones that Wayne clearly believed and tried to put into practice. I didn’t realize until much later just how much of their sick message Wayne had internalized, but I suspect most gay kids at that time went through much the same thinking he did.

I wish, I truly wish, I could go back in time to be the real support Wayne needed. If I was the only person he could talk to, and I was of that little use, I can’t even imagine what kind of hell he was going through. And I couldn’t understand at all–I wouldn’t have understood even if he’d told me in detail. What he did tell me was bad enough. He told me about the torture he experienced every single wretched day of his life–I mean, think about how heteronormative our society is now, and just consider how much more so it was in the 80s. At every turn, my dear friend was confronted with a life he couldn’t ever have no matter how hard he tried and how much he prayed.

Basically, Wayne was looking down the double barrel of a life either spent committing a sin that he thought our god would never, ever forgive, or else a life spent alone in chastity or pretending to be straight with some poor woman who might not even realize what she was signing up for. His only options were a lifetime of lies, a lifetime spent without the companionship and connection that straight people take utterly for granted, or the risk of eternal hell for seeking some kind of real happiness. That was it. That was what he got.

It never occurred to either of us to question what we’d been taught–we erroneously trusted our leaders to be right. We didn’t realize that Wayne had unfortunately found himself in the crosshairs of the very beginning of a great culture war, and that his sexuality and very identity were just pawns in a fight to keep Christianity dominant in American society. We had no idea of any of this. We just knew that for some reason our god had decided that Wayne was supposed to suffer and struggle against a force that most people would never, ever get slapped with. For some reason our god had chosen him to fight the demons of homosexuality, and though we didn’t ever say this fear aloud, I know we were both terrified that sweet, passive, gentle-hearted, kindly Wayne was not up for this fight at all. Our religion taught that no burden was insurmountable if one had enough faith, but in reality, we both knew that wasn’t true.

One of the last times I spoke with Wayne, he was planning to go on some big retreat. He hadn’t talked about his “problem” in some time, but now I wonder if that retreat’s goal was for him to try to learn how to be straight and break his addiction to cock. I never found out how that went; I ended up moving to Japan and we didn’t get back in touch when I returned–I was deconverting, and had already found out how several of my old Christian friends felt about that idea, so I wasn’t really enthused about talking to any more of them. If that was the retreat’s goal, though, I’m not betting it went well for him. I have no idea if he managed to cobble together a life of chastity, or if he’s right now living a lie and trying his best to be content with that, or if he finally realized that if Christianity was this wrong about “choosing” one’s sexuality, that it was likely wrong about a whole bunch of other things, too. I try not to consider the possibility that his struggle proved too overwhelming to bear.

Maybe he’ll see this post one day and recognize himself, and I’ll be able to apologize for not being the ally and resource he really needed back then. Maybe he’ll learn that I learned, in time, to listen to gay people and trust their own accounts of just how hard it is to “choose” or change their orientations; maybe I’ll be able to tell him I got my head out of my ass and realized that sexuality is not a choice but a part of the self that gets recognized, sometimes, as early as a person’s toddler years, and realized, too, that I was wrong, so wrong, so wrong to consider being gay a sin of any kind, to consider gay love inferior to other forms of love, to consider gay people as intrinsically flawed. Maybe he’ll find out that I’m doing my best to be that ally and resource for other gay people, and I’m making sure to vote and speak out against bigotry as often as I can so that no other gay kid goes through the living hell he did long ago. Maybe he’ll forgive me. Maybe not. All I can do to atone for my past sins, since I’m unable to apologize in addition to making amends, is to do much better moving forward.

I’ll leave the arguing to other, more knowledgeable voices over just what the Exodus assholes’ justification for closing was. I’m certainly not a good judge with my record, as ignorant as my offenses were. I’m just glad that sick group is closing shop before they get yet more innocent blood on their hands or disseminate a single more untrue or ignorant belief. One day our children will demand to know why disgusting organizations like these existed, and we’re going to have to answer to them. I’m glad that I’m going to be able to tell the next generation of young people that I figured out how bad Exodus was and began doing what I could to counter its toxic and evil influence long, long before they were finally shunted off the world’s stage.

Exeunt and adieu, Exodus, and may your corpse rot on the roadside as a reminder that when dogma conflicts with honest and humane treatment of others, honest humane treatment should always win. And look at that, it did this time–eventually anyway. Whaddya know? Sometimes good does win even though it’s dumb. So next time we’ll get back on track and talk about superheroes and Buddy Jesuses galore. Consider yourself invited.

June 19, 2013
The Christian's Guide to Ex-Christians: Your Testimonies Don't Really Matter to Us
Next Post 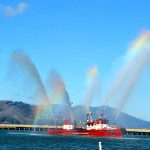