You’d think that the proselytization process for a “god of love” and a “prince of peace” would involve, I don’t know, sharing good news about his easy yoke and light burden or something. Maybe sumpin-sumpin about all the miracles his people think he’s done.

At the moment, the big thing running around my Facebook page lately is this really dumb video called “The Final Warning.” Apparently it’s from a much longer movie, but I’d never heard of it before the excerpt began making the rounds; it’s just a standard “end times” fetish video trying to link Revelations and whatnot to modern events. And I watched this excerpt so you don’t have to.

Like pretty much every “Christian movie” ever made, it’s emotionally manipulative and makes assertions it doesn’t demonstrate, like “you were born in sin,” which nobody has actually proven to be true. It insists (at 00:56) that “you are doomed” and pictures a guy in manacles about to be tortured or something and some guy who I assume is Jesus stands in front of the prisoner and takes the beating for the prisoner. It calls this beating “extraordinary” and insists “god died for you” (yeah, I know–citations please!). It shows the prisoner’s shackles breaking off his wrists and then chides people for not spreading the “good news” anymore. The guy takes Jesus’ hand and looks very appreciative. Later on he gets armored up with a sword and fights black-robed ninjas or something and Jesus puts his hands on the guy all the time in a way that really seemed kind of, um, not hetero and weirdly sexual. And of course there’s a shot of the armored dude hugging a little child who smiles up at the camera because of course there is. All the while, unverified, non-credible claims flow across the screen. (If you thought of Terence & Philip’s movie ads, you win a cookie.)

It’s eleven minutes of my life I wish I could get back, basically, a waste of time, but its stance is astonishingly popular.

And the amazing thing is that the Christians linking to this video think it’s not only a compelling argument but also an actual warning. We have to straighten up or else, because Jesus is coming back Real Soon Now™ and we need to be fighting the good fight on his behalf. The video is more geared toward Christians than non-Christians, but this is being presented as a compelling video for non-believers. This unspecified thing is happening soon and we all need to look busy because the boss is returning, and this is our FINAL WARNING.

I have to admit I feel sorry for the guys who had to play in this turkey. Shots of the “prisoner” raising his hands in prayer just reminded me that he’s basically talking to the ceiling. Of course the “prisoner”‘s armor and weapons are vaguely Bronze/Iron Age-ish. Of course Jesus is a standard-issue fundagelical “hippie boyfriend Jesus” with Caucasian skin and creamy-white vaguely-Middle-Eastern robes. Of course there’s never an explanation of why Christians need to get busy or what exactly they are fighting for or against. Obviously, there’s no proof offered for a single one of the many ludicrous assertions the video makes. But it just keeps making them. And if you think the full-length movie is any different or better, well, just know that it’s drinking-game fodder the whole way through from what I can see.

One gave a whole “come to Jesus” speech with her video offering. Another of them offered this up without comment but later made clear that she was completely convinced that the world’s final moments were indeed nigh and that everybody needed to see this video and take it to heart.

Now, let’s be clear: these are threats on behalf of a deity whose existence has never even been credibly demonstrated.

I hate being threatened, but I most especially hate being threatened with stuff that can’t even be demonstrated as a danger. I don’t plan my life or make major decisions from a place of “fear of the unknown.” I most especially don’t kowtow to gods who get their way through fear. But for some reason, threats are the go-to conversion technique for many Christians. They don’t even recognize why these threats just make their claims more ludicrous and less believable.

Christians, if you’ve got an ex-Christian in your life, please don’t threaten that person without demonstrating, credibly and with evidence, that the threat is valid. If you can’t do that, then all you’re doing is using your invisible friend to bully people and make them afraid of the same stuff you fear, and don’t think most ex-Christians don’t realize that.

If someone can’t make a case with evidence, it’s probably best to not make the threat at all. All skeptics are going to say is “Prove it,” which will undo all those manipulations and threats that Christians try to use against us to get their way.

I love that more and more people are waking up to the powerful nature of that phrase, “Prove it.” It’s such a simple and effective comeback to threats like that video uses. Prove it. Prove that threat is valid. Prove that a god is coming back to this world and will care what humanity’s been up to. Prove that there’s some risk that needs to be avoided. Prove that the offered method of avoiding that risk actually will work better than some other method.

Final warning? For Christians, perhaps. The religion seems like it’s in its death throes. But not for the rest of us. The more threats come out of the religion, the more obvious it becomes that threats are the only way its adherents can get others back into line. Threats are nothing but a mark against a religion, a signal that all other methods of convincing people have failed. And again, don’t think that most ex-Christians don’t know that.

September 30, 2013 When A Person is a Better God Than "God"
Recent Comments
0 | Leave a Comment
Browse Our Archives
Follow Us! 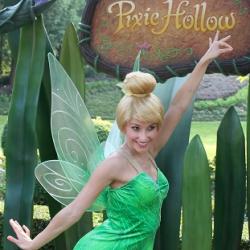 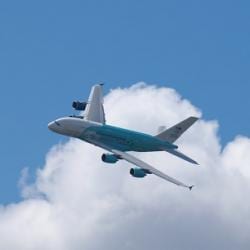 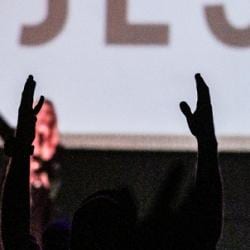 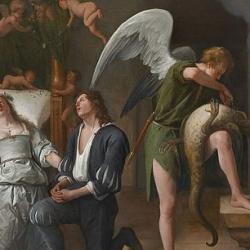 Nonreligious
A Repulsive Urban Legend Retold in 'This Present...
Roll to Disbelieve
TRENDING AT PATHEOS Nonreligious