People keep finding my blog through searches related to the SCA and Christianity, so I’ve been thinking about this topic for a while now. (BTW: Hi!)

The Society for Creative Anachronism, or SCA, has been around since the 60s, when a bunch of folks, among them now-noted fantasy/sci-fi writers, got together in someone’s backyard for an afternoon of medieval-themed frolicking. They liked the outing so much they decided to have another. And another. And another. Now the SCA has branches all over the world, including Antarctica, and many thousands of participants.

I was living in Houston when I first heard about the SCA; I didn’t even hear about it from anybody local. It wasn’t my crowd by a longshot. I was just barely seventeen, and newly out of the Pentecostal Church I’d joined briefly during a Rapture scare. My mother was probably very relieved that I was out of fundamentalism. I hadn’t gotten back into gaming because I hadn’t found anybody who gamed who was even remotely nice to hang around with; looking back, I seriously can’t remember anybody but maybe a couple of very odd kids who played any roleplaying games in my school. So I plunged into the Drama Department and read a lot, and began writing again.

I didn’t get to talk to my old friends back in Mobile much; this was in the days of long-distance charges, and we were just teenagers without jobs. But one day I was talking to my old friend Alan, from back home, and he told me something startling: he’d gotten into this group that dressed up in costumes and did medieval-style fighting and feasts and stuff.

I was instantly captivated. I’d never heard of such a thing in my entire life. Alan had been our ringleader and GM (game-master; the person running a tabletop roleplaying game like D&D for players) for a while, and whatever we privately thought of him, we generally were his henchmen. He was Adam Young to our The Them, with all the implications that personification implies. So when he said he’d gotten into this group, the SCA, I paid attention.

I wanted so badly to join. My best friend at the time, Jennifer, wanted to join as well; we were a united front that our parents couldn’t resist.

My mom was still not sure at all about this idea, but Alan put me in touch with a really nice local woman named Beatrice who came over and talked to my mom. Beatrice was Mom’s age and even looked a bit like her, and they got along great. Beatrice said she’d help me and Jennifer get kitted up properly for our first “event,” or SCA festival.

Jennifer, Beatrice and I spent a couple days at my place sewing costumes. I already knew how to sew, thanks to my mom, who had just about a full dressmaker’s setup, so it made the most sense to camp out there. Beatrice was a “lady of substance,” as the saying goes, and she was making a lovely traditional “tits on a plate” Elizabethan/Tudor dress out of olive-green velvet. It looked fabulous on her–I helped her hem its skirt and I was just astonished at what a difference this fine dress made to Beatrice, who in normal, “mundane” (the term indicates non-SCA, real-world, modern stuff or people, sort of like if “muggle” were an adjective as well as a noun) clothes was rather dumpy and unassuming. She was just another extremely-overweight Texan with permed hair. But in the gown, she looked like a duchess, and she was beautiful. The transformation shocked me.

My mom let me raid her fabric hoard for my first momentous costume. I was going rather more simply dressed than Beatrice due to the time constraints. I decided to make a pink T-tunic (the term means something like a T-shirt cut, but it’s usually longer than a T-shirt; mine was to the ankles) and two-sided burgundy apron sort of affair. Jennifer went with the same idea but with a pale blue dress and yellow apron. In retrospect, it wasn’t a bad costume at all for a first-time effort. The apron came out a bit lopsided, but overall it was pretty good. And I was totally hooked on costuming from then on.

The event was a lot of fun. Beatrice drove me and Jennifer to the event; it was held at a hotel ballroom filled with brightly-dressed people dancing and talking and eating and singing and playing instruments. Bunting, tapestries, and painted hangings adorned the walls. Lanterns and candles set the ambiance.

I don’t even remember what the event’s theme was or what it was celebrating, if anything. I just knew that I was thrilled to be there. This was something exciting and different and new to me. It was something I’d craved, something that thrilled me. I found magic here of a sort that I’d always believed existed in a world that was becoming more distressingly non-magical by the day. One of their sayings was “Follow the dream,” and I took that to heart.

This first event is where I met Biff, incidentally. I had never seen anybody in real life who was so handsome or dashing. I didn’t have the experience, at seventeen, to understand what I would realize later about the type of person Biff was. At the time, I just knew I’d die if I couldn’t talk to him.

When I finally worked up the courage to approach him, he turned out to be personable and charming. He said he was into “light fighting,” which meant fencing more or less, and I instantly said “I want to learn how to do that!” He offered to show me how it worked and invited me to his local group’s practice session the next weekend. I said I’d be there. Up until that moment, I’d never even thought about fencing beyond an entrancing scene in Animalympics, but now suddenly it became a consuming passion to learn.

One thing I noticed right away: the SCA wasn’t religious at all. There was a rather effusively-affectionate guy running around who said he’d been a Baptist minister once before deconverting, and I think someone liked to dress up as a friar or something, but the Society strictly prohibited any religious proselytization efforts. I liked that. I was weary from my time as a Southern Baptist and then a Pentecostal, so you can probably easily understand that I was thankful for the break.

I spent years in the SCA–fun years at that. I wrote poetry. I learned all sorts of dance steps. I learned how to swashbuckle with the best of ’em. I made, and still have, an awesome pink-and-purple partecolored leather doublet (which still fits, thenkyewverymuch). I helped make and serve vast feasts, sparking a lifelong love of food history. I read history voraciously, eventually all but eschewing the science fiction and fantasy authors I once adored. I got way into costuming. I began gaming again–unsurprisingly, most of the SCAdians I knew were tabletop gamers–and drifted away from the more mundane world of high school and its attendant pettiness and perceived shallowness. Oh, and also, Biff and I began to date.

When he converted to fundamentalism, Biff quit the SCA because he thought the group was “worldly,” meaning it wasn’t 100% focused like a laser on Jesus Christ, and after a period of struggling to stay active in the face of his withering disapproval, I re-converted and left as well, but I never forgot those days of high adventure.

When I finally got over Christianity, I rejoined the SCA again (Biff briefly flirted with the idea of rejoining to make me happy, and was even in the process of working out how he could proselytize and remain somewhat within the Society’s rules), and I found the same magic I had left behind long ago. I got even more into costuming and history, in the process amassing a fabric and book hoard I can only describe as “embarrassing.” I was a member in very good standing in our worldwide Garbaholics Anonymous group, but I had no desire to rid myself of my addiction. Hey, at least my library/fabric hoard fits in one room. Mostly.

But decades have passed since those heady days. My bones are too old and sore now to go frolicking into the woods to camp, or to spend hours at a time on my feet helping cook and serve feasts, or to even sew or bead like I used to do all the time. It is so very true that youth is wasted on the young.

But over time, I discovered something:

Just as people who say they need to “find themselves” and travel the whole world often discover that what they sought was actually inside themselves all along, just as people often find when they go looking for a guru to tell them stuff they need to figure out for themselves, I discovered that the magic I had long ago craved and yearned in the world around me was always there–inside me–waiting for me to unleash it. I’d never needed to find fairies at the bottom of the garden, or dragons in the library, or an intergalactic Grand Vizier to sweep me into adventure.

Humanity’s great struggle in many ways is an attempt to live grandly in the short span we get on this good dark earth. And everything we need to do that is right inside us right now, waiting for the amazing day we open the box’s lid to peek inside it. Fear holds the box closed–sits on the box and cautions us. But the human spirit can’t be chained forever by fear. Sooner or later, that box is going to be opened. So I say to all who read these words: 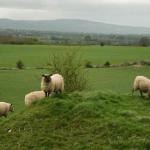 October 8, 2013
How Christian Leaders Fleece Their Sheep
Next Post 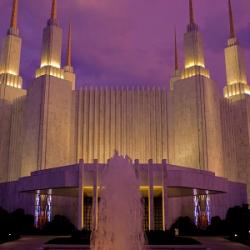 Nonreligious
Biff and the Mormons: Scrubbing Toilets in Heaven
Roll to Disbelieve 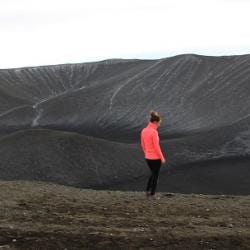 Nonreligious
A Pastor's Apology in Portland (Revealed Way Too...
Roll to Disbelieve 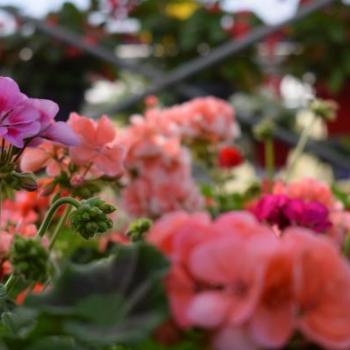 Nonreligious
Captain Cassidy and the Case of the Mother's...
Roll to Disbelieve 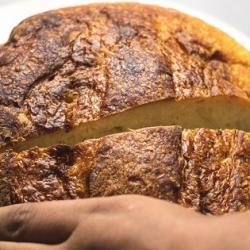