Faith In Humanity (We’re Gonna Be All Right)

It took me a minute as I woke up on the bus to realize that I was being spoken to by a stranger.

I blinked back sleep, terror, bad dreams, cold, loneliness, and everything else and looked up the man who was trying to get my attention.

I’d been on the Greyhound bus for, I suppose at that point, twelve or sixteen hours or so. I’d taken it from San Antonio and was now somewhere around El Paso, I guess. And I was hungry. I had no money at all. It’d seemed like such a foolish and small thing at the time I’d boarded the bus, fleeing as I was, but now the idea of starvation rations or worse for days ahead–I was going to Vancouver, BC–was nowhere near as acceptable as it’d been when I first boarded.

The man? I had no idea who he was. We’d made small talk; he was sitting near me, and he was polite. I was polite back but scared to talk to strangers on a long bus ride. He was Mexican-American and much older than me–in his 30s, I reckon now. His name was Martin Figueroa–he made a joke about it being like the Marriage of Figaro, a joke that surprised me considering he looked and dressed like a migrant farmhand, and a joke that’s stuck in my memory for the last two decades (yes, I’ve altered the name and joke, but that was the gist of ’em). He didn’t flirt with me or make me feel uncomfortable, and when he realized I was scared and just wanted to read by myself, he left me alone.

I’d dozed off at some point, which is I guess where the bus stopped at a small roadside pit stop to fuel up and let the passengers get food. I’d awakened briefly. I remember I looked at the Jack-in-the-Box sign with longing, but I didn’t have enough money to blow on food right now. I was saving my spare change for Los Angeles, the midway point, when I knew I’d be really hungry. They’d have vending machines there, I knew. I’d been thinking for hours about what candy bar I’d buy.

Now Martin stood in front of me on the bus in the aisle with two hamburgers in his hands. He gave me a rueful little smile as I woke up. “Do you want this extra burger? They gave me two burgers, and I can’t eat two burgers,” he said, glancing back at the restaurant with withering scorn, shaking his head, the unspoken Silly fast-food workers can’t get anything right! hanging between us.

He held one of the burgers out to me.

“Are you sure you don’t want it?” I managed to ask. No, he said; if I didn’t take it, likely it’d just get thrown away. He gave me another smile.

I didn’t know what to say. Somehow I kept from bursting into grateful tears. I accepted the sandwich and tried to eat it slowly. We talked more. He had a nice spread around Kenedy, he said (that’s a small town in central Texas), and I was welcome to come visit if I ever wanted to see scorpions up close or just relax–he was in the phone book and the only person with his name for many miles around. I thanked him and listened to his stories of teaching himself guitar and playing around Texas for small change. Slowly the food coursed through my body and brought me back to life. We parted ways as friends. I’ve never forgotten his kindness or generosity. Wherever he is, I hope he’s well. For the rest of my life I’ve never forgotten what it’s like to be hungry and have someone help out, to be locked in a cocoon of sorrow and have the darkness lifted by another person’s hand. His gift has been paid forward more times than I can count.

That said, it’d be fifteen more years before I realized that no way in hell had the restaurant just happened to accidentally have given Martin an extra burger.

We’re gonna be all right, folks. We’re gonna do just fine. We’ve got each other, and that’s all we ever needed.

It’s gonna be all right. 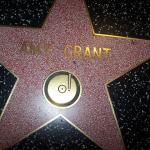 November 13, 2013
Why is Christian Media So Awful?
Next Post 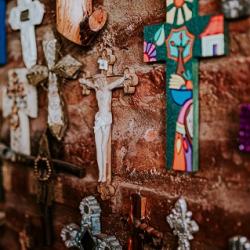 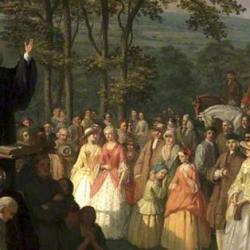 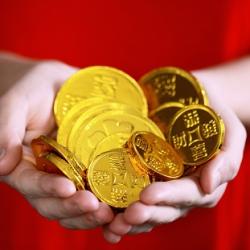 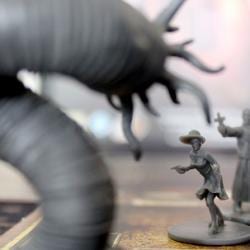