The other day, a Christian radio host accused megapastor (and smirking Lizard King of misogynists) Mark Driscoll of plagiarism. He defended himself fairly well against the accusation, I thought, but more allegations have surfaced since then that he plagiarized much more than even the radio host had suspected at first.

The publishing world has been rocked with accusations of plagiarism more times than I can really count or remember. Whether it’s novelists plagiarizing (such as the 50 Shades of Grey author, whose work exhaustively and freely swipes from the Twilight series) or earnest Christian authors doing it, it seems to be a crime that is easier than ever to commit.

As a writer, I can tell you that I try my very best to keep my nose clean, but even I’ve fallen afoul of attributing. Not long ago, a well-established author contacted me to ask to use an excerpt from my writing in his own work–with attribution, of course. As I read the excerpt he wanted to use, I felt a sudden horror when I realized that I’d used a phrase I’d seen and remembered from a Victorian novel written many years ago. Had I attributed it? Maybe, but not in the excerpt he was wanting to use. Had I even noticed using it at the time? Certainly not; as you’ve seen, I attribute constantly on this blog and I really try to give credit where it is due.

The issue of plagiarism has made me far more aware of how I write and what terms I use, and to some extent it’s also made me far more sympathetic to authors who might commit the same errors–such as one prominent blogger who recently came to me apologizing for using a phrase I had used here on R2D, that he had seen it and entirely innocently appropriated it, and it has always been very easy to forgive such things because I know how tricky our memories can be. Indeed, one very popular Christian writer saw an obscure story in a religious column many years previously and over time thought the story was something that had actually happened to him–and presented it as such in one of his books. Knowing how easy it is to concoct and implant memories, I can see that and forgive it.

But then there is the wholesale copy-and-pasting of entire passages from another person’s work, the presenting of those passages as someone’s very own words, that I think forms the heart of actual plagiarism, which is what Mr. Driscoll did by lifting entire paragraphs from earlier works and presenting them as his own words. That’s not some accident. That’s not a case of someone mis-remembering hundreds of words in exactly the right order.

And, too, a mis-remembered and misattributed story or a turn of phrase that stuck in the mind is not plagiarizing word for word from (of all places–seriously) a Wikipedia entry about a dystopian science-fiction movie, which is what Rand Paul did in a speech about why Americans should limit abortion rights for women. Nor is it appropriating word-for-word material from a political think tank, which Mr. Paul also did in other speeches. His response, of course, was to try to shoot the messenger by blaming the outrage over his plagiarism on the greasy revengelust of Rachel Maddow, a liberal feminist political commentator who initially broke the story, specifically referring to the Rhodes Scholar as “a hater”.

Plagiarism is rife, as well, through the ministry of good Christian pastors who see nothing wrong with stealing and lifting other Christians’ writing. For example, here’s a link from one blogger who has often seen his work presented from pulpits without attribution, and here is a handy checklist for pastors to use when considering using other pastors’ work. As one professional ghostwriter for desperate (and, it seems, largely functionally illiterate) students notes,

I do a lot of work for seminary students. I like seminary students. They seem so blissfully unaware of the inherent contradiction in paying somebody to help them cheat in courses that are largely about walking in the light of God and providing an ethical model for others to follow.

And it is not hard to see these same seminary students going on to become ministers and spiritual leaders who have just as flimsy a grasp of the ethics of stealing as they had as students.

Who knows why it happens? Maybe because it’s not something that can be seen and touched, plagiarism doesn’t ping the “thou shalt not steal” radar. Maybe the people doing it think it’s okay because the ends–making Christians feel more secure and bringing the “lost” to their religion–justify the means; I know that when I complained to my preacher ex-husband Biff about how often he manipulated and distorted the truth, that was his specific excuse for doing it (and he got very confused, annoyed, and hurt that I thought he was totally in the wrong for doing so, I might add).

It would mortify me if I were to use someone else’s writing without attributing it, even if it’s just some off-handed turn of phrase I picked up somewhere. But to take whole paragraphs from someone else? I can’t do that. I’d rather bore y’all with a dozen attributions and links than even look like I was doing that.

I guess once again that it seems that I am simply too moral to be a Christian. But the real question is this: why would a valid religion need to lie and steal others’ work to support itself? If a real live god is inhabiting these people and informing their personalities and decisions, then why would they ever want to, much less think they need to to steal others’ work? It’s not that non-Christians don’t plagiarize; I’d never say that. But non-Christians don’t claim that their religion has a stranglehold on morality or that their members are inherently better or more moral people than are non-members. As you can see, I consider the rash of Christian plagiarism by its highest-profile adherents to be a black mark against the validity of the religion. I’m sure I’m not the only one to think so.

Next time, we’re going to talk about racism in right-wing Christianity. I’ve been chewing on a rather long blog piece about it and gathering info for it this past couple of days and I think it’s about time now. If you would like to see the piece yourself and be ready, I link you because I love you.

December 3, 2013 Taking It Back
Recent Comments
0 | Leave a Comment
Browse Our Archives
get the latest from
Roll to Disbelieve
Sign up for our newsletter
POPULAR AT PATHEOS Nonreligious
1 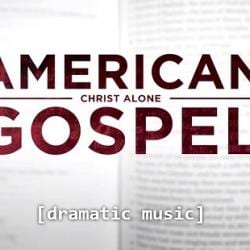 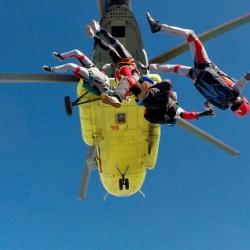 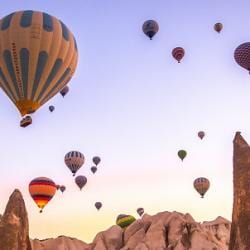 Nonreligious
John Ortberg: The Scandal That Just Keeps Getting...
Roll to Disbelieve
TRENDING AT PATHEOS Nonreligious