“I’ll just leave this here, shall I,” said the Captain, her lazy Texan drawl absolutely dripping with contempt and disdain.

Oh, we’ll get to work on the topic planned, no worries, but I saw this and it irritated me enough that I wanted to say something here before I forget.

Bill Young was an elderly GOP congresscritter who died last fall and apparently was a big freaking deal in Florida. His funeral was attended by John Boehner and a host of other big name Republicans. It was also attended by his adoring decades-younger wife and their various kids. And it was also attended by a couple of his kids by his previous marriage–kids nobody really even knew about till their names were mentioned during a eulogy. You see, Bill Young had cheated on his wife, knocked up his secretary, dumped his wife, and married the secretary eight days after the divorce got finalized. Then he proceeded to more or less ignore the kids by his first marriage for the rest of his life, and paid his spurned first wife a very tidy monthly sum to keep her mouth shut.

Why did I not even need to wonder what religion this man could possibly follow to make this kind of utter betrayal of his family conceivable? Oh indeed:

Less than a year later [after marrying his babymama], Young was awarded the Family and Freedom Award from the Christian Voice, the nation’s largest conservative religious lobby. He received the award because of how he voted on “key moral issues.”

Because everything is okay if you’re a Republican. It’s fine as long as you can ignore what you did, as long as you pay hush money. Oh, those are some fine-ass family values, all right. This misdeed against his wife goes along just fine with all the other inhuman things he worked so hard to accomplish, like total abortion bans, entrenching religion in government as far as he was able, and denying gay people protection and civil rights–as well as getting really low marks from the NAACP and the National Education Association for his piss-poor records with minorities’ and education’s needs. I’m sure the Republican Party appreciates his work keeping all those scary uppity Others (non-Christians, women, minorities, and poors) nice and dehumanized and most of all disenfranchised and ignorant, as well as his work keeping rich folks rich and dominant Christians dominant.

And yet to people like Bill Young, non-Christians are the immoral ones whose sexual impropriety threaten all that America holds dear. Right-wing Christians are very fond of saying they want Biblical law to become the law of the land–but it’s worth remembering just what the Bible prescribed for adulterers.

It blows my mind that this is the type of person that the Republican Party thinks of as a hero. I’m at a total loss for words at the thought that any Christian groups who care about families would give this nine-sided predator any kind of award. Maybe they need to vet their recipients a bit better or something.

Evangelicals especially, I tell you this: enjoy your bedmate. This is your guy. This guy. Right here. Him.

Doncha wonder just how many of those ridiculous “12 Non-Negotiables” this guy fit?

January 8, 2014 The Gripping Hand.
Recent Comments
0 | Leave a Comment
Browse Our Archives
get the latest from
Roll to Disbelieve
Sign up for our newsletter
POPULAR AT PATHEOS Nonreligious
1 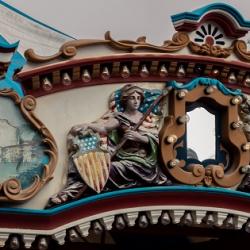 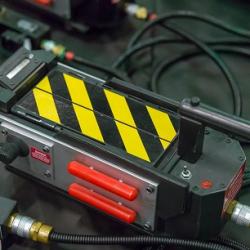