What Pearl-Clutching Doesn’t “Just” Do.

It’s been a really bad week to be a moralistic, paternalistic, patriarchal, slut-shaming, ignorance-glorifying Christian. We’ll talk about Mary Sues tomorrow, but I wanted to mention this while it’s on my mind, these two news pieces that I recently saw:

First up, of course, is the news that abortion rates are way, way, way down, as in “the lowest they’ve been in forty years.” And all the efforts of forced-birther zealots to forcibly block access and lie to women and shame them had nothing whatsoever to do with it, though of course the groups practicing these tactics are happily taking credit for the drop. You know what actually did lower abortion rates, over here in Reality Land, that happy world outside the zealotry bubble? Making contraception more available and giving women correct and comprehensive information about their bodies. Who’d have thunk?

Oh wait, we already knew that making abortion harder to get won’t impact abortion rates at all. We already knew that making contraception easily available is one huge factor in lowering abortion rates. The only folks who still think restricting access and shaming women does anything at all are in fact just the forced-birthers, and they base that off of their fantasies, not anything in the real world. The rest of us are dragging them along and hoping that sooner or later, if we keep hammering at real facts and objective truths, that these slow kids will maybe catch up with the rest of the class.

It’s almost as if moralistic pandering and ruthless threats don’t do anything. It’s almost as if treating women with respect and giving them the tools they need to manage their own bodies and lives accomplishes more than treating them like toddlers and restricting their freedom with a tighter and tighter grip on their throats.

In the same way, making sure girls have adequate sex education won’t make them more likely to have sex, either. In fact, it seems to have little effect on how much young women have sex, how many partners they have, or even how old they are when they begin having sex. The real difference? How likely girls are to have risky sex–the girls who didn’t get adequate comprehensive sex educations were way more likely to have risky sex than girls who weren’t “protected” by religious nuts from knowing about their own bodies.

The real question is whether or not Christians will keep drilling down on ignorance and threats (remember that post about disproportionate threats? Being okay with young women facing death for having consensual sex is about the worst one I can think of), or if the lives of their very own children will be more important to them than their long-cherished dogma.

I’ve got a young niece in a very very fundie-heavy state, and you betcha, she got vaccinated as soon as the vaccine became available. Her mom might be Christian, but she also knows that it’s more important to shield a child against cancer than it is to moralize at that child about sex or threaten that child with an especially gruesome death for the simple crime of choosing to have sex. Our mother, for that matter, died of uterine cancer–likely brought on by HPV, since her first husband (our father) was a real horndog who gave our mom a few different STDs, and since our family has no history at all of cancer otherwise. So this question hits really hard for me and my sister. Not that it was much of a question. Cancer’s awful. It’s a bad way to go. I cannot even imagine a parent being okay with letting a child run the risk of getting it for unapproved behavior–it’s so far out of scope with the behavior that I can’t even imagine the horrifyingly punitive, controlling mindset that’d be required for a parent to use “death by cancer” as a threat or be willing to see a child die of cancer under any circumstances if they could avoid it any way at all. That’s about the opposite of “loving,” as far as I’m concerned. I don’t know why refusing to vaccinate a child for HPV isn’t considered child abuse. Dogma should not be allowed to harm a child, and no matter what a kid does that his or her parents don’t like, surely cancer is serious enough that it outweighs the disapproval machine.

I’m so glad to be alive in this century. So many amazing things are happening. And they’re happening despite toxic Christians, who by and large seem to want us to be back in the Dark Ages.

The most irritating part about toxic Christians is that they really have no earthly clue how they come off to those around them. We’ll be talking about the more extreme manifestation of that mindset tomorrow. See you there!

Vaccinate Your Kid Or Get Out Of My Office (Daily Beast) 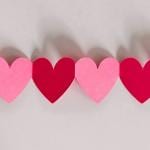 February 3, 2014
A Thought About Love and Feedback
Next Post 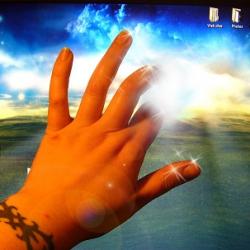 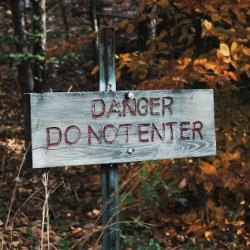 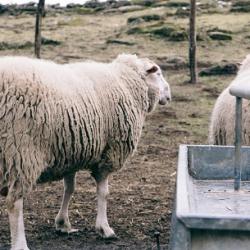 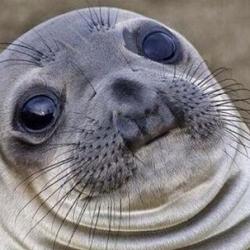 Nonreligious
The Seduction of Susan Jacobson in 'This Present...
Roll to Disbelieve
TRENDING AT PATHEOS Nonreligious

In Maine Jesus is back, but not everyone...
FOR years a 'creepy' Jesus mural had been hidden behind a tree...
view all Nonreligious blogs
What Are Your Thoughts?leave a comment
Copyright 2008-2020, Patheos. All rights reserved.