I’m putting off the planned post about religions to talk briefly about my mother. Today, on Mother’s Day, let me show you what real love feels like to experience. And let me show you how it differs from what toxic Christians have redefined as love.

My mother passed away almost fifteen years ago. Still, almost every day I feel a gut-level emotional punch over remembering that she’s gone. I keep hearing it’ll get easier one day. I’ll let you know when that happens. Until then, I wanted to talk about how she reacted to my trip to Japan.

She was of course well past horrified by my leaving for a faraway country where I wouldn’t even be able to speak or read the language, but she always took a hands-off approach to how I lived my life as an adult. What was she going to do, tell me I couldn’t go? I was over 18 and had been living independently since moving out after high school; she didn’t pay any of my bills, not even college, which I handled completely by myself (it was a different age; back then, parents didn’t automatically give their kids a college education like so many of them do now). So when I went overseas, she was worried, but she didn’t do anything but hope for the best out loud.

This was also long before long-distance was anything but a by-the-minute thing. International calls were an invitation to penury. Nowadays most phone plans include nationwide long distance. Many offer less-expensive international plans. None of that existed in the 1990s.

But she had told me to call collect the second I landed and got situated, so I called.

It was probably the middle of the night where she was, and I was in the lobby of the hotel having an emotional breakdown at hearing her voice–a familiar voice, my mother’s voice–in this hugely unfamiliar, foreign, frighteningly alien place. She was worried about me, I could hear that, but happy I was safe and doing all right. She wanted me to keep her updated. When I reluctantly hung up, having relayed all the news I could and having said everything I could, I was left alone again in a very hostile-seeming landscape.

I called whenever I could. I didn’t own a phone in Japan. Most people didn’t. You had to buy your phone number, which you kept through moves; you also had to purchase a telephone. None of this came cheap. So most people didn’t own a phone and relied on prepaid public phone cards. I still have one of the ones I bought; tons of stores offered them. They came printed with all kinds of pictures (including anime characters). You even buy custom-printed ones. People inserted them into public phones, which punched holes in them as their minutes got eaten up. Japan color-coded public phones according to the services they offered. Lime-green phones allowed international calls.

Sometimes I’d pretend I’d forgotten what time it was back in Alabama, whoops, is it really midnight there? I’m so sorry, just wanted to say hi…

The Name for God.

The Crow said long ago, “Mother is the name for God on the lips and hearts of all children.” I think there’s a lot of truth to that.

It was not “God” who helped me while I was in Japan, though.

It was my mother.

When I got my apartment about a week into my stay, my mom got my new address. Not long afterward, I got the first of many care packages from her.

I hadn’t expected one at all. Inside it, I found non-perishable foods, toiletries, and other stuff she thought we’d need and be unable to find or afford. The peanut butter she sent kept me and Biff alive. She’d always ask “How are you doing on the peanut butter?” If I indicated we were running out, she sent more. She wasn’t rich, but she did absolutely everything she could to ensure that her daughter was healthy and safe.

The Difference Between My Christian “Relationship” With Jesus and a Real One.

Unlike my god, my mother was real. She loved me in a way that no god ever had. Her love was real. I perceived and saw and experienced it. I could hear her voice with my ears, not just my heart.

During this trip to Japan, I began to notice the huge differences between a real parent and the imaginary being I had called “Father.” I began to realize what an obscene comparison it is to even call that being a parent, when he does absolutely nothing that could be vaguely considered real parenting. My mother showed me, through her actions at this time of extreme stress, what a real parent does when a child is in serious need of help.

Thus, I didn’t have to wonder what she was saying to me. I could call her and ask, any time I wanted, at work or at home. And I didn’t have to plead with her for what I needed to survive. Instead, she saw what I needed and did whatever she could to get it to me. I didn’t need to wonder where she was or why she wasn’t talking to me. Similarly, I never wondered if she really loved me. She told me every chance she got through words and observable deeds.

When I returned, she never once threw in my face that I’d failed. She rejoiced that I came home before running into total disaster.

And now that she’s gone, I feel keening loss over her passing. My grief over discovering that Christianity’s claims aren’t true was more a grief directed toward losing that happily-ever-after life that the religion’s leaders and evangelists had promised me.

Only the good die young, goes the song.

The world is so much smaller for my mother’s absence. It feels so much poorer for the loss of her. She was one in a million, a real deal good-guy.

I truly wish I could share my mother with every single person reading this who needs one. She would approve, I think. She often adopted my friends and showered them with the same love and care she gave to me. After her funeral, a number of people approached me. Until then, I didn’t know just how actively she showered her love on others. Now I was one of the only connections to her that they still saw. So shyly and one by one they came to me to share their memories of her, one last time.

It didn’t matter if it was a feral cat at the end of its rope or a disaffected teenager who’d been emotionally abandoned. She’d love them all. She’d love them right back to health. The flock of her rescue people and animals were like her little ducklings; they followed along behind her memory after her death.

It seems pretty likely that I will never see my mother again.

Once my sister and I die, there will be nobody left alive who even remembers what her physical voice sounded like.

That pains me. If anybody deserves a second shot, it’s my mother. She was hugely intelligent and missed out on a fulfilling career because she had kids way too early and married the wrong person. I hope in the end it was worth it to her to know how many lives she touched and affected.

I reject entirely the idea that any worthwhile deity would ever cause her further suffering in any afterlife. And I hope she found peace at whatever happens after our deaths.

That very concept fed into my rejection of Christianity–this idea that because she’d been an excommunicated Catholic, that she’d get anything after death but love and cherishing from any god. I’d like to think that she found a beautiful afterlife.

It’d be awesome to imagine seeing her again. But I’d rather heal naturally than rely on false hope.

She left behind her memory in all its glory.

And now you have her memory too.

My mother-in-law now reminds me a lot of my mom. Society considers mothers-in-law to be villains so often. But I’ve always adored her, and so has her son, Mr. Captain. His love for his mom was one of the things I initially noticed and liked about him. He enjoys a good relationship with his mother. They’re neither disrespectful nor clingy nor antagonistic.

I try my best to show my appreciation in tangible ways.

As the saying goes, the way a man treats his mother predicts how he’s going to treat his partner. I’d been through a few men who’d had bad relationships with their mothers, including Biff. So it was a relief to see what a great lady she is, and to see how healthy her relationship with her kids is.

So yeah, I like Mother’s Day. It’s a good day to remember mother, living or dead, worth remembering.

If you welcome being wished a Happy Mother’s Day, then consider yourself wished it! And if you don’t, then I hope you have a wonderful day regardless. May we all spend the day doing what we like best, surrounded by the people we love most.

May 14, 2014 Exiting Far East: The Outsider Test.
Recent Comments
0 | Leave a Comment
Browse Our Archives
get the latest from
Roll to Disbelieve
Sign up for our newsletter
POPULAR AT PATHEOS Nonreligious
1 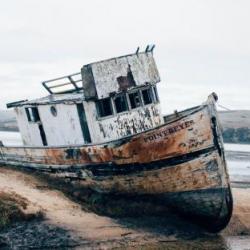 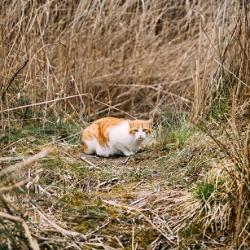 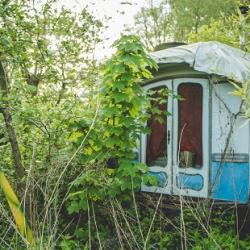