Intersectionality: Let’s You and Him Fight; I’ll Hold Your Coat

Intersectionality: Let’s You and Him Fight; I’ll Hold Your Coat June 18, 2014 Captain Cassidy

Today I want to talk briefly (no, really) about this idea you might hear me talking about sometimes, intersectionality, and what it means to me as a person and why I think it’s important.

We’ve talked here before about this idea called privilege. Privilege is when someone belongs to a class that has things a lot easier than other classes do just because of that affiliation. We’re used to seeing the term around people who grow up really wealthy, or when we talk about “the good old boys’ club.” We’re just not all used to thinking of it as something that applies to all of us to one extent or another.

Someone privileged isn’t necessarily wealthy though or in the right club. A man might not feel privileged at all, but the simple truth is that he gets stuff because he’s a man that women don’t get anywhere near as easily or often as he does. His voice carries more in the public sphere, he gets paid more for the same work, he’s more likely to be promoted into management or elected to office, he’s far more likely to see authority figures who match his gender, he’s arguably more likely to be believed in he-said/she-said cases, and a bunch more things. The default setting in this world is “male,” to put it simply. He might not have a great job, or he might feel like he’s had to work extra hard to get everything he’s ever gotten, and both those things might well be true. But a woman, on average, has an even tougher time getting to where he’s gotten.

That man’s privilege may keep him from recognizing that he’s had a comparatively easier time than a woman would have in his situation. It may also keep him from feeling a lot of empathy for her or from being sympathetic to her desire to make things more fair. It may even make him hostile to her for doing so–and it may make him feel like she’s gaining the upper hand when things start to be more fair for both of them.

What they both might not realize, though, is that because they’re both, say, white, they’re in a privileged class all their own that makes them similarly unable to recognize or empathize with the struggles of people who aren’t white.

That’s what intersectionality is all about: the idea that each of us has a number of different affiliations and identities, and some of those will be privileged while others will not. It’s the idea that all our different identities intersect with each other in different ways, and end up as how we present ourselves as a whole in society and how society reacts to us in turn. All our identities merge and mesh in a way that may be unique for any of us, so you can’t really take one -ism (like racism) and consider it totally separately from another -ism (like sexism).

The term’s been around for a while–since 1989 according to this short history. Generally the term is used in academic circles to discuss the various ways that classism, racism, and sexism combine and meld. The idea is getting some real traction with folks and for good reason. There’s a very persistent perception among quite a few folks that particular movements and awareness campaigns are only for certain people–like feminism being the sole province of cisgender white women. And that perception didn’t come out of thin air. One thing that I as a feminist must resolve and own is that the early days of feminism were a bit hostile to transgender and gay women and also to people of color–and some segments of it still can be. Intersectionality is trying to reclaim something important: the idea that social justice doesn’t just “belong” to one group but to everybody. Feminism includes wanting to extend rights to all women, not just cisgender white women. It’s about recognizing that a black woman’s experience is different from that of a white woman, and it’s about honoring and empathizing with those unique and particular struggles that different kinds of women face.

So I’m a member of a couple of classes that are privileged. I’m straight, cisgender, and white. Those three advantages confer a lot of privileges on me that outsiders don’t get. But I’m also non-Christian, poor, a woman, suffering a chronic health problem, and middle-aged. In a culture that celebrates maleness, Christian chest-thumping, wealth, health, and dewy-faced youth, I’m non-privileged in those ways. My experience as a white woman will be different from that of a black woman. My experience as a straight, older person will be different from that of a gay teenager.

We should not want to say, ever, that someone ought to be ashamed of being in privileged classes–most of the time, our affiliation with them is based on accidents of birth, so why would we be ashamed of that any more than we’d be proud of it? What we do want to do is recognize that we all have some kind of advantage and some kind of disadvantage in society and be aware of how those advantages play into how we’re treated and how we treat others in turn. Ideally, what we’ll do is recognize that all of these identities twist together into long strands that will by turns caress and slap us as we move through our days.

And what we really want to do is recognize that a lot of those -isms that we fight against may well be orchestrated by some other group entirely. If men and women are at each other’s throats about domestic violence or pay inequality, then both groups are at the mercy of super-wealthy oligarchs who stand to benefit from nobody looking closely at their business practices. The Republican Party of the United States has long employed a “Southern Strategy” of keeping racial tension bubbling and simmering so they can pander for votes among white people who really believe that black people are some kind of danger to them–and who can be induced to believe it so fervently that they’ll reliably vote against their own best interests all the rest of the time.

I know a friend who calls this approach “Let’s you and him fight–I’ll hold your coat.” It’s about inciting divisions and keeping people from working together and making them think they’ve got some kind of huge conflict when maybe they wouldn’t if they weren’t being incited to fight and kept divided.

The thing is, a lot of these problems come from the same basic sources–fear of losing privilege, fear of the Other, and fear of change. And a lot of them persist because people don’t question the stuff they hear or have the ability–or desire–to employ critical thinking skills to challenge any of it. And without an understanding of how different forms of privilege intersect and combine, there’s no promise that someone will free him- or herself from all of these -isms just because one is thrown off; it’s not uncommon to run into someone who’s rejected all religious mumbo-jumbo and thinks he or she is very evolved indeed for having done so, but still holds on very strongly to another form of privilege, which is one big reason why movement atheism (which I think of as being different from the simple act of rejecting religious claims–like the tribal identity that someone claims afterward) seems like it’s been having trouble for years with attracting women and people of color. Atheism is seen as the province of oh-so-enlightened white cisgender men by quite a few outsiders. I can’t really say my own experiences with that tribe have been universally positive. I wish I could be surprised anymore when I run into viciously misogynistic, classist white atheist guys. Many of them have let go of one dogma only to cling to the others still.

And we all know, I hope, about how similar the Christian Right’s arguments against equal marriage for LGBTQ people sound to their old arguments against mixed-race marriage; racism might be an old ghost for many Christians, but the sickness that led to that racism is still alive and well in many other anti-gay bigots who probably feel very evolved indeed for thinking of racism as downright evil.

That’s why fixing one -ism isn’t going to magically make the other ones go away. It’s like trying to cure the symptoms of a disease instead of its root infection.

As long as all these -isms are considered totally separate from each other, the big picture is going to be a lot harder to see–and the solution’s a lot harder to find, let alone reach.

So let’s keep the big picture in mind as we move forward. The wellspring from which all of this stuff comes is what we need to repair. That’s why we’re talking about ideas like intersectionality–they can help us conceptualize the problems facing our society. It’s really hard to fix problems if we can’t see or describe them.

Housekeeping: I’m working on a book of original material! No, really, I totally am. It’s called tentatively A Post-Mortem of Belief and it’s a high-level overview of my deconversion, a realistic assessment of popular apologetics concepts, and the things I wish more Christians knew about ex-Christians. I’ll keep y’all updated.

June 16, 2014
The Next War for the Christian Right
Next Post

June 20, 2014 Birthing Pains
Recent Comments
0 | Leave a Comment
Browse Our Archives
get the latest from
Roll to Disbelieve
Sign up for our newsletter
POPULAR AT PATHEOS Nonreligious
1 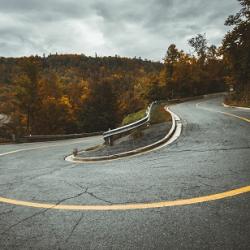 Nonreligious
How and Why Al Mohler Changed His Mind...
Roll to Disbelieve 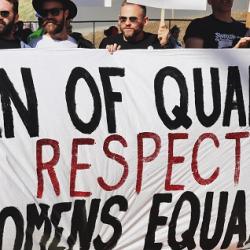 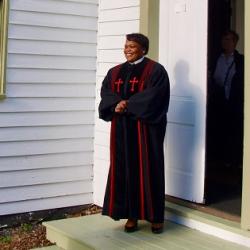